With plenty to see and do, combined with a warm summer and temperate winter climate, it's an ideal vacation destination throughout the year.

Cape Town is surrounded by numerous beaches, and one of the nicest is Clifton. Although waters of the Atlantic Ocean are not particularly warm, they nevertheless attract surfers, windsurfers and kite-boarders. Clifton tends to attract the international jet-setter types who go there predominantly to be seen. It's easy to get to Clifton Beach as it's near the Lion's Head promontory.

You will be picked up from your hotel and transferred to Gansbaai near Hermanus and then onto Dyer Island where you can surface view, snorkel or scuba dive (scuba dive certificate required) near this magnificent predator the great white shark in its natural environment. All the necessary equipment is provided.

After Table Mountain the Lion's Head is probably the most prominent feature you can see from down in Cape Town. Named because its shape resembles a crouching lion or a sphinx, you can walk to the top of it in about an hour for some spectacular views.

The Castle of Good Hope was constructed during the late 17th century in a style typical of European fortification at the time, and replaced an earlier, far more modest fort. Originally built next to the sea, waves would crash up against the castle walls during high spring tides, but continual land reclamation programs mean it's now far from the sea. 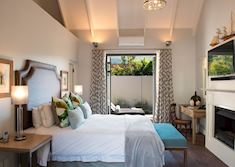 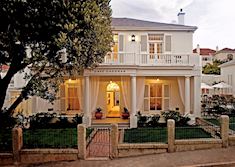 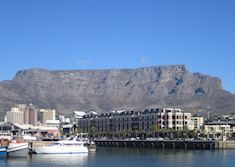