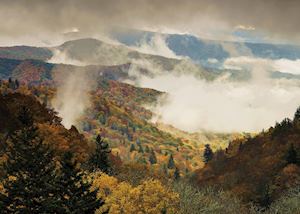 Cherokee is most famous, however, as a gateway to the majestic Great Smoky Mountains National Park. Named after the bluish haze that sits over the park's heavily contorted peaks, this natural phenomenon is made up of moisture and hydrocarbons released by the lush vegetation. More than 120 species of trees and over 1,400 flowering plants clothe the mountains with colorful spring flowers, summer rhododendrons and then the blazing colors of autumn. 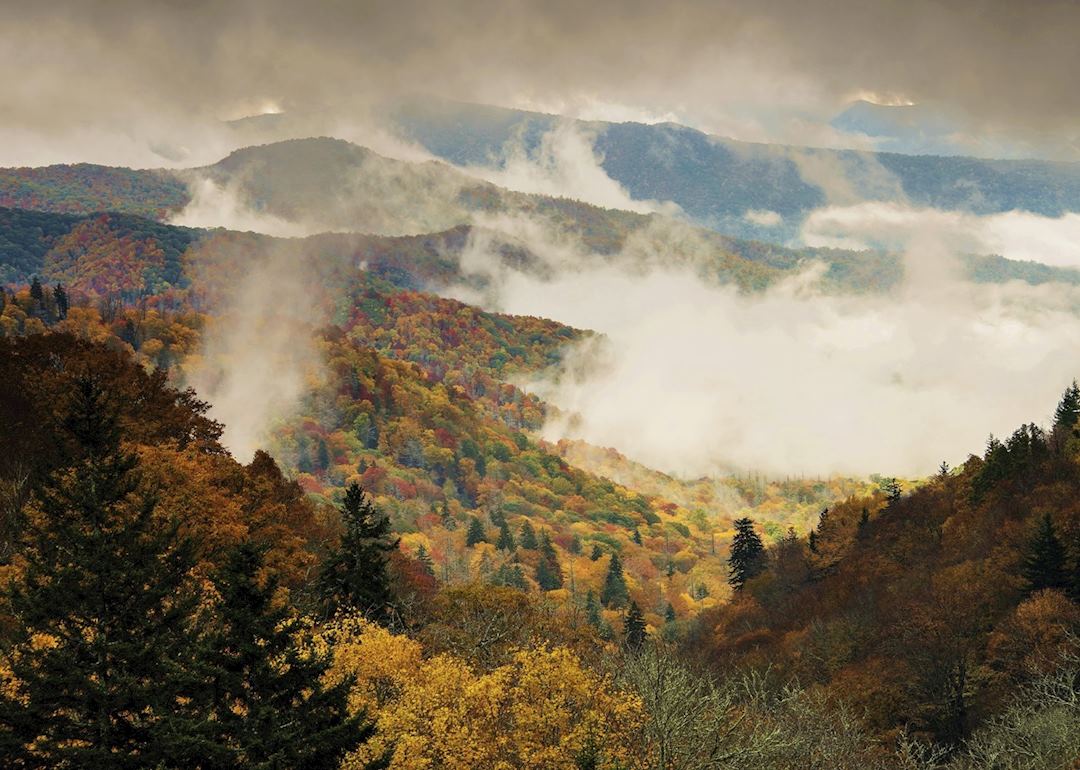