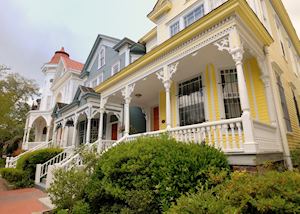 The city's finest buildings include the Owens Thomas House, considered one of the finest examples of Regency architecture in the USA; the Green-Meldrim House; Davenport House; the Telfair Mansion; and old Fort Jackson, which has been a part of Savannah's history for nearly two centuries.

Our itineraries will give you suggestions for what is possible when you travel in Savannah, and they showcase routes we know work particularly well. Treat them as inspiration, because your trip will be created uniquely by one of our specialists.