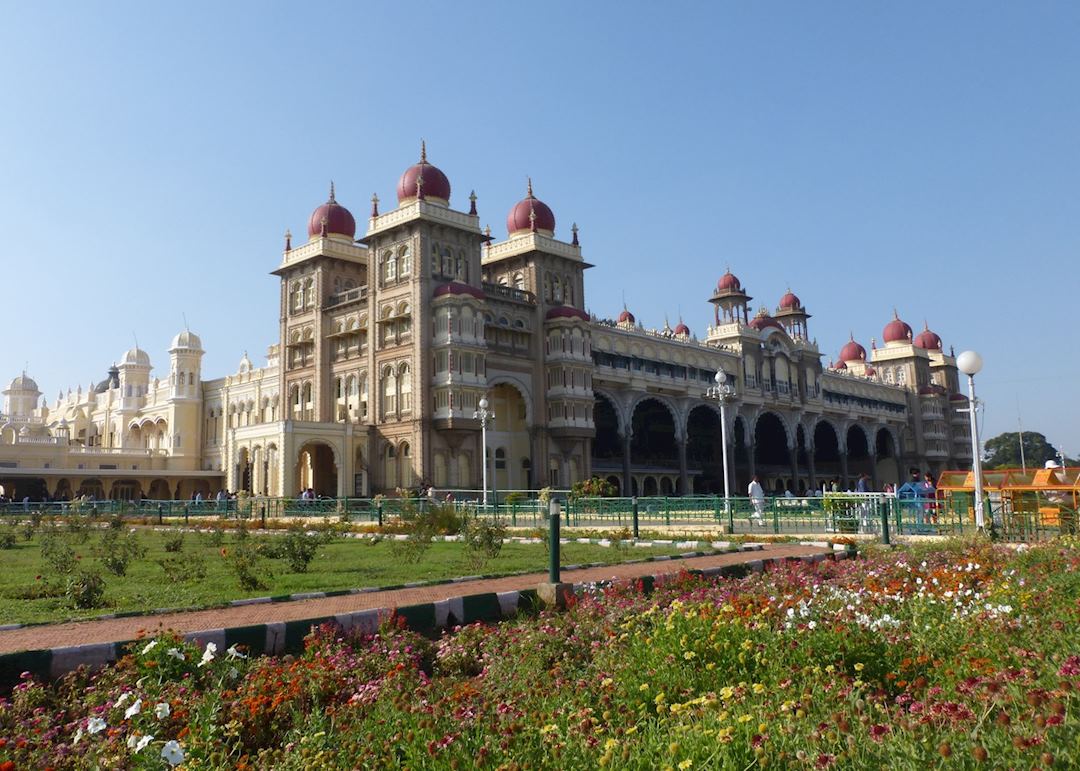 Five cities you should visit

Traditional trades, historical souqs and delicious local cuisine: read our specialists' insider guide to the quirky cities that you may never have considered, and why you should be visiting them. 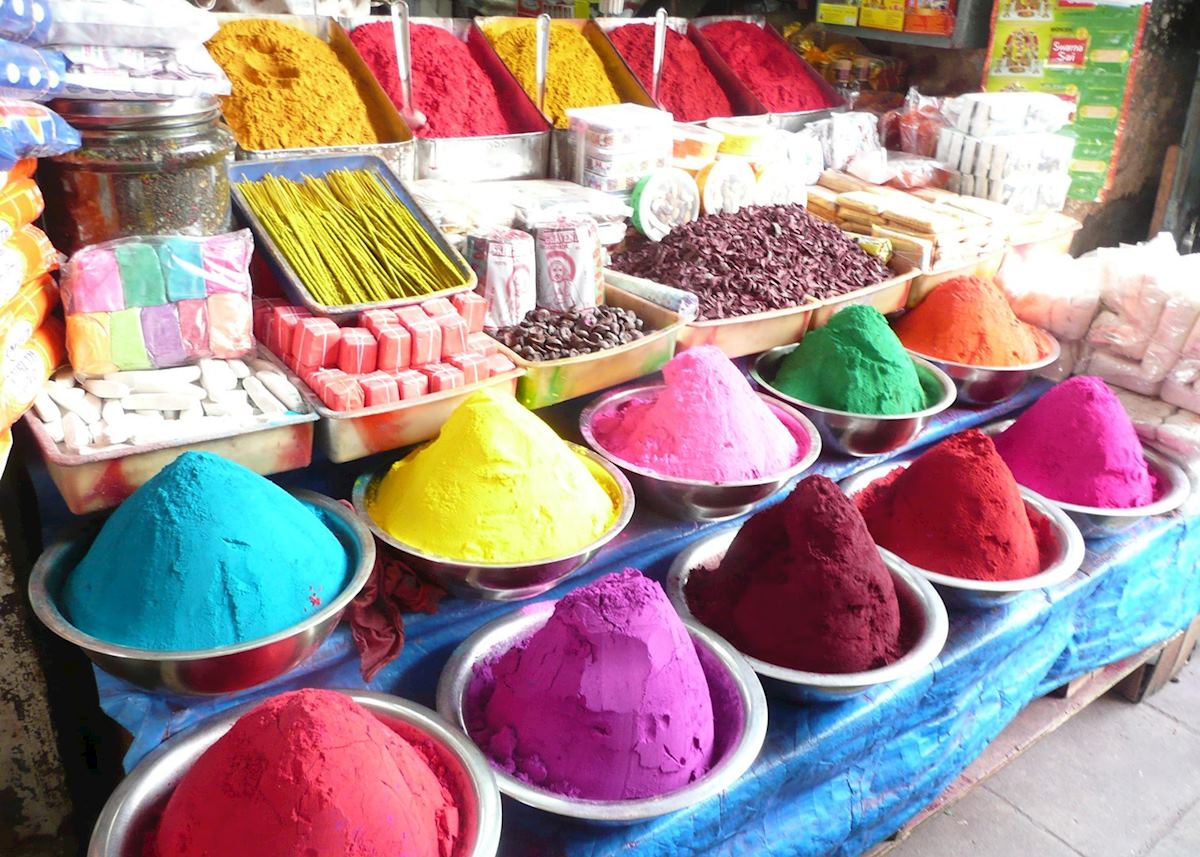 By Jessica
Maharaja opulence is at its best in Mysore, a fascinating city with few visitors, in the state of Karnataka, southern India. The star attractions are Mysore Palace (particularly beautiful at night when illuminated) and the Chamundeshwari Temple atop the nearby Chamundi Hills. A favourite of ours is the historical Devaraja Market, which dates back to the 19th century.

The best way to explore it is on foot. Starting at the northern entrance can help you get your bearings; the grand Dufferin Clock Tower,a fabulous heritage structure will help with orientation, although getting lost here is part of the fun.

The northern side of the market is full of fruit stalls, from bananas to unusual and seasonal Indian fruits such as mangoes. Take some rupees with you to sample some.

On your way towards the southern section you'll pass through the pungent flower stalls. As well as garlands and bunches of roses, marigolds and chrysanthemums, you'll also find oils, incense and candles.

Finally, enjoy the variety of vegetables and spices on offer. There's an endless array from spinaches and coriander leaves to curry powders and chillies. Around 800 traders work within the market, all will be happy to talk you through what they’re selling. If you're keen to buy, let them know, but be prepared to haggle. 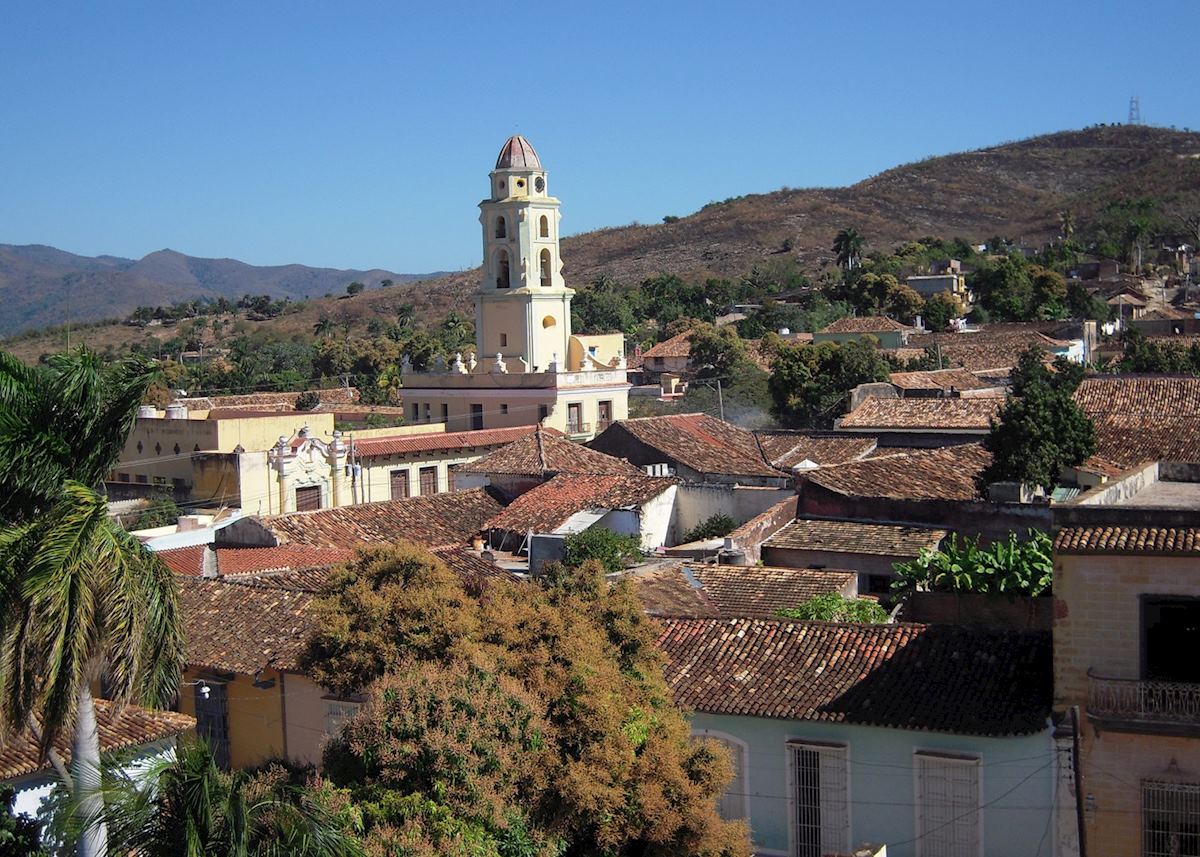 By Anna
Four hours to the southwest of Havana, Trinidad has a time-warp charm, with baroque church towers, red-tiled rooftops and a maze of cobbled-stone streets. Founded in 1514 by the Spanish conquistador Diego Velázquez, the city became a major centre for trading sugar and slaves for almost 200 years. The wealth generated during this region's dark past is reflected in the colonial architecture found in Trinidad's centre, which was declared a UNESCO World Heritage Site in 1988. A long period of isolation from 1850 to the 1950s has protected the city from development, leaving the original layout largely unchanged.

The centre boasts small cafés and paladars (privately-owned local restaurants). Highlights include the Palacio Cantero, an impressive neo-classical palace owned by a wealthy doctor who used to treat the sugar barons. It's worth climbing the rickety tower for views over the city and valley. The Palacio Brunet overlooks the main square, with its distinctive wrought iron railings, towering royal palms and colourful buildings. This palace now houses the Museo Romantico, which displays a fine collection of antique furniture.

Dusk is the best time to be in Trinidad. After the day-trippers have left, the colonial centre becomes a sleepy, low-key affair and a stroll through the dimly lit streets is a good way to get a feel for daily life in Cuba.

After dinner, head to the Casa de la Trova adjacent to the main square. This is one of the best music houses in Cuba where talented musicians play and locals dance the night away. 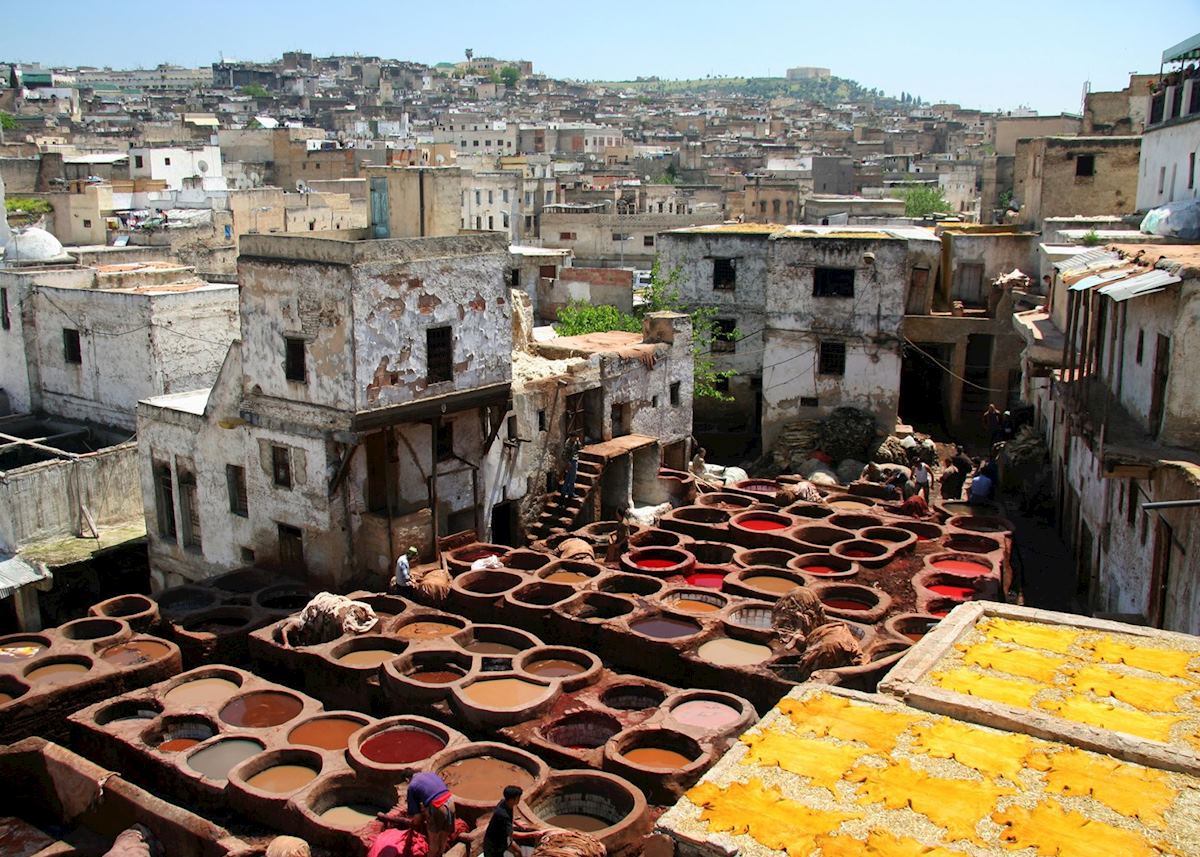 By Fiona
Due to the lack of space in the city, traditional methods are still used by most of the craftsmen in Fez as there isn't room to introduce new technology. Despite this, Moroccan leather has been prized for centuries as being among the finest in the world, and Fassi leather, which is produced in Fez is the best in the country.

The tannery in Fez is one of the the world's oldest, having been around since the 9th century. A honeycomb of vividly coloured stone vats with stork-like men hopping between the vibrant liquids, the dyeing process has remained unchanged since medieval times.

Donkeys meander through the warren of narrow lanes, carrying skins to be dyed in the pits: saffron or turmeric for yellow, poppy for red, indigo for blue, mint for green. Hundreds of skins lie on the surrounding rooftops, drying in the sun, and in the middle of it all the tanners scrape, treat, stamp and wash skins in rotation.

Despite being a fascinating spectacle, few can stand to spend more than a few minutes here due to the powerful smell. The maze of tiny alleyways and markets that make up the ancient souqs of Fez offer the ideal escape. Here you'll find the different quarters of the artisans of Fez; the Metalworkers' Districts, the Henna Souq, the Spice and Perfume Souqs and Honey Foundouq.

One of the oldest here is the Leather Souq stocked with leatherware produced from the tanneries, making Fez one of the best places to buy authentic, hand-produced leather. 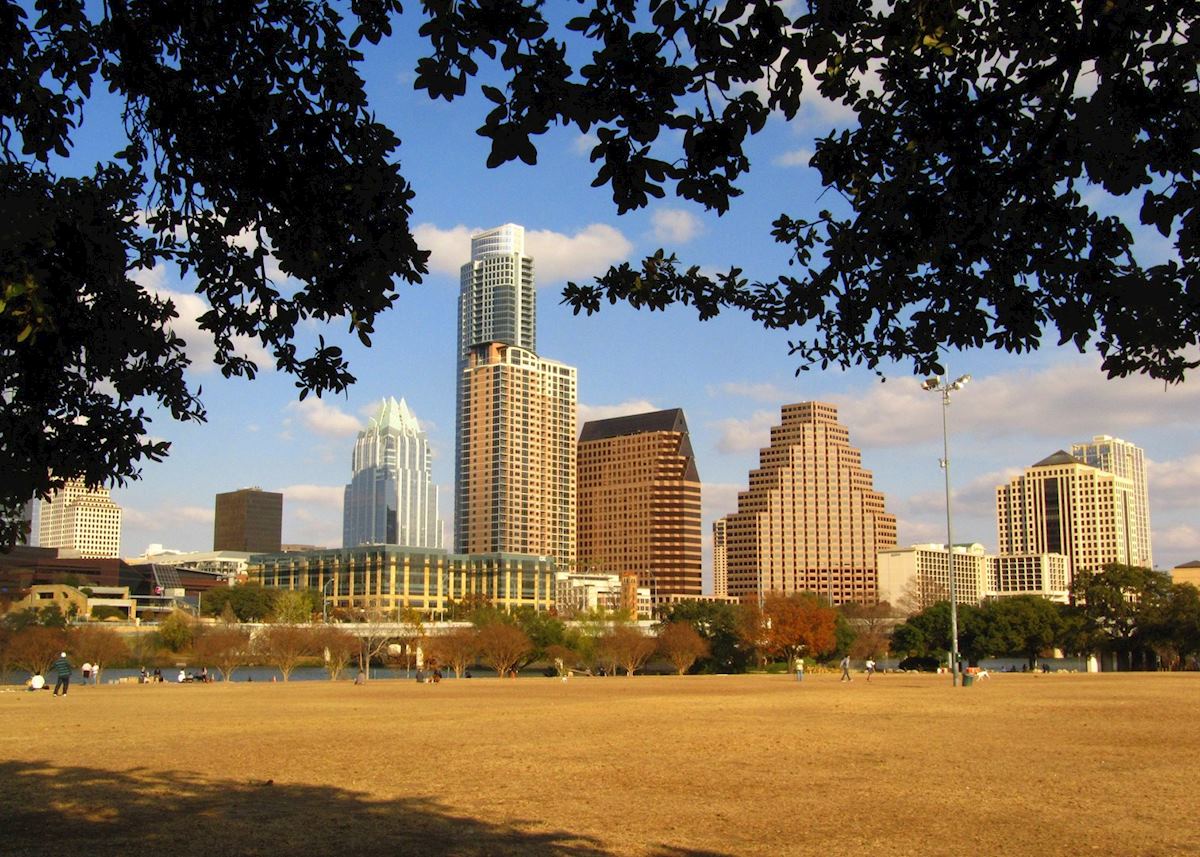 Austin, the USA: best for music

It's the self-proclaimed 'Live Music Capital of the World', with over 250 music venues and festivals held every month from February to December. The Continental Club opened its doors in 1957 and is known for supporting local acts and country music while The Parish on Sixth Street hosts famous artists from all over the world. Sixth Street offers a mix of bars, street performers, live music and restaurants and is a real melting pot of cultures and people.

The internationally renowned South by Southwest (SXSW) is Austin's largest festival. Held in March, it features an eclectic range of music and film.

Smaller festivals such as the annual Volente Olive Fest combines the cooking skills of local chefs with Texas wine and live music performances, or the Old Settler's Music Festival offers acoustic jazz, blues and bluegrass performed along with many arts and crafts activities. In October the Austin City Limits Festival has multiple stages and over 100 bands during its three days. 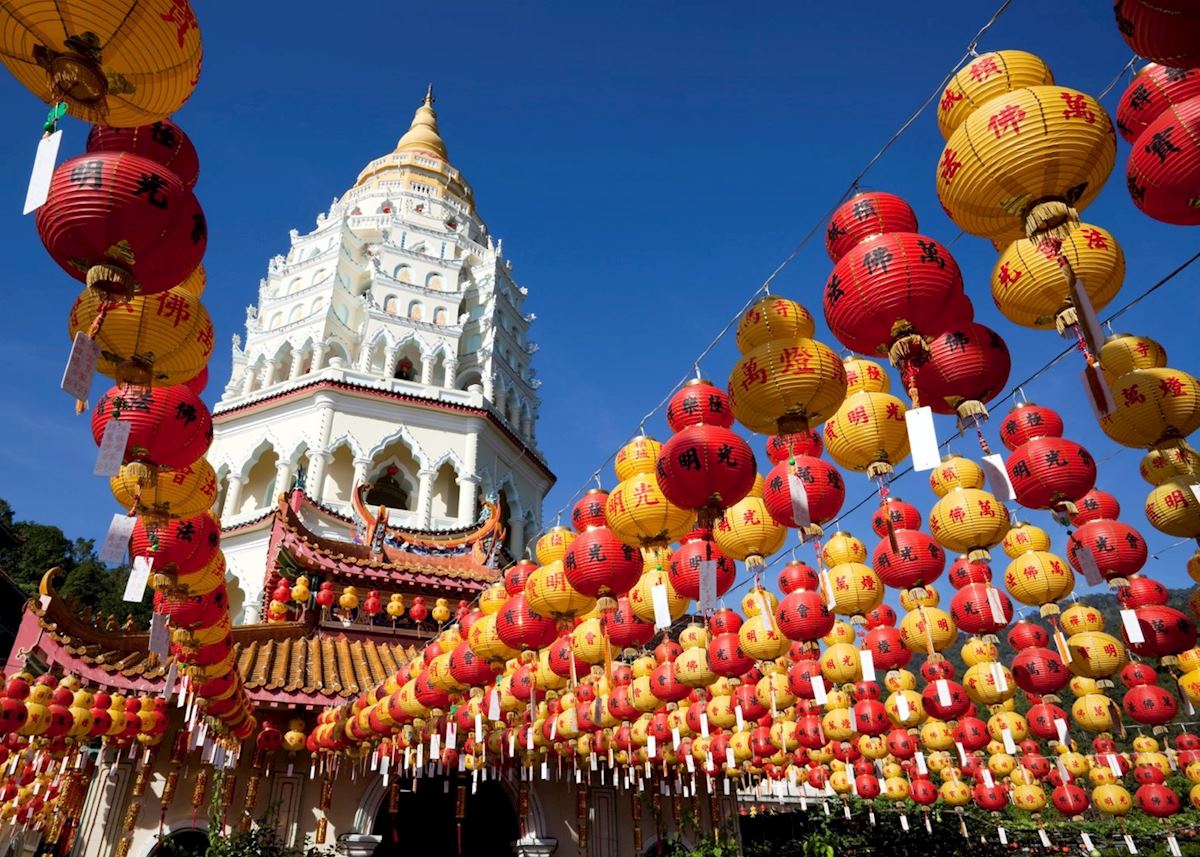 By Rebecca
When visiting the island of Penang you are immersed within a vibrant microcosm of Malaysia. Situated along the Straits of Malacca, it's home to beaches, villages, lush national parks and the UNESCO World Heritage Site of George Town.

Its small and twisting side streets are best explored by foot or in the back of a traditional trishaw, with each street centring around bustling markets and local food stalls. These markets, especially the food stalls down Campbell Street and along Little India and Chinatown, house local vendors that line the streets with fragrant and fresh delicacies.

While sipping teh tarik (a hot milk drink) in the local coffee shops, you can dine on roti canai, a delicious flaky bread that is griddled with butter and eaten alongside curry or dahl dishes. The decorations and dishes at the vendors' stalls and in the markets will differ depending on the time of the year, what fruit is in season and which festivals are up and coming. There are speciality cakes and cookies during Chinese New Year, moon cakes and lanterns during the autumn festivals and praying paraphernalia during the Hungry Ghost Festival.

Dishes such as char kway teow, a popular and sweet-smelling stir-fried noodle dish, and asam laksa, a fresh seafood soup that is poached in a tamarind, are freshly cooked in the evening and make for delicious snacks.