Bolivia has long been one of our favourite Latin American countries, and our extensive knowledge of Bolivia comes from many years of operating tailor-made and group travel in this region.

We return regularly and are always on the look out for new tours and hotels as they open up.

We use internal flights between the main towns, but outside of these areas a lot of the travelling is done on bumpy roads in 4x4 vehicles, accompanied by a guide and skilled driver.

We are aware that travelling extensively through Bolivia can be a little arduous due to the distances involved, the altitude and the frequent delays, but firmly believe that it is more than worth it.

Combining Bolivia with other countries

As well as a stand-alone destination, Bolivia fits in perfectly with itineraries to Peru or Chile (or both), and we have researched the best land routes between these three countries.

Spanish is the official language, English is rarely spoken. Many indigenous communities in the highlands still have the ancient languages of Quechua and Aymara as their mother (and in many cases only) tongue.

Grains and potatoes form the staple diet of the highlanders, often cooked with chilli-like sauces. There are many nourishing varieties of soups, and little meat pastries are very popular. In the lowlands, food is based more around the rice, yucca and bananas grown there. The local beers are cheap and tasty, and chicha is a traditionally potent Andean alcohol made from fermented corn.

Tipping for good service is an accepted fact. Amounts are obviously discretionary.

The Bolivian currency is the boliviano (divided into 100 centavos), and it is relatively stable. It is virtually impossible to change outside of the country. Change is usually in short supply. Changing US dollars or traveller's cheques (not sterling) in banks and bureaus de change is relatively easy, automatic cash dispensers are becoming more widespread in the major cities and towns. Visa and Mastercard are quite widely accepted.

When to go to Bolivia

You'll find temperature and rainfall information, together with a month-by-month guide on visiting, on our guide for when to go to Bolivia. 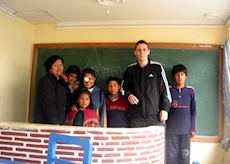 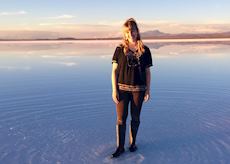