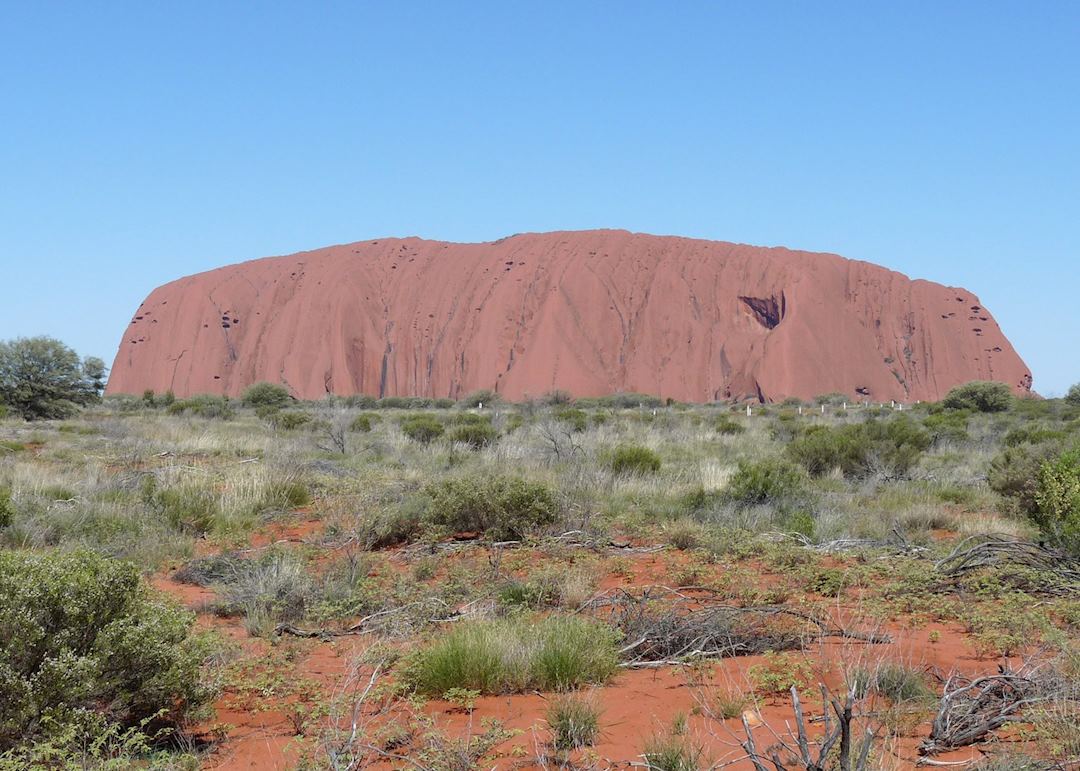 Probably the most famous rock in the world, the giant sandstone Uluru/Ayers Rock stands 348 meters high and dominates the surrounding Outback. 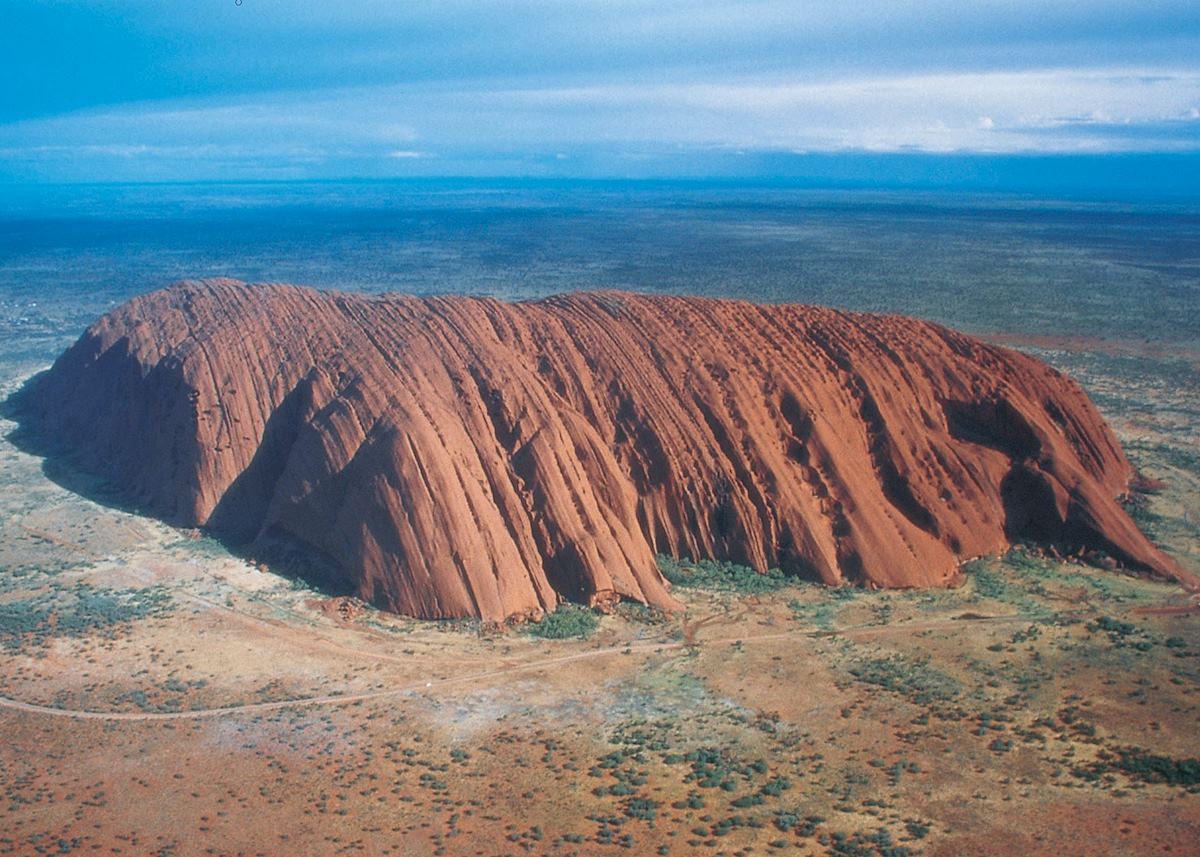 That a bare rock should attain worldwide fame is remarkable until you see it. The arkosic minerals trapped within the sandstone rock reflect the intense desert light in a myriad of directions, changing its appearance every hour and every day. For first time visitors the sheer scale of the rock is also a surprise, its base measuring nine kilometers in circumference. Despite this, it is neither the largest nor the tallest rock formation in Australia (the largest and the tallest award belongs to Mount Augustus in Western Australia).

Migrating aboriginal tribes were drawn to Uluru around 10,000 years ago by the rich desert flora and wildlife found in the pools at its base. Rainwater cascades along the gullies and cracks of the rock surface and nourishes an unexpected variety of life in the area. In this special setting the aboriginal people honoured their ancestral spirits in ceremonial caves. A guided tour of the rock art, hidden crevices and sacred sites of Uluru is one of the best ways to appreciate the spirituality, as well as the physical beauty, of this revered rock.

The first non-aboriginal person to reach the rock was William Gosse, an explorer and a surveyor, who named it after the then Chief Secretary and former premier of South Australia, Sir Henry Ayers. The aboriginal names for the rock were known as early as 1903 but there has been much confusion concerning the correct names and their true meaning. The local Pitjantjatjara aboriginal people regard themselves as guardians of the ancestral spirits of the creator beings which dwell beneath the rock and the Dreamtime stories which guide their lives and they are forbidden from discussing this with non-aborigines. The rock was formally handed back to them in 1985 and officially named Uluru/Ayers Rock in 2002. 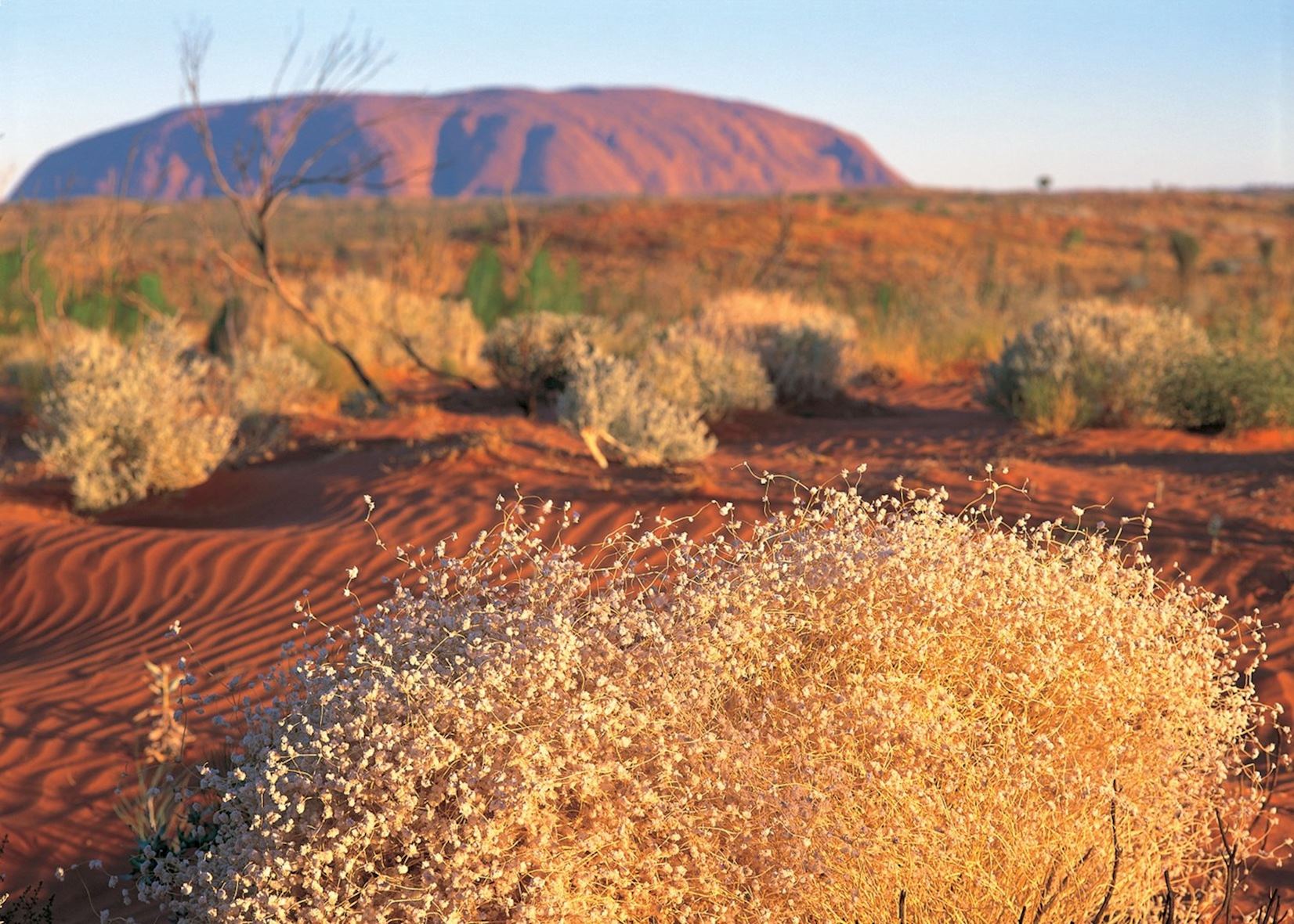 Find out more about tailor made vacations in Australia

From the burnt red desert to the lush rainforest, from the pulsating cosmopolitan cities to the small outback towns, Australia’s variety is simply stunning. Amazing, unique wildlife, great food and wine, superb character accommodation and freedom to explore combine to create an ideal place to travel.

Find out more about Australia