Australia’s wild west, a safari destination on the rise, Italy as it celebrates hosting Europe’s Capital of Culture. If, like us, your thoughts are turning to your next travel plans, these five destinations — each with a particular reason to visit for the coming year — will give you a headstart on deciding where to go in 2019.

Cambodia through a director's lens

A handful of properties, designed to show off Cambodia’s natural beauty, have earned the country a place in our trip recommendations for 2019.

The Shinta Mani Angkor — Bensley Collection in Siem Reap uses outdoor bathtubs and floor-to-ceiling glass to evoke an indoor-outdoor feel and looks out across its garden. Its sister property, the newly opened Shinta Mani Wild, is a luxury tented camp set along a river in the middle of South Cardamom National Park.

The Temples of Angkor are a long-time haunt for film-makers. Using the Shinta Mani Angkor as your base, you could spend a day touring the archeological site through the eyes of a director.

You’ll visit settings for a range of film genres, from blockbusters like Tomb Raider to world-cinema award winners, such as In the Mood for Love. The locations are brought to life through the stories of local residents who worked on the movie sets.

A grand tour of Cambodia, lasting more than two weeks, features the Temples of Angkor and can include nights at the Shinta Mani Angkor.

Colombia continues to adapt as a travel destination, while remaining one of South America’s least-discovered attractions. Among its many unspoiled corners, we’d highlight the colonial town of Barichara for 2019.

Barichara, located in the Santander Department, is often hailed as the most beautiful and well preserved town in the country. Days are easily spent wandering down the cobblestone streets while enjoying the fragrance of the ylang-ylang trees that perfume the air, just as the artists and dreamers do who have religiously called this town home.

At night you might find yourself feasting on stewed goat with a side of hormigas culonas, fat bottomed ants, a delicacy that the indigenous Guane have hunted for over 500 years. Between the months of April and June the ants take flight making for an easy to capture high protein snack.

Outside of Barichara is also the nearby Gallineral National Park a whimsical land of lichen covered trees, waterfalls, and easy hiking paths.

You can spend time in Barichara by adding it to a two-week classic tour of Colombia. Other highlights include staying in a finca in the coffee region, enjoying the energetic city of Cartagena, and playing tejo in Bogota.

With no direct flights from North America into Perth and, until now, hefty one-way car rental fees, most visitors from the US and Canada focus their visit on east-coast Sydney and the Great Barrier Reef.

The recent reduction of the region’s one-way rental car fees lets you embark on a road trip along Australia’s western coast without wasting hours and extra cost on a round trip.

Driving from Perth to the town of Exmouth, you can take in deserts and national parks, enjoy pristine beaches away from the crowds, swim with whale sharks and go trekking in Kalbarri National Park. We cover the highlights in our step-by-step guide to driving Australia’s wild west.

This Western Australia itinerary covers both the coast and interior and picks out highlights from Shark Bay’s Shell Beach to Perth.

Reliving the Renaissance in Europe

May 2nd, 2019 marks half a millennium since Leonardo da Vinci’s death. France, Italy and the UK are all hosting celebrations to honor the 500-year anniversary of the Renaissance.

During the summer, more than 700 events will be held across the Loire Valley, especially Amboise, where Da Vinci died. The most notable will be held at Château d'Amboise, Château de Chaumont-sur-Loire, where tapestries owned by Catherine de’ Medici are on display, and Château de Chambord, which is marking 500 years since its foundations were laid.

The Château du Clos Lucé, the actual site of Da Vinci’s death, houses a museum devoted to his life and works. It contains a copy of the Mona Lisa, painted by the artist himself, as well as several dozen models built based on his designs. For the celebrations, it will also display a tapestry of Da Vinci’s Last Supper.

Though he died in France, Da Vinci spent the bulk of his life in Italy. The cities where he left his mark are also celebrating his life and works, especially Milan, where The Last Supper is on display. During 2019, the city will host many exhibits, and you can visit some of the rarely shown, early sketches of the mural as well as a virtual museum that recreates the city as it would have seemed during the polymath’s lifetime.

Additionally, the recently restored Sala delle Asse will open in May, and you’ll be able to get a fresh look at the wall and ceiling art that Da Vinci painted for the Duke of Milan, Ludovico Il Moro.

England’s Royal Collection holds more than 500 drawings by da Vinci, 144 of which will be on display in 12 different exhibitions across the UK (simultaneously) in February. Venues include the Kelvingrove Art Gallery and Museum in Glasgow, the Ulster Museum in Belfast, and the Walker Art Gallery in Liverpool.

Then, in May, more than 200 drawings will go on display in the Queen’s Gallery in Buckingham Palace. Eighty of them will travel to the Palace of Holyroodhouse in Edinburgh in November.

You can explore the Loire as part of a three-week grand tour of France or see Da Vinci’s art on a 16-day grand tour of the British Isles. You can also see Milan while visiting northern Italy.

There’s a tangible atmosphere of new beginnings in Zimbabwe, both politically and economically, at the moment. We think the New Year will prove a great time to visit Zimbabwe, while it rides this optimism but maintains its low profile.

Local businesses are taking off, safari operators are investing in lodges, and regional airlines are opening new routes from nearby countries. You could find yourself staying anywhere from tented camps with bucket showers to world-class lodges, with few fellow visitors around.

We recommend exploring Hwange National Park, which protects more than 40,000 elephant, one of the densest populations in Africa.

While game drives are always on the cards, Zimbabwe has also earned a reputation for its walking safaris. Joined by some of the most highly trained guides on the continent, you can head out on foot to focus on the intricacies of the bush, from identifying animal tracks and droppings to listening for bird calls and noting the medicinal uses of plants.

As well as the arid plains and acacia forests of Hwange, you can take a boat safari to view wildlife on Lake Kariba and the crater lakes of Mana Pools, watching for the likes of crocodile, elephant, and hippo.

You can explore all the country’s highlights, such as game drives in Hwange National Park, Victoria Falls, and walking safaris in Zambezi National Park, on a classic tour of Zimbabwe. 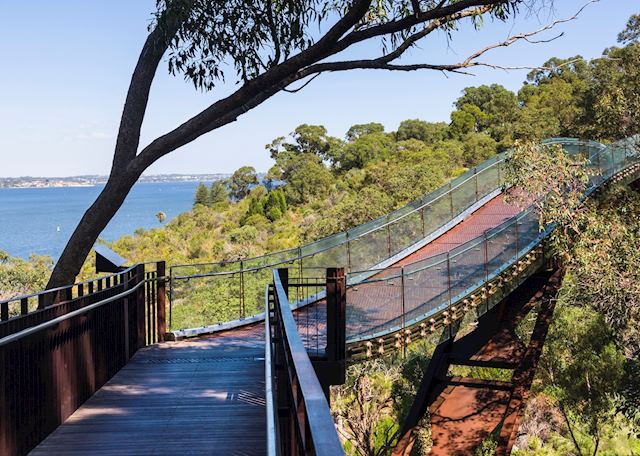