Krabi Town rests on the banks of the Krabi River and, despite its collection of cafés, trinket stalls and hotels, has managed to retain its ambience as a traditional fishing port. With its own airport, the town acts as a transport hub, supplying boat trips, snorkeling tours and diving expeditions. Overlooking the town is Khao Khanap Nam, a pair of hills that rear above the water like two sharks. 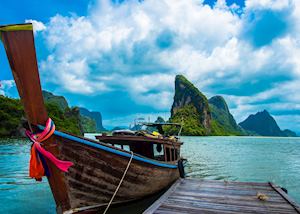 For some of the best snorkeling and diving, travel farther south to the Phi Phi National Marine Park, particularly Ko Phi-Phi Leh island. Here, you can swim in crystal-clear water under the gaze of sheer limestone cliffs. 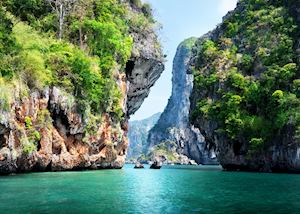