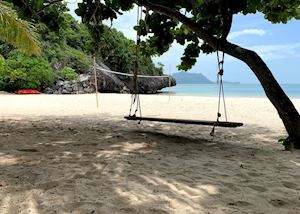 Most of the hotels are happy to help you indulge in watersports and offer equipment to guests, including kayaks and jet skis. 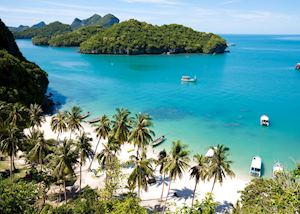 Some of the best snorkeling locally can be found at the nearby Ang Thong National Marine Park. The park first came to international attention when it appeared in Alex Garland’s 1996 cult hit The Beach and, later, the movie adaptation with Leonardo DiCaprio. It’s easy to understand why he chose to set his story here.

Koh Samui isn’t known for its diving and snorkeling, however. If you’re interested in seeing underwater life, we suggest taking a trip to one of the nearby islands. You’ll find good snorkeling, especially in the waters off the northern islands, where there are coral gardens populated with green turtles and yellow-spotted trevallies. The visibility can be somewhat limited, due to sediment in the water.

Start planning your tailor-made vacation by contacting ​one of our certified Thailand specialists... 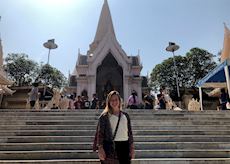