Bamboo rafting along the Rio Grande, boat trips to waterfalls and lagoons, golden-sand beaches and fishing for marlin in Portland’s capital, Port Antonio.

Set on the northeast coast, Port Antonio is the capital of Jamaica’s Portland parish, but has retained the sleepiness of a laid-back fishing village. The small city is surrounded by jungle-coated hills sloping down to unspoiled pale-gold beaches. Offshore, yachts and fishing boats bob on the azure waters.

Once a prosperous hub for the 19th-century banana trade, it’s one of the island’s largest ports and is still an important shipping point for bananas, coconuts and cacao. It was also a popular retreat for movie stars in the 1940s and 1950s, including Errol Flynn, who once owned Navy Island just off the coast.

While Port Antonio is less developed than some of Jamaica’s other cities, you’ll still find plenty to do here. You might spend time fishing for marlin, bamboo rafting on the Rio Grande, exploring the limestone formations of Nonsuch Caves or strolling through forest to secluded waterfalls.

Things to see and do in Port Antonio

Waterfalls and lagoons near Port Antonio

The beauty of staying in Port Antonio is that, as well as having opportunities to stroll its tangle of markets and faded neoclassical mansions, you can easily escape the city and find yourself in a tropical paradise.

Just east of Port Antonio are the John Crow Mountains, where you can wander among lush montane forest, home to black and yellow-billed parrots, 23 fern species and one of Jamaica’s best-loved waterfalls, Reach Falls. The 7-m (23-ft) high, 20-m (66-ft) wide cascade flows over rocks into a deep pool and has appeared in several films including 1988’s Cocktail starring Tom Cruise.

Closer by, near Hope Bay, you can take a boat trip up the Daniels River to see Somerset Falls, hidden in a deep gorge covered in ferns, heliconias, lilies and crotons. Its waters plunge into a vivid-blue pool that you can swim in.

You’re also just a 20-minute drive from the Blue Lagoon. Fed by freshwater springs, its distinctive hue alters gradually through the day, from teal to sapphire to dark navy. You can swim at the lagoon’s entrance or take a boat tour past glamorous seafront villas to Cocktail Beach (also a filming location for Cocktail) and Monkey Island.

The Titchfield Peninsula and Navy Island

To explore the history of Port Antonio, we recommend a stroll along the Titchfield Peninsula, also known as ‘the Hill’ for its steep inclines. The peninsula separates the East and West Harbours and has a history dating to the 16th and 17th centuries. The British established the arrow-shaped Fort George here in 1729 to defend against the Spanish, and you can still see three mounted canons positioned along its walls.

This area is also full of interesting architecture that reflects its heritage, from Victorian-style gingerbread houses to New England-influenced styles and Jamaican-Georgian buildings left over from the banana trade boom.

Just across the water is Navy Island, named for the British Navy, which landed there in the 1730s to assist military efforts at Fort George. The island was later purchased by actor Errol Flynn in 1940, who’d often host glamorous guests at his private retreat, including Marilyn Monroe, Katharine Hepburn, Tony Curtis and Lou Costello. You can take a ferry across to the island to explore it more closely.

Bamboo rafting on the Rio Grande

One of Jamaica’s longest rivers, the Rio Grande was used for transporting bananas from the island’s interior to the coast for export, and locals have plied its waters by handmade bamboo rafts for centuries. You can follow in their path by taking a bamboo raft along the river, expertly poled by a private guide.

Port Antonio has some of the best fishing opportunities on the island. Anglers from all over the world flock to attend the annual marlin fishing tournament at Port Antonio’s Errol Flynn Marina with the hope of landing a record blue marlin. Outside of the tournament, you can take a charter out for a morning or whole day to try your hand at catching marlin, tarpon, red snapper, yellowfin tuna or wahoo.

The beaches that line this part of Jamaica’s coast offer soft golden sands and pristine turquoise waters that appear perfectly clear on closer inspection, often backed by a green tangle of forest that provides welcome shade. You could go surfing from Boston Beach, which is known for its high waves. This area’s also known for its Boston jerk seasoning, and you’ll find plenty of local eateries to taste its zinging combinations of spice.

The Nonsuch Caves and Athenry Gardens

A short drive northeast of Port Antonio gets you to the Athenry Gardens, where you can stroll along walkways through trees, tropical flowers and coconut palms. The grounds were once used as a coconut plantation and agricultural research station, but history here extends far beyond that. The Seven Hills of Athenry where the gardens lie are punctuated with caves in which indigenous Arawaks lived thousands of years ago.

The nine chambers that make up the Nonsuch Caves are open to the public, and you can venture inside to see evidence of the Arawaks, as well as impressive limestone stalactites and stalagmites, fossils of marine life in the walls and bats hanging from the 13-m (43-ft) high ceiling of the Cathedral chamber.

Like everywhere in Jamaica, Port Antonio enjoys a warm climate year-round, with January seeing the lowest temperatures. The nearby Blue Mountains region can be a little cooler, with more chance of showers. The driest months tend to be from mid-December to mid-April, making it a great destination for a winter getaway. For a quieter time, though, visit from mid-April to May or November to mid-December.

This sample itinerary will give you an idea of what is possible when you travel in Port Antonio, and showcases routes we know work particularly well. Treat this as inspiration, because your trip will be created uniquely by one of our specialists.

We’ve selected a range of accommodation options for when you visit Port Antonio. Our choices usually come recommended for their character, facilities and service or location. Our specialists always aim to suggest properties that match your preferences.

Our specialists seek out authentic ways to get to know the places that could feature in your trip. These activities reflect some of the experiences they've most enjoyed while visiting Port Antonio, and which use the best local guides. 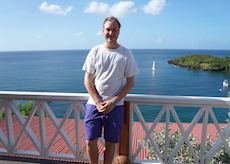