The Paukan fleet, operated by Ayravata Cruises, takes its name from Paukan Rarma — a city dating back to 846 AD, which later became Bagan, the capital of the first Burmese Empire founded by King Anawrahta in the 11th century. The Paukan 2007 was built at the shipyards in Yangon and can carry up to 55 passengers, looked after by a crew of 30. With 29 en suite cabins spanning three decks, the boat offers a comfortable and relaxing means of experiencing life on the Ayeyarwady River.

Elegantly furnished, with traditional Burmese motifs and elements of colonial style, the Paukan draws on the heritage of the company's original Scottish-built steamer from 1947. On the upper deck are 14 deluxe cabins — six with double beds and eight with twin beds — as well as two bow suites offering more living space and prime views. On the main deck are 10 superior cabins, all with twin beds, while the lower deck accommodates three small cabins suitable for single travellers. There is a sun deck with a stage for evening cultural performances, and a bar and lounge for relaxation, while the upper deck has a lecture/film room with an LCD projector and screen.

Our itineraries are there to spark ideas for how you could include a stay at Paukan Cruises as part of your trip. Treat them simply as suggestions, because every aspect of the trip we create for you will be yours to define.

Bagan and nearby places 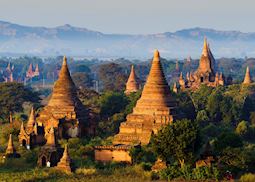 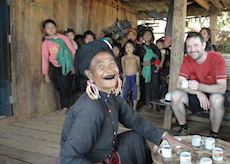