Kenya’s Masai Mara is one of Africa’s legendary safari destinations. In March, June and November, you might get the odd storm, but these are quickly burnt off by the tropical sun. Your reward is watching the bush come to life. Greg Monson, owner of Kicheche, one of our favorite camps in the Mara, tells us what makes the green season so special. 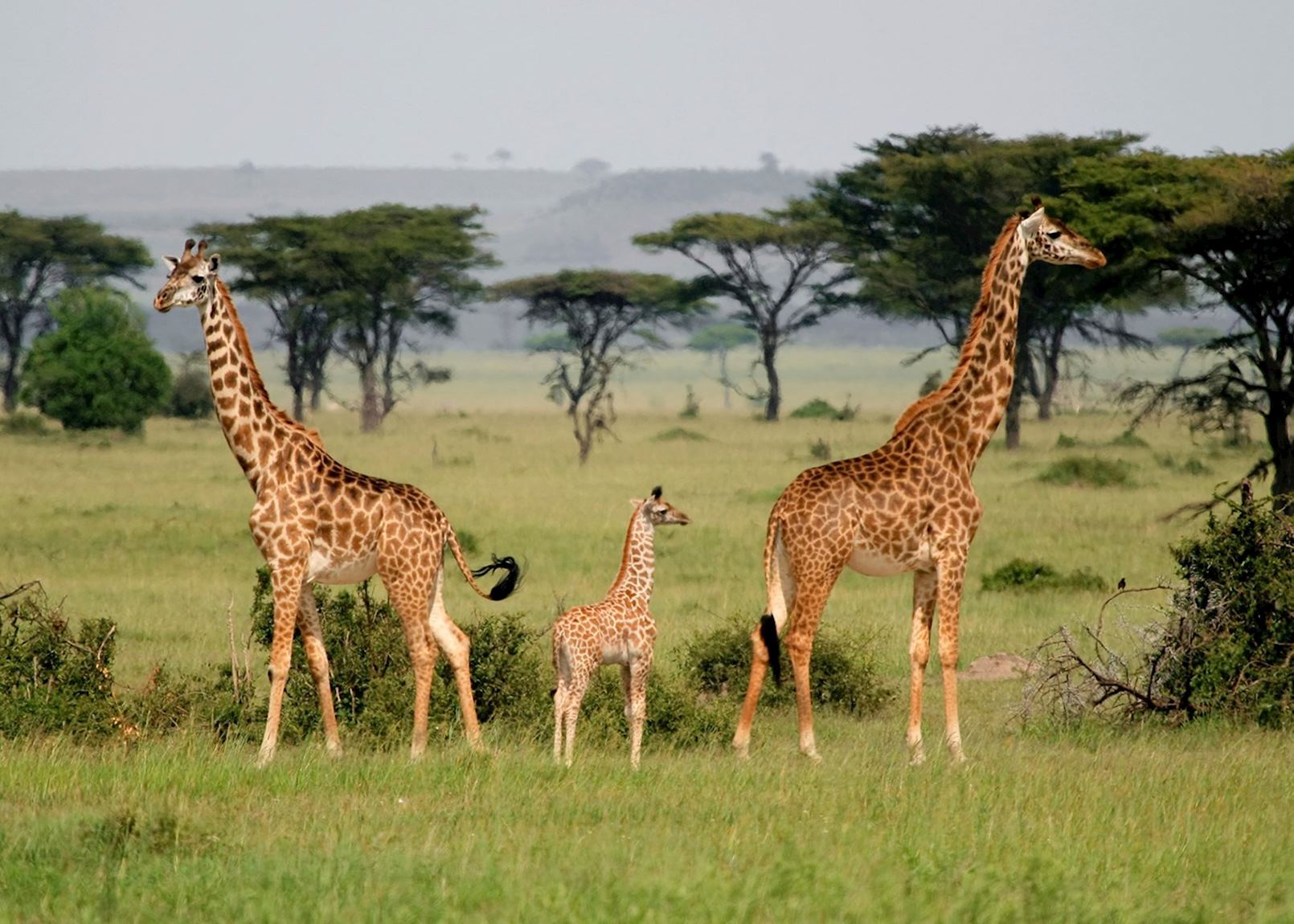 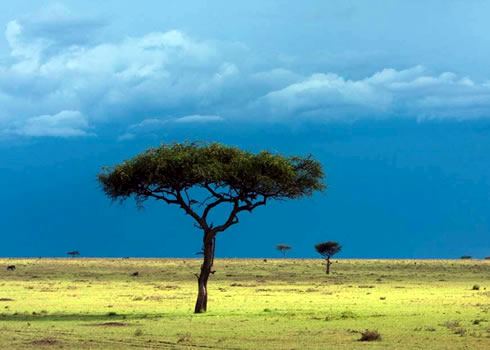 I had not been in the Mara since the dry season months when the drought had left the earth scorched and some animals suffering. The long rains failed last year and the backdrop had been far from green, so I was thrilled to be welcomed with as verdant a sight as the Mara had enjoyed for a couple of years. Colors ranged from card table baize to olive green but it was more than that. It was already eleven in the evening yet the light was still good for a photograph and the birdlife was simply extraordinary.

I followed Daniel’s finger pointing at a leopard scaling an olive tree. They are arboreal by nature and after lounging like a corpulent MP after yet another taxpayer’s lunch it descended and vaporized into the flowering oat grass. They are arboreal by nature and after lounging like a corpulent MP after yet another taxpayer’s lunch it descended and vaporized into the flowering oat grass. Her belly was half full, she probably had a kill somewhere, and do you fancy an all-dayer tomorrow?’ My reply was an emphatic yes; already the photographers on board had filled memory cards with alacrity, exhilarated by the sighting and desperate to replicate it the following morning.

The promised sunset was delivered as a perfect maroon orb framed some contented wildebeest and we returned to a typical sumptuous Kicheche dinner taken alfresco with the lament of nearby lion punctuating each course. 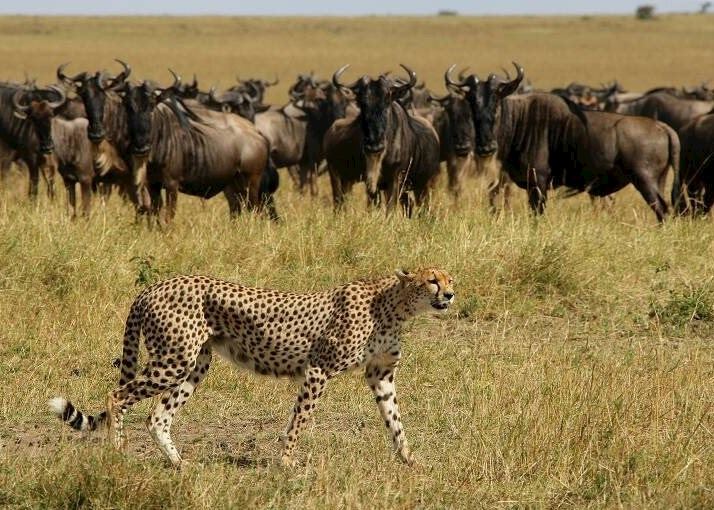 No other animal raises the pulse like a leopard but we soon had an agonizing decision, as Daniel spotted what he thought was a cheetah standing sentinel a mile ahead. I offered my binoculars which he glanced at with disdain. 'A female, hungry, what should we do Greg?'

This embarrassment of riches was exacerbated by the fact that his colleague Mika had already found the female leopard from the evening before. The cheetah won, just, and we waited for an hour, enjoying the sun picking out the amber flecks in this lithe female’s eyes before retreating as she began her advance. I know I am milking this but we were alone for an hour in the most prolific park in the world. The cheetah is marginalized by the bigger predators and struggles to bring up her young. Slight in frame and vulnerable to disease she possesses one unique faculty: speed. 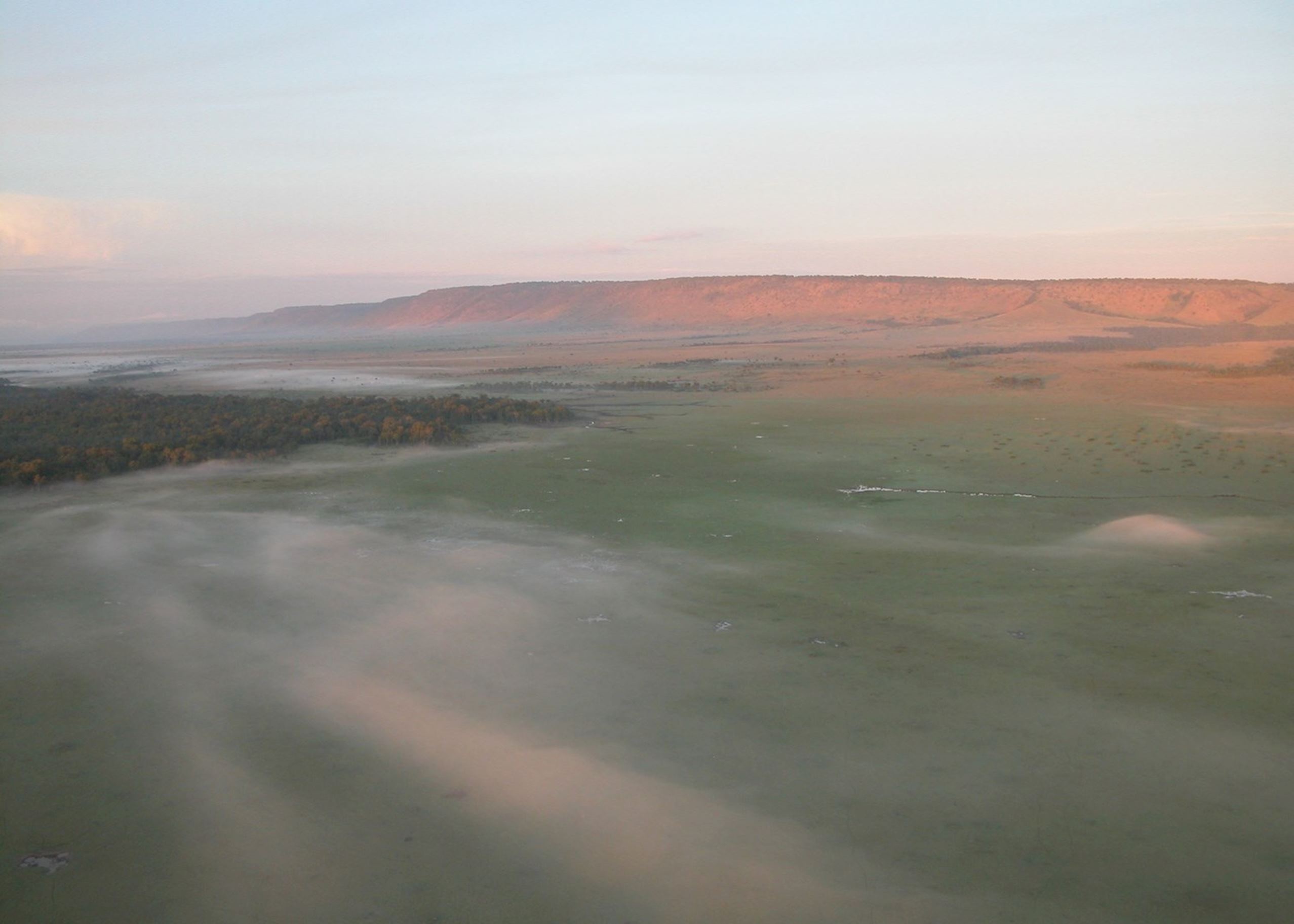 I generally like short breakfasts in the Mara, keen to maximize the cooler early hours but that morning our meal was protracted. Taken under a gnarled Boscia tree it went on for an hour as each person enacted their extraordinary morning. We had actually seen more spotted cats than vehicles and it was only just nine. There was little reason to drive into the reserve as the grass was so long there so we stayed in the same area near Leopard Gorge. 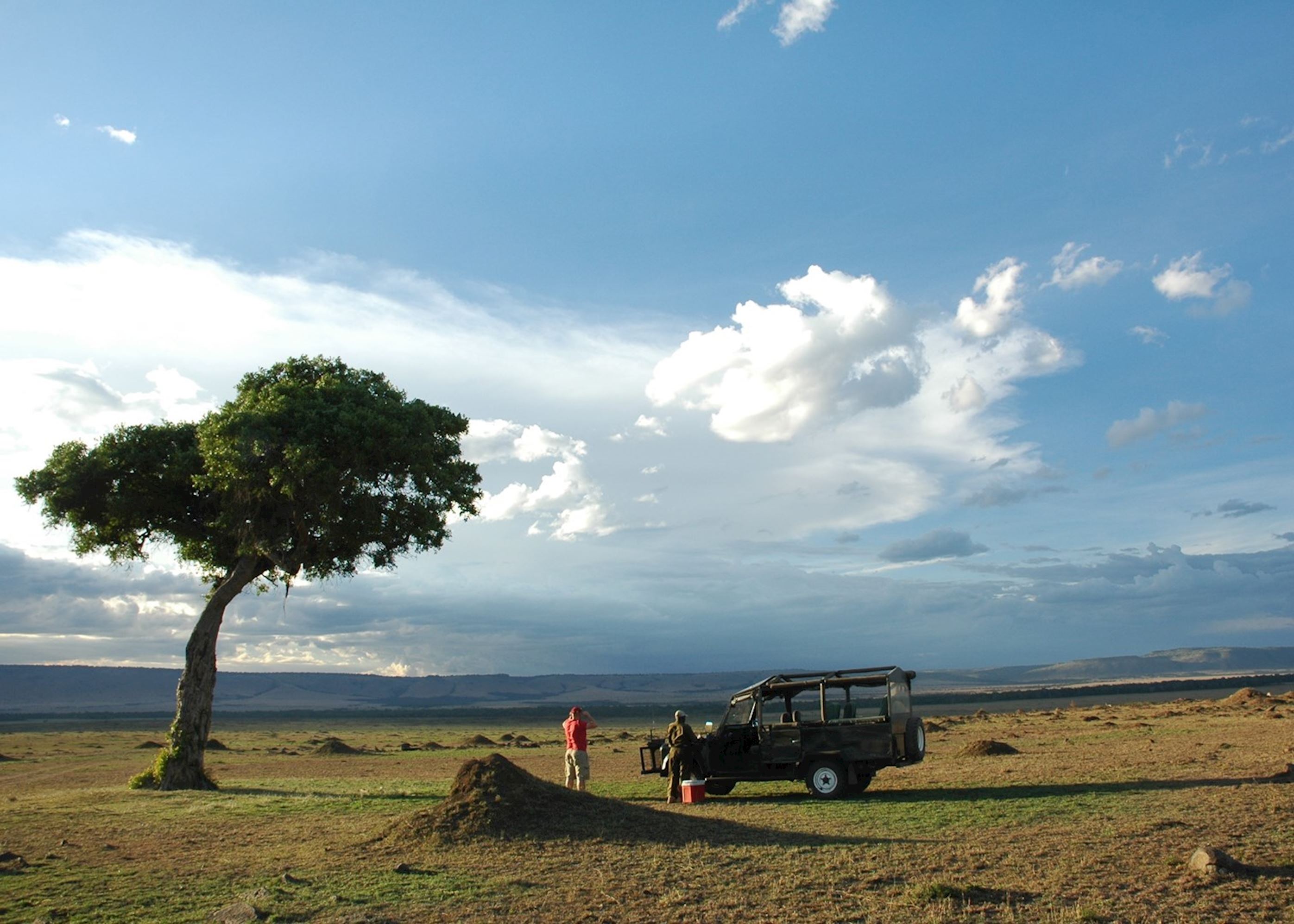 Around mid-afternoon the sky turned from cobalt blue to an ominous slate gray. Even the myriad butterflies sought shelter and before long the first engorged rain drops splattered the vehicle. We kept up the canopies on the sides and roof for as long as we could but when Daniel remarked gently that if we did not retreat to camp we may be spending the night here we fishtailed off.

However, Mara weather is a capricious mistress and within half an hour the storm moved toward Tanzania and the sun returned, illuminating what was now a potently rich canvas that was beyond cameras. I have seldom seen such an intoxicating sight as the animals, seemingly energized by their afternoon shower, were putting on quite a matinee: zebra stallions fought a mock battle, two topis chased each other relentlessly, the migrating Eurasian roller males called their harsh cries attracting females, and an impala was giving milk to her spindly infant. 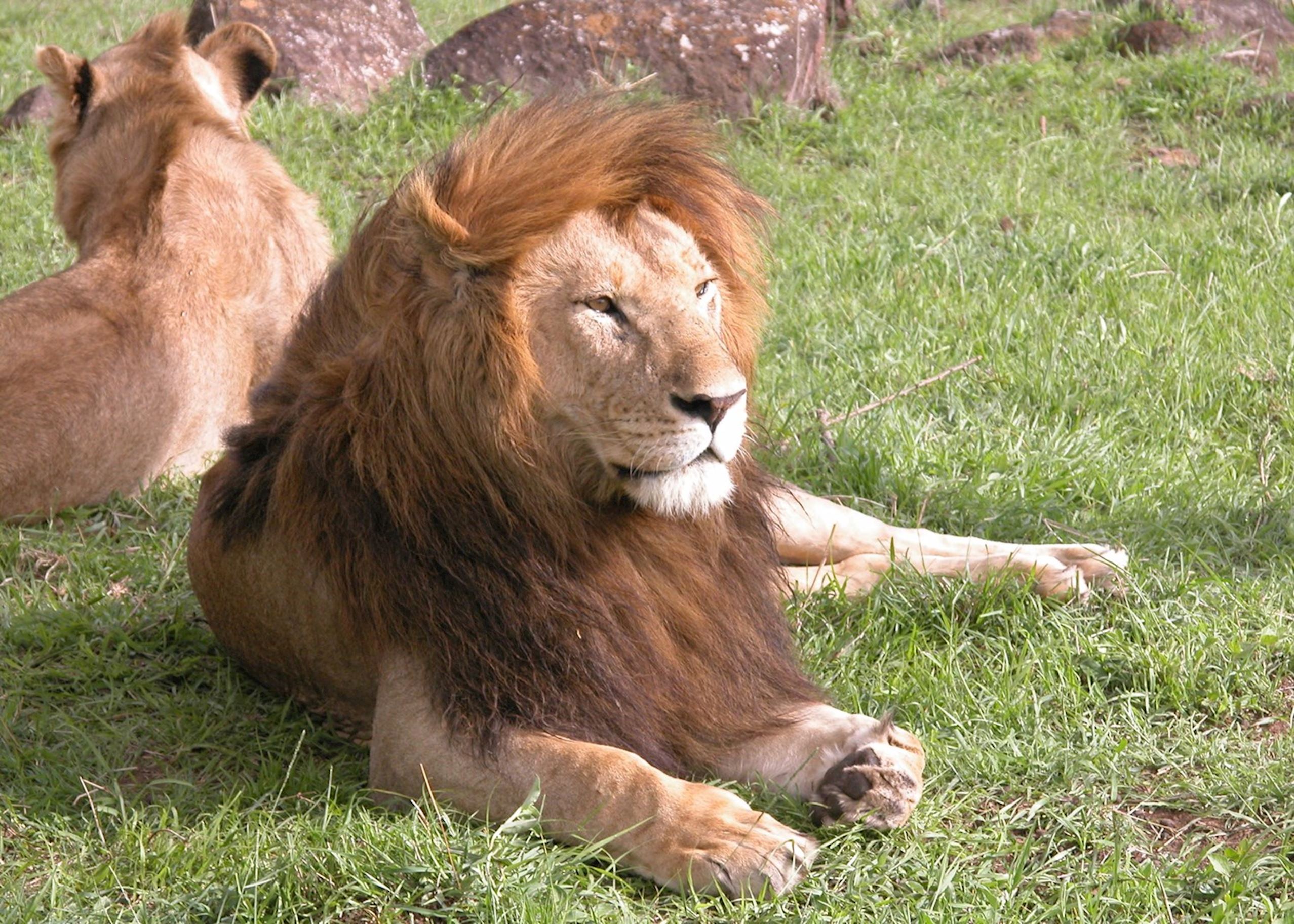 This was all watched by the benign gaze of two indolent male lion who were content to leave their own ‘wet work’ to the night time hours. Just when it could possibly get no better a different leopard jumped onto a fallen tree and dried off a mere 150 feet from us.