Set at an altitude of 2,400 meters between the desert and the high Altiplano, this town has been an important settlement since pre-Hispanic times, as it was a stop between the trading communities of the coast and the mountains. It then became an important rest stop for traders during the nitrate era, before its present incarnation as a friendly base for travelers. 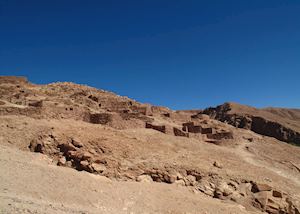 There is also a rich archaeological history here, this region was located on traditional trade routes and has thus seen various ancient empires rise and fall. The arid climatic conditions have perfectly preserved a number of archaeological artifacts, ranging from petroglyphs to seven thousand year old mummies.

Written by our specialists from their own experiences of visiting San Pedro de Atacama, these guides will help you make the most of your time there. We share both our practical recommendations and the best ways to appreciate San Pedro de Atacama at its best.