The park sits at the edge of the Sierra Nevada de Santa Marta mountain range, the highest coastal mountain range in the world and stretches over 35 miles from near to Santa Marta in the West to Rio Piedras in the East. The national park is everything you could want from a picture postcard beach location. Palm fringed beaches and golden sand that stretches out in front of you. This tropical beach paradise has a backdrop of lush green rainforest. There are numerous paths that link the various beaches and bays, which make perfect walking trails to while away the days in paradise.

This is an amazing place to sit back and relax, amble the beach and jungle trails and spot the local wildlife. Although the sea can be choppy in parts there are several swimming locations to cool down from the tropical heat. For photographers the area is divine with plenty of fantastic scenery and images to capture. The national park was once home to the indigenous Tayrona Indians and archaeological remains can still be found. The best preserved of these is the pre-Hispanic village of Pueblito, believed to have been the site of a major Tayrona settlement.

Covering an area of 37,000 acres of which 7,000 correspond to coastal waters, Tayrona Park has a dry tropical climate with temperatures which vary between 59°F and 84°F. The majority of the park is covered by virgin tropical forest and inhabited by over 100 species of mammals, 200 species of birds and 50 species of reptiles. The Paujil, a kind of hen, is often represented in Tayrona gold work and is indigenous to the area, as is the majestic condor which nests in the highest peaks of the Sierra Nevada de Santa Marta. Monkeys can often be seen along the fringes of the beaches.

Please note that there is a requirement to have a valid yellow fever certificate in order to enter the Tayrona National park. 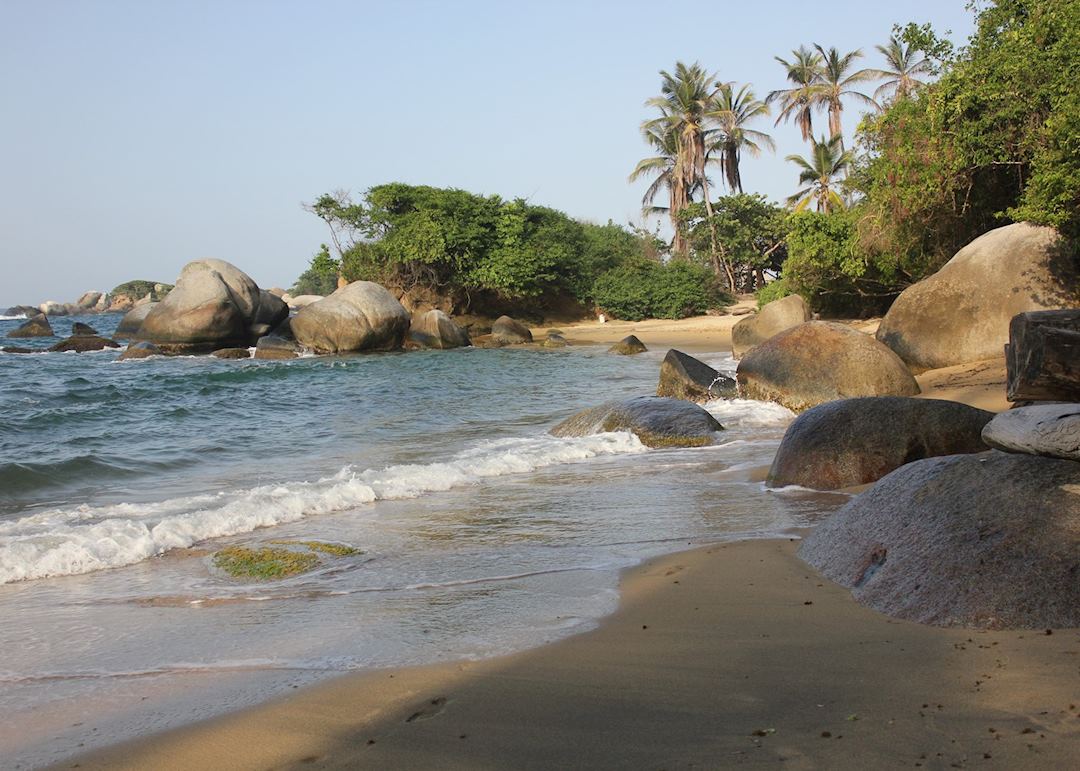 We’ve selected a range of accommodation options for when you visit Tayrona National Park. Our choices usually come recommended for their character, facilities and service or location. Our specialists always aim to suggest properties that match your preferences.