The picturesque city of Ekaterinburg stands as a gateway to Siberia, the point of passage from West to East, from Europe to Asia, on the Trans-Siberian Railway. 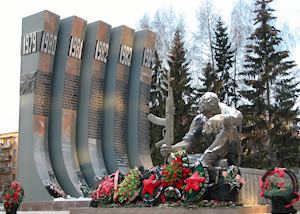 The attractive architecture and easy-paced life of the city conceal a dark past. It was here, in Ekaterinburg, that the last royal family of Russia, the Romanovs, met their cruel end at the hands of the Bolshevik revolutionaries.

Today, at nearby Ganina Yama, a church has been constructed at the wooded site where their bodies were hidden. The city, close to the Ural Mountains, can be accessed by direct flight from the UK or a 24-hour train ride from Moscow.

This sample itinerary will give you an idea of what is possible when you travel in Ekaterinburg, and showcases routes we know work particularly well. Treat this as inspiration, because your trip will be created uniquely by one of our specialists.