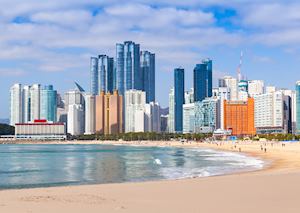 Once a ramshackle residential area that became a popular destination for fleeing refugees, its tiny houses are stacked like egg boxes on the steep foothills north of Busan. Today, it’s one of the most vibrant, bohemian places in the city. Groups of students and residents have painted their houses in bright shades and added street art and sculptures to the narrow lanes and winding stairways, attracting more artists, galleries and cafés. Now known as the Gamcheon Culture Village, you can explore the tangle of lanes and stairways, decorated with bright artwork and quirky street furniture. 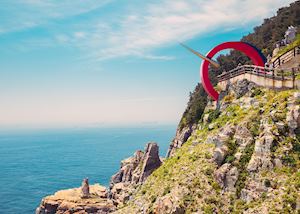