If you’d like to try northern Thai cuisine, wander among the food stalls to peruse the many dishes on offer. You’ll see spicy Isaan sausages sizzling on the grill, polystyrene trays loaded high with green papaya salad, fish-shaped biscuits and platters of freshly fried insects. On Saturday nights, the municipal market transforms into the Walking Street Market, with even more vendors as well as musical performances and dancing, much of it traditional. 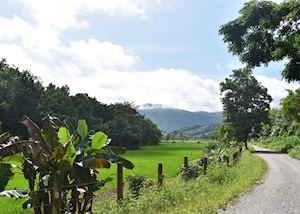 Chiang Rai’s cool, dry season is between November and March, when the daytime temperatures don’t get much over 25°C (77°F). You might find some haze in the air during February and March, due to the slash-and-burn agriculture in the countryside.