Air Europa was founded in 1986 and is based in Majorca, Spain. It operates tour services between northern and Western Europe and holiday resorts in the Canary and Balearic Islands. It also operates domestic and long-haul scheduled services to North and South America and the Caribbean.

Air Europa has been an associate member of the SkyTeam alliance since September 2007. In the past ten years it has shifted focus on to scheduled flights, chiefly from Madrid, where it has a substantial presence. On June 1 2009 Air Europa began operating to New York.

For its economy passengers, Air Europa operates a buy on board policy on its short-haul routes, so expect service roughly in line with no-frills carriers. There are, however, no hidden extras like charges for hold baggage.

Short-haul aircraft have the standard high-density seat pitch of 30-31 inches.

Economy seat pitch on Air Europa's long-haul fleet is 31 inches, in line with major competitors but not especially generous. Seats are 17 inches wide.

There are seat-back TVs which show Spanish and English versions of programmes and films.

Other benefits include newspapers, pillows, blankets and a full meal and drink service.

On short-haul services, business class passengers receive newspapers, a welcome drink, refresher towels and complimentary meals and beverages. They also get a luggage allowance of 30 kg.

Business seats are inclined flat beds with a 170-degree recline and a 56-inch pitch. Seats are 20 inches wide and have personal TVs.

Which Audley destinations can you fly to with Air Europa? 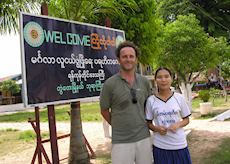