Reached by the unpaved 95 kilometre-long McCarthy Road (or light aircraft), this historic former ghost town has one of America’s most spectacular settings. 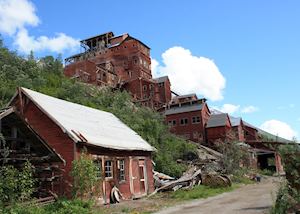