During the summer months Fairbanks enjoys as much as 21 hours of natural light and temperatures that rise as high as 40°C (104°F). 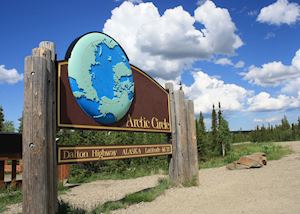