North and Central Asia cover a vast area of the globe, and this vastness can throw up many questions. To coincide with our new brochure for the region, the team share their answers to your key queries about these captivating areas.

China is so large — where should I start? 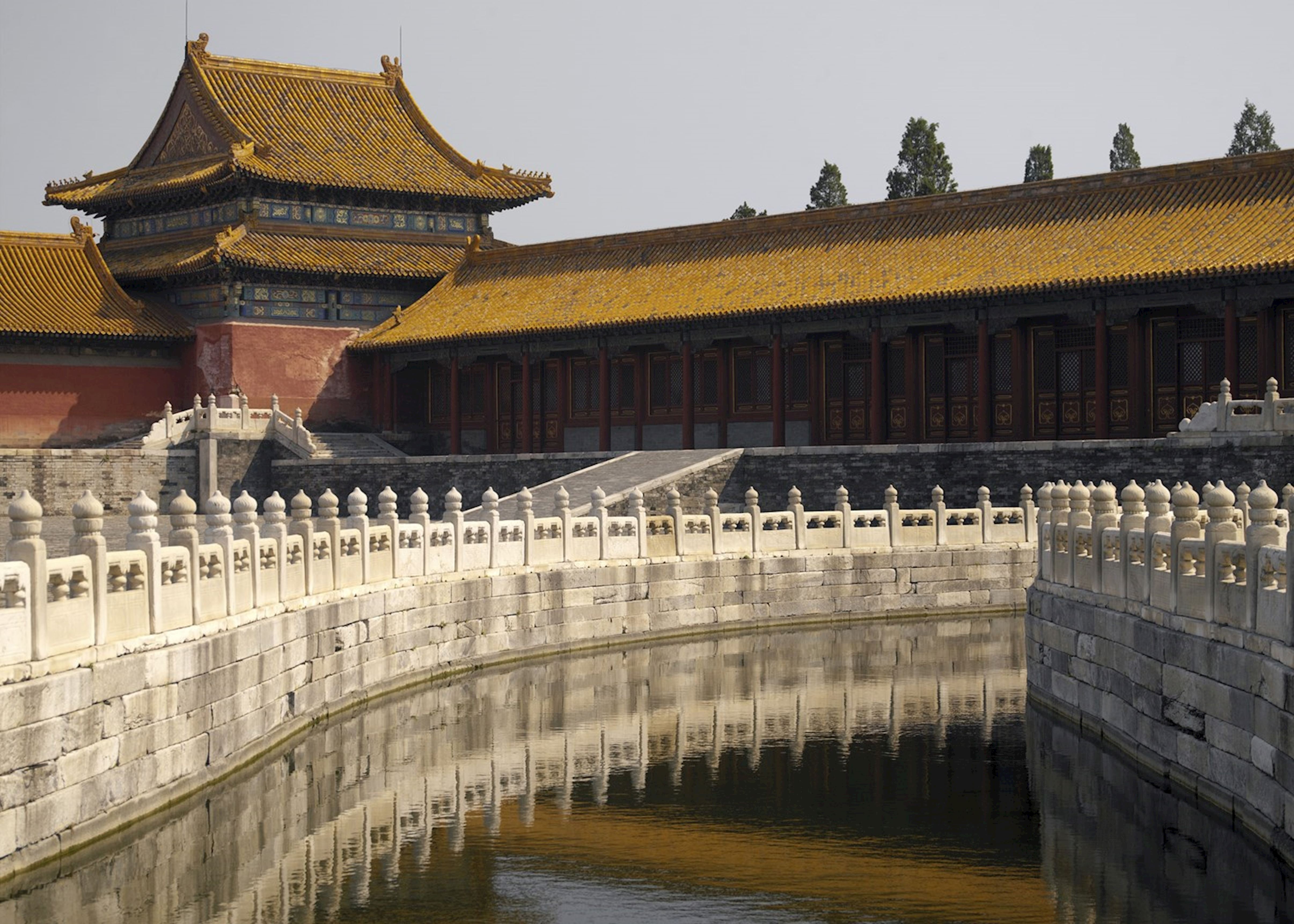 Beijing is a fantastic place to begin a trip to China as it is fairly globalised — it offers a nice 'ease-in' to Chinese culture, yet there is still an enormous amount to see and experience.

Many of China's unmissable sites are located in and around Beijing, such as the iconic Great Wall, the Summer Palace and the magnificent Forbidden City. Beijing is also home to some of China’s more comfortable and luxurious hotels — perfect for recovering after the long flight out there.

If you would prefer an even gentler transition from Western to Chinese culture then Hong Kong is the perfect starting point, which would allow Beijing to be an outstanding finale to your trip. 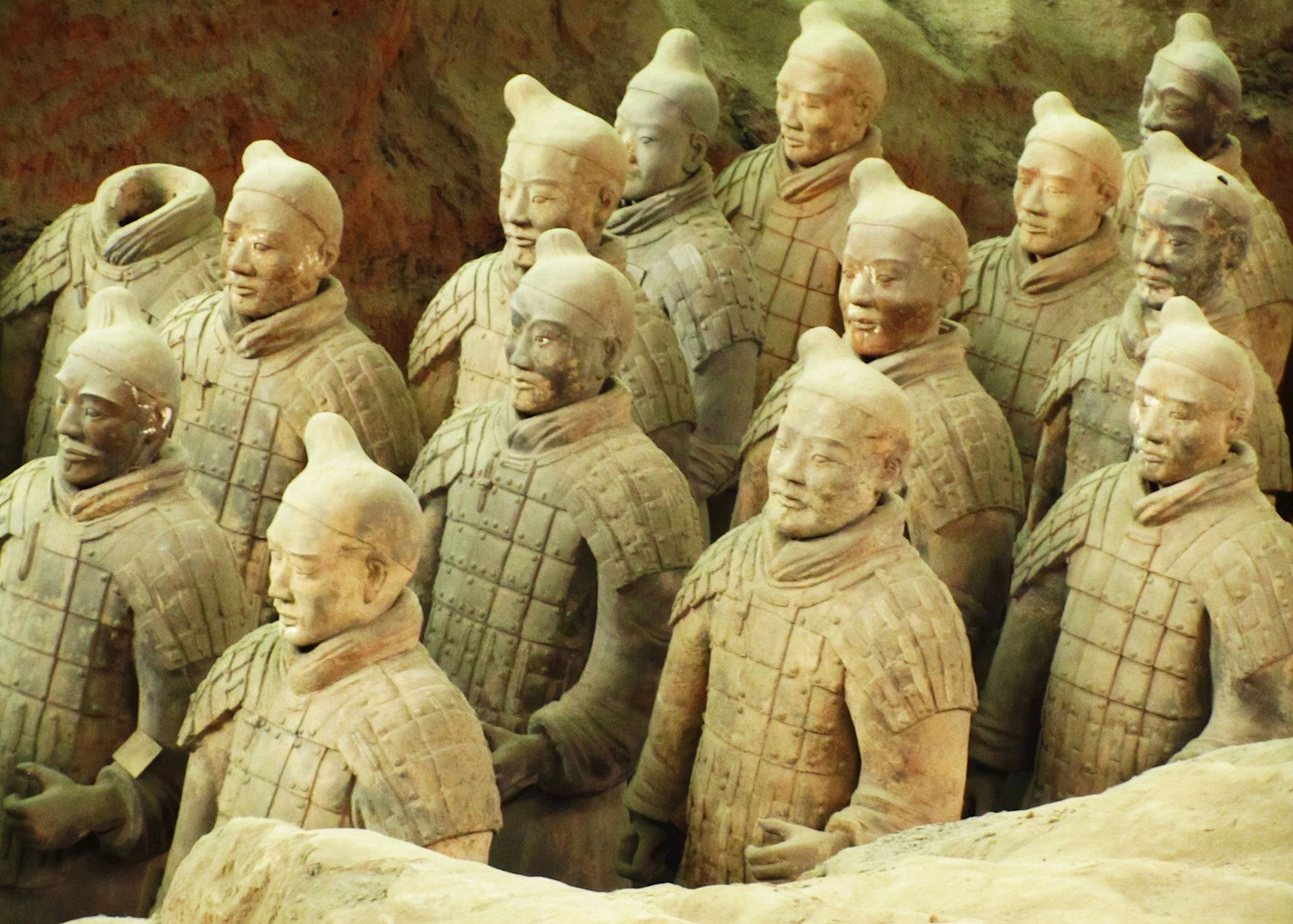 Other 'must-sees' for a first trip include the incredible Terracotta Warriors in Xian, where you can also experience a taste of the ancient Silk Route in the city's Muslim Quarter. Also, don't miss the spectacularly beautiful karst landscape of the Li River in the southwest, around Guilin and Yangshuo.

How best to progress from here depends on your interests. Those wanting to explore more of rural China and see a very different style of living could spend time in the mountainous Yunnan province, or in the ethnic minority villages of Guizhou. Those interested in architecture should visit the UNESCO World Heritage Site of Pingyao, where the traditional buildings within the ancient city walls are protected, maintaining a slower pace of life.

For pure relaxation you would do well to head to one of the more luxurious hotels such as the Amanfayun in Hangzhou, where bamboo groves, stone pathways and traditional Buddhist-style pagodas create an atmosphere of tranquillity; or the Banyan Tree in Lijiang, which has villas and a fantastic spa set in the foothills of the Jade Dragon Snow Mountain.

Is there anywhere truly 'off-the-beaten-track' left in China?

Yes, there are plenty of villages and towns that have remained unchanged for centuries but these tend to be in the middle of nowhere, days away from anywhere to stay. The places that are more accessible can, though not always, lose their character and charm once they become developed for tourism. Our task is to keep one step ahead of this.

Guizhou is one province where unspoilt villages still exist in multitude; its charm lies in the remote beauty of the landscape and the numerous ethnic minorities that populate the area. Although some villages have been transformed into 'tourist attractions', the majority of the province remains untouched and is a delight to explore. The region's colourful markets, traditional craftwork and vibrant festivals make Guizhou one of China's most exciting areas to visit. However, it is also the country’s poorest province so expect to see a very basic way of life here.

Are there any ancient settlements that are still lived in today in China, or is it all modern high-rise skyscrapers, such as those in Shanghai and Beijing?

While many of China's residents live in modern-build apartments now, many traditionally built houses remain, particularly across rural China. Beijing has swathes of hutongs — narrow, paved streets lined with courtyard dwellings dating back to the Qing and Ming dynasties. 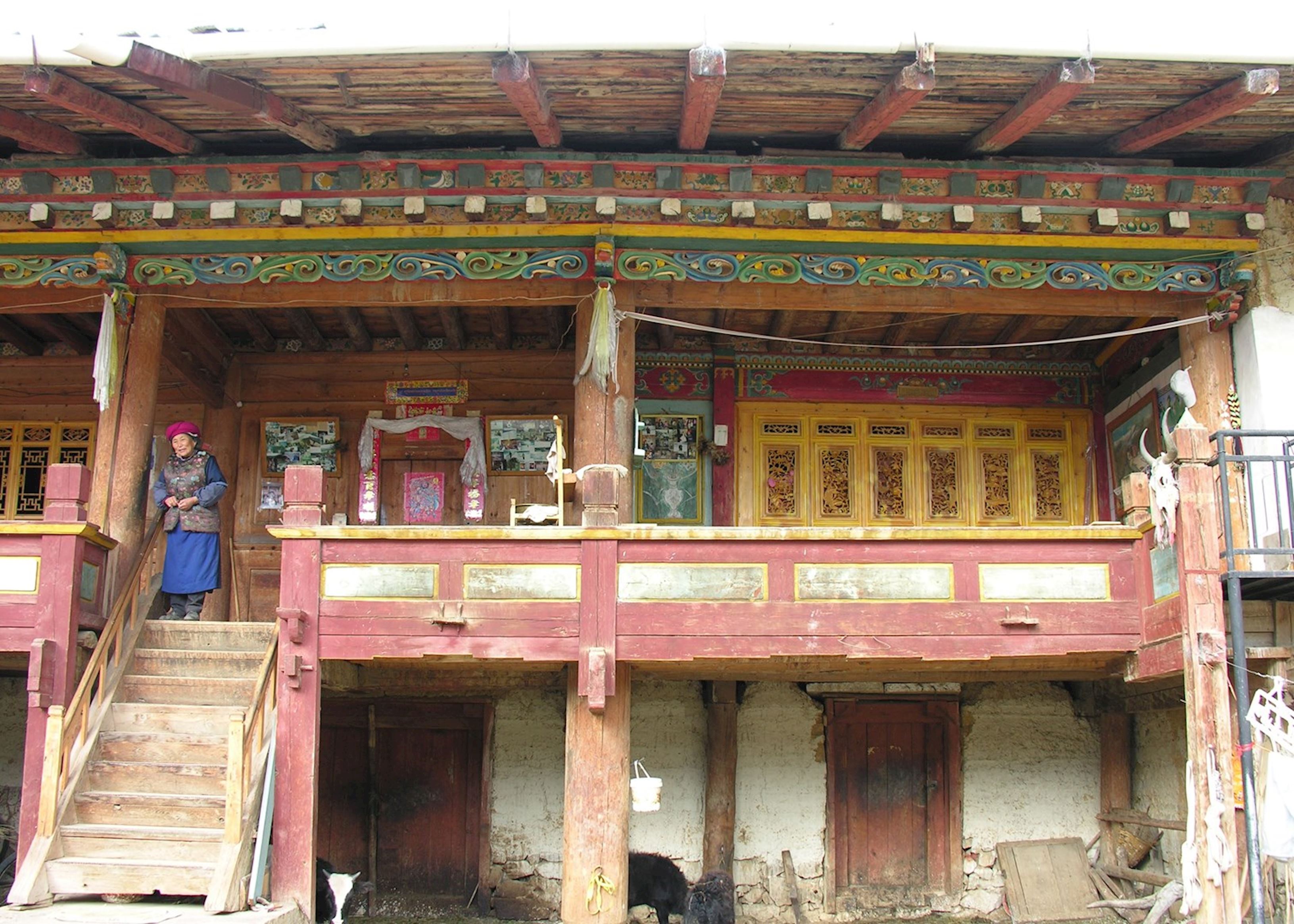 Throughout rural Yunnan there are several local styles of architecture that remain prominent, from the distinctive curved Bai and Naxi rooftops to mudbrick houses in Shaxi and large decorative Tibetan wooden structures in Zhongdian.

Possibly the most distinctive style of ancient structure, however, is the earthen Tulou houses found in Fujian province in the south. These are enormous circular dwellings made of fortified earth, in which whole clans used to live. While most of these now lie empty a few are still privately owned and returned to for family gatherings.

Is China a good destination for families? 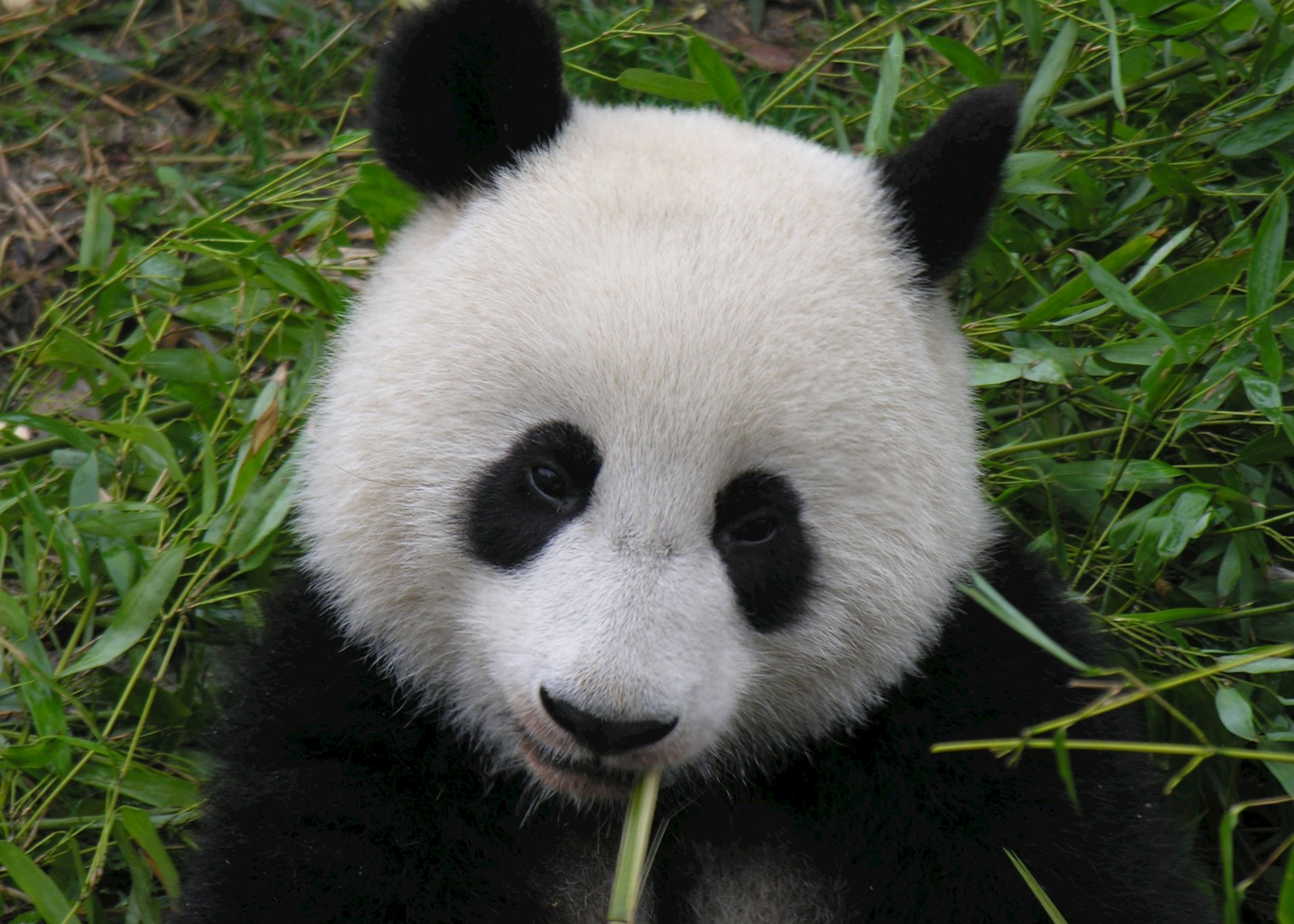 Absolutely! There is so much to do in China for families with children of all ages: learning kung fu from the masters; seeing pandas close up at the Chengdu Panda Research Base (which has recently come under media attention following the births of 14 adorable cubs); exploring the spectacular karst scenery in the southwest by bicycle or bamboo raft; visiting the Olympic Park site in Beijing — you name it, China has it!

Is it possible to do a short trip to Russia but still see more than Moscow and St. Petersburg? 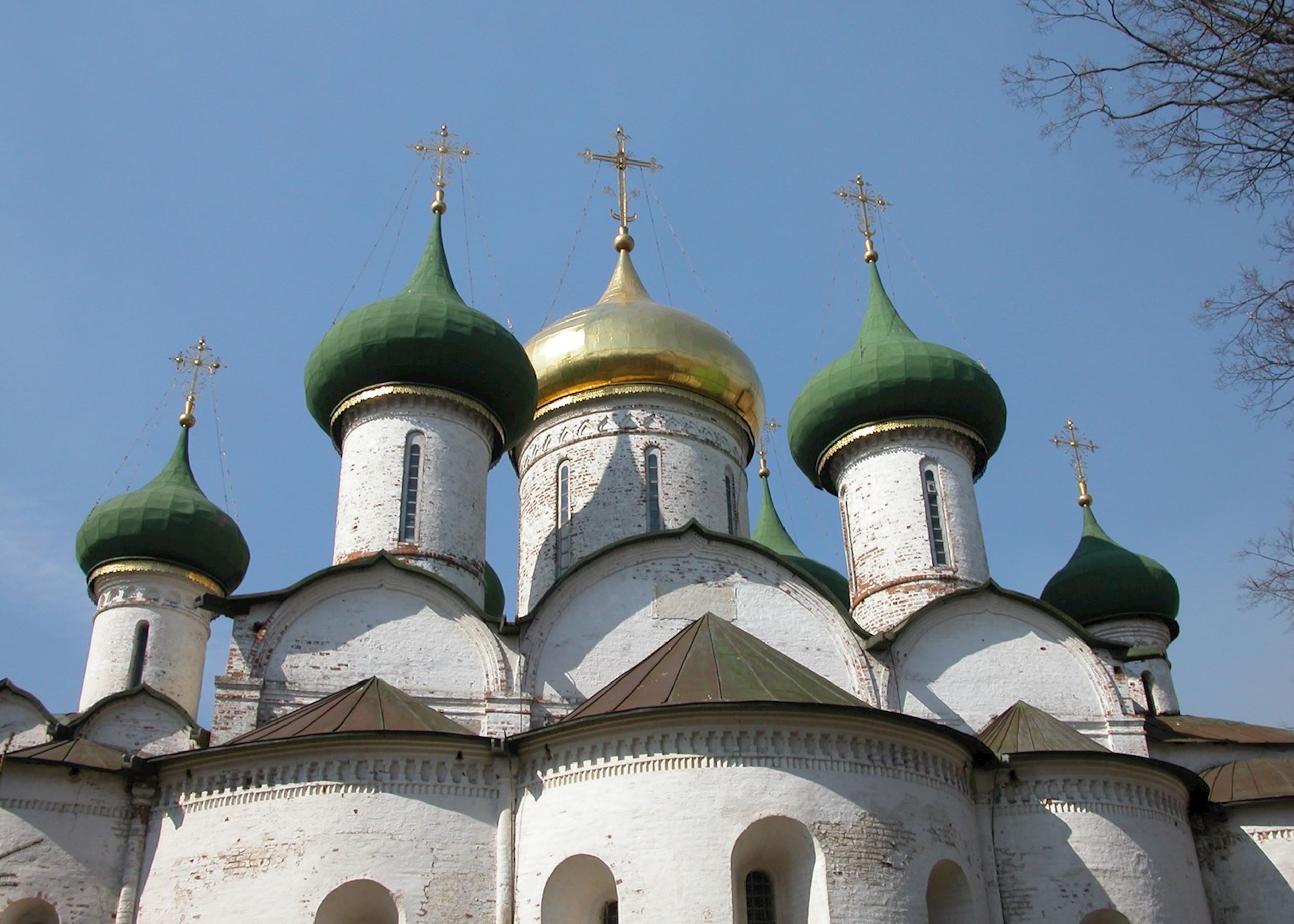 Yes, although any short trip is likely to be focused around these two great cities. However, they can be combined with a visit out to the 'Golden Ring' villages and towns to the east of Moscow, famed for their picturesque countryside and exquisite churches and cathedrals. You can visit the town of Suzdal as a day trip but a more relaxing way to experience the area is to spend a night or two here, and explore several of the nearby towns, each of which has its own fascinating history and array of idyllic buildings.

Alternatively, you could cruise between Moscow and St. Petersburg, for a chance to see more of the countryside, along with several small settlements replete with fascinating architecture — not least the fairytale-esque wooden Church of Transfiguration on Kizhi Island.

Is there enough of interest in Moscow and St. Petersburg for a second visit? 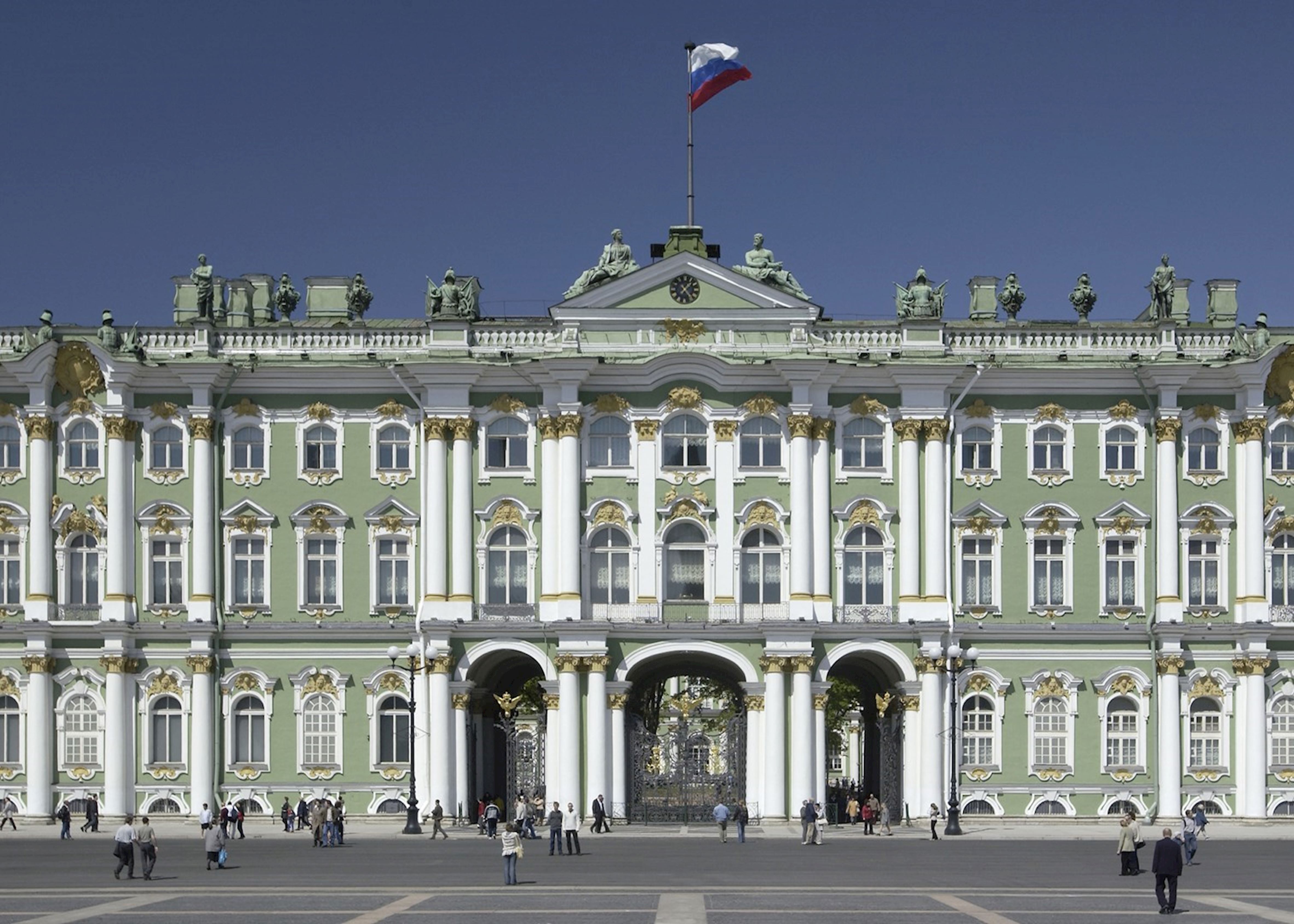 Definitely. If you have already visited these cities then you will no doubt have explored all the most famous sites: the Kremlin, Red Square and the Tretyakov and Pushkin Fine Arts Galleries in Moscow; the Hermitage, St Catherine’s Palace and the Church of the Saviour on Spilt Blood in St. Petersburg. Luckily, both cities have enough museums and galleries to sate even the most curious minds.

However, if you'd prefer something a bit different, how about the following: a cookery course with a local family in St. Petersburg; a visit to the largest, grandest banya (traditional bathhouse) in Moscow; a visit to the Cosmonautics Memorial Museum in Moscow (to learn the history of Russian space explorers and even sample the food they had in space in the museum's restaurant); a trip to the Grand Market Model Museum in St. Petersburg, to see a scale model of the whole of Russia; wandering through Gorky Park to see the odd statues of Stalin's head and the soviet space shuttle 'Buran'.

How easy is it to see the rest of Russia? 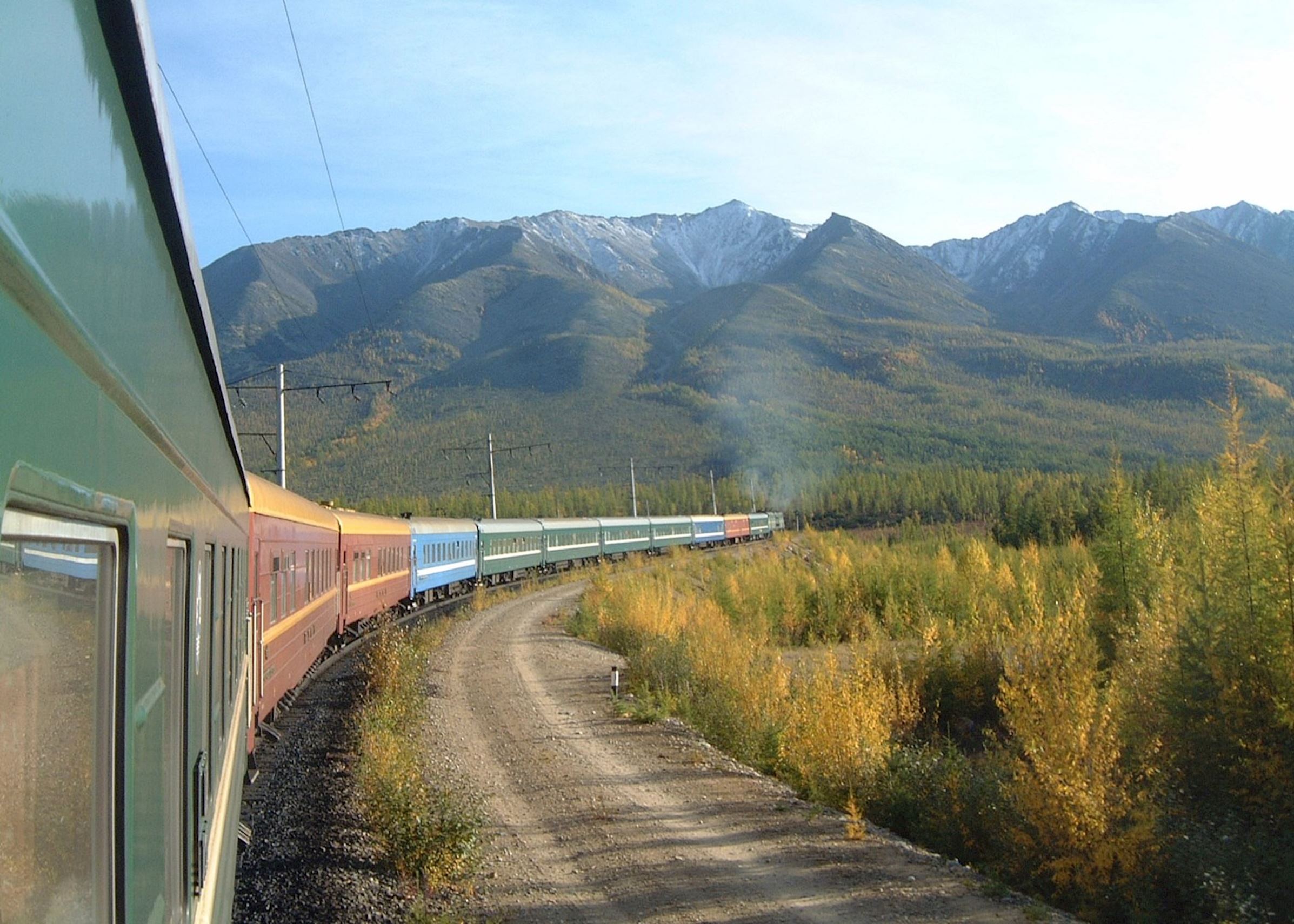 There are a good few options open to you for exploring the vastness of Russia, perhaps the easiest being to follow the Trans-Siberian (or Trans-Mongolian) railway east from Moscow. You can either travel by private train along this route or by a series of public trains; the former offering far more comfort and luxury but the latter more flexibility. If you choose to travel by public train you can — theoretically — make as many stops along the way as you like, as long as these work logistically. Ekaterinburg, the last seat of the Romanov Tsars; the grand Kazan Kremlin; the immense and beautiful Lake Baikal; Vladivostok close to the eastern borders with China and Korea: each can be worked into a Trans-Siberian itinerary, allowing you to experience more of Russia as you whizz through its varied landscapes by train.

If you don't have the time to dedicate to such a journey, there are flights to most places within Russia from Moscow or St. Petersburg, including to Kamchatka in the far east of the country, typified by remarkable volcanoes and mountains, lakes and bears; and to the isolated Solovetsky Islands in the north.

Where along the Silk Route is best for hiking? 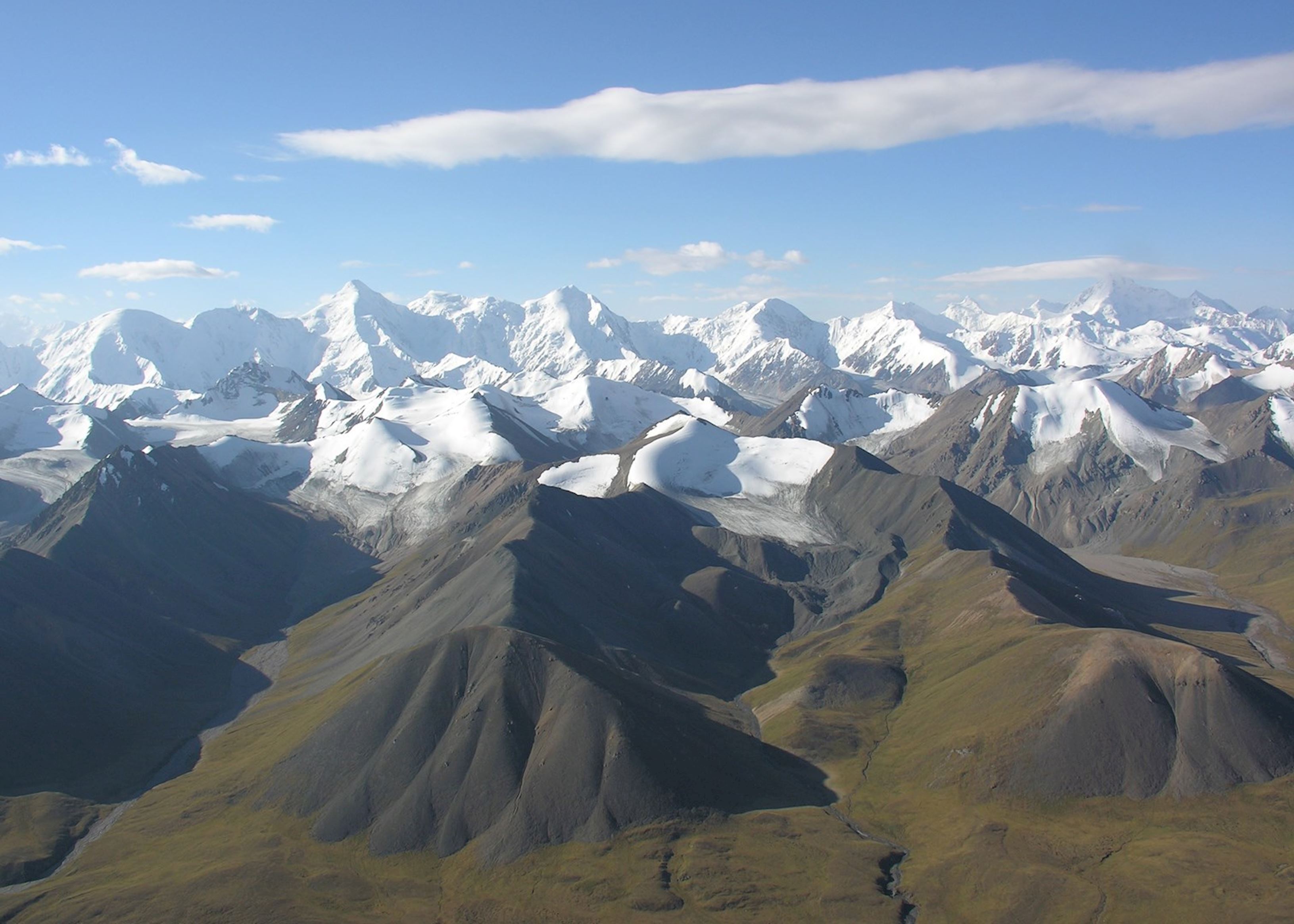 Kyrgyzstan offers the best hiking opportunities along the Silk Route, although the Tian Shan mountains to the west of Kashgar (in the far west of China) are also excellent. Kyrgyzstan's mountainous landscape lends itself to some fantastically varied options: from multi-day hikes through the high peaks and glaciers of the Tian Shan mountains in the east of the country; to shorter strolls in the mountains and lakes surrounding the yurt camp at Lake Song Kol or the forests and valleys around Lake Issyk-Kul and Ala Archa National Park. Wherever you choose, the landscape of Kyrgyzstan is strikingly beautiful: endless mountains stretching into the distance; herds of horses galloping across the high steppe; forested valleys against snow-covered peaks.

Although the high altitude is a factor to consider before embarking on any hike here, this section of the Silk Route offers some of the best walking opportunities in the world.

Uzbekistan seems like an unsafe place, why should I visit?

Uzbekistan is not dangerous to visit — far from it. There is an area close to the border with Kyrgyzstan which occasionally sees unrest between the local Uzbek and Kyrgyz people, but this is far away from the main areas and not somewhere we would send anyone. Other than the usual precautions of keeping a close eye on your handbag while in crowded markets, Uzbekistan is actually a very safe country to travel in, and the people are wonderfully friendly and hospitable. 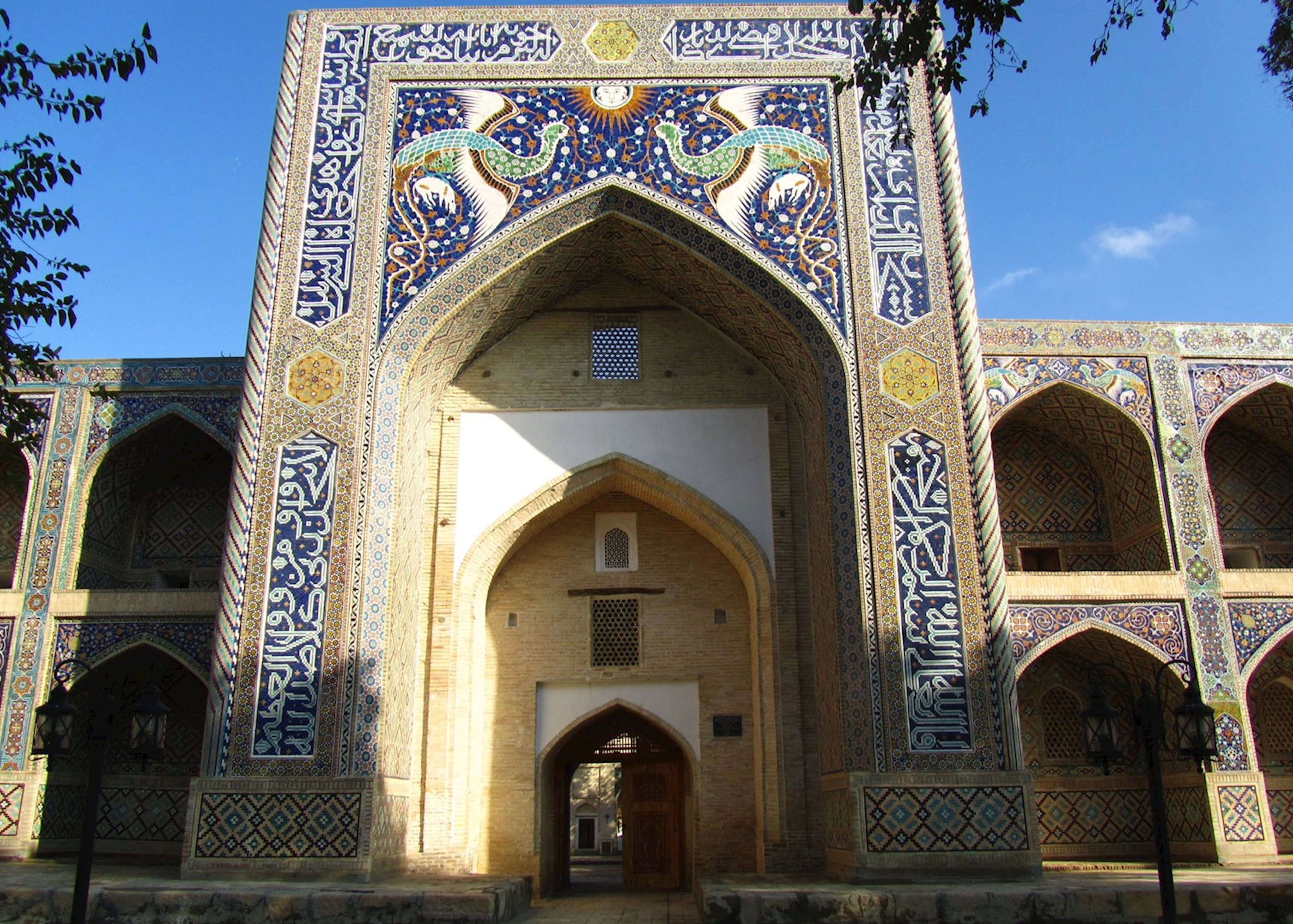 The country has an absolutely fascinating history but above all, it is the majestic architecture that makes Uzbekistan so exceptional. Grand, imposing mosques, minarets and madressahs dominate the skyline of the three key cities (Samarkand, Bukhara and Khiva), with their brightly coloured majolica and mosaic decoration shimmering in the sunlight. Craftsmen and women display their wares inside the classrooms of ancient madressahs and caravanserai, while local markets bustle with life and the vibrant colours of dried fruit and spices.

Getting there is easy; there are direct flights twice a week from London Heathrow with Uzbekistan Airways, or indirect flights with Turkish Airways every day. Uzbekistan is a magical country with much to offer, yet one which is so often overlooked.