Walking the Himalaya with Levison Wood

The explorer, best-selling author and photographer Levison Wood is one of Britain’s best-loved adventurers. His intimate and authentic approach to travel in some of the world’s most challenging and remote regions has been captured in popular books and TV documentaries. But it didn’t all happen overnight.

Following his critically acclaimed Walking the Nile series in 2014, Levison set himself an even more ambitious challenge: to walk the length of the Himalaya, from Afghanistan to Bhutan. A four month journey over 2,735 kilometres, this gruelling trek brought him into contact with monks, soldiers and nomadic tribes in some of the most isolated and beautiful valleys and mountain passes on Earth. We caught up with him to find out just what drives him to such extremes. 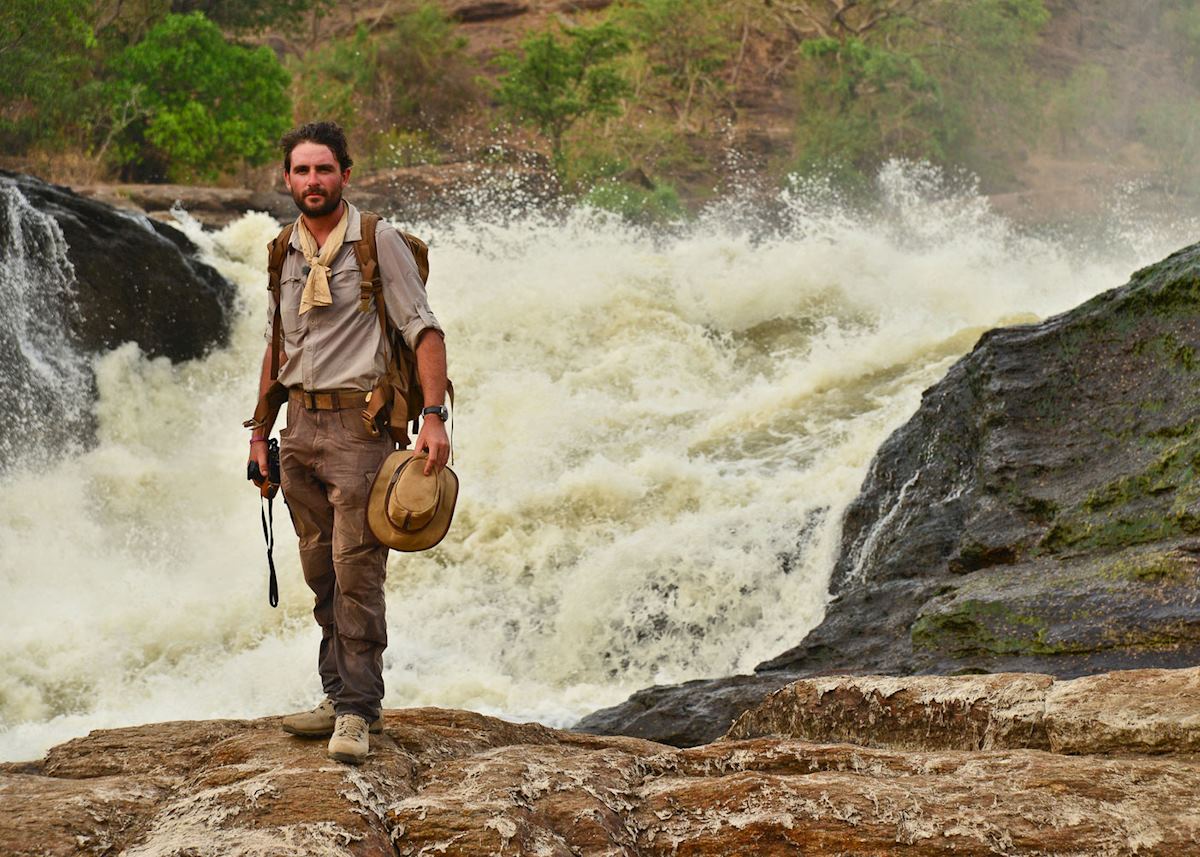 Levison has always loved adventure, he says, and travelled a lot as a child before taking off on his own aged 18. 'It was the usual gap year stuff,' he explains. 'I went to Southeast Asia, Australia and India, but when I visited Nepal I completely fell in love with the place. To go back there for this series was very special.'

He soon discovered a natural love of being on the road and never really stopped after his first big trip. Following a number of years as an officer in the British Parachute Regiment, he began to lead expeditions taking journalists and filmmakers to remote and risky locations, such as Afghanistan and Iraq. 'I made a bit of a name for myself doing this type of work and one of the directors approached me and asked if I’d be interested in making a television programme out of what I’d been doing.'

Since then, his work has taken him around the world, visiting over 80 countries in the process. His fascination with East Africa, and the fact that no one had ever before walked the length of the Nile was the inspiration for his first epic adventure. 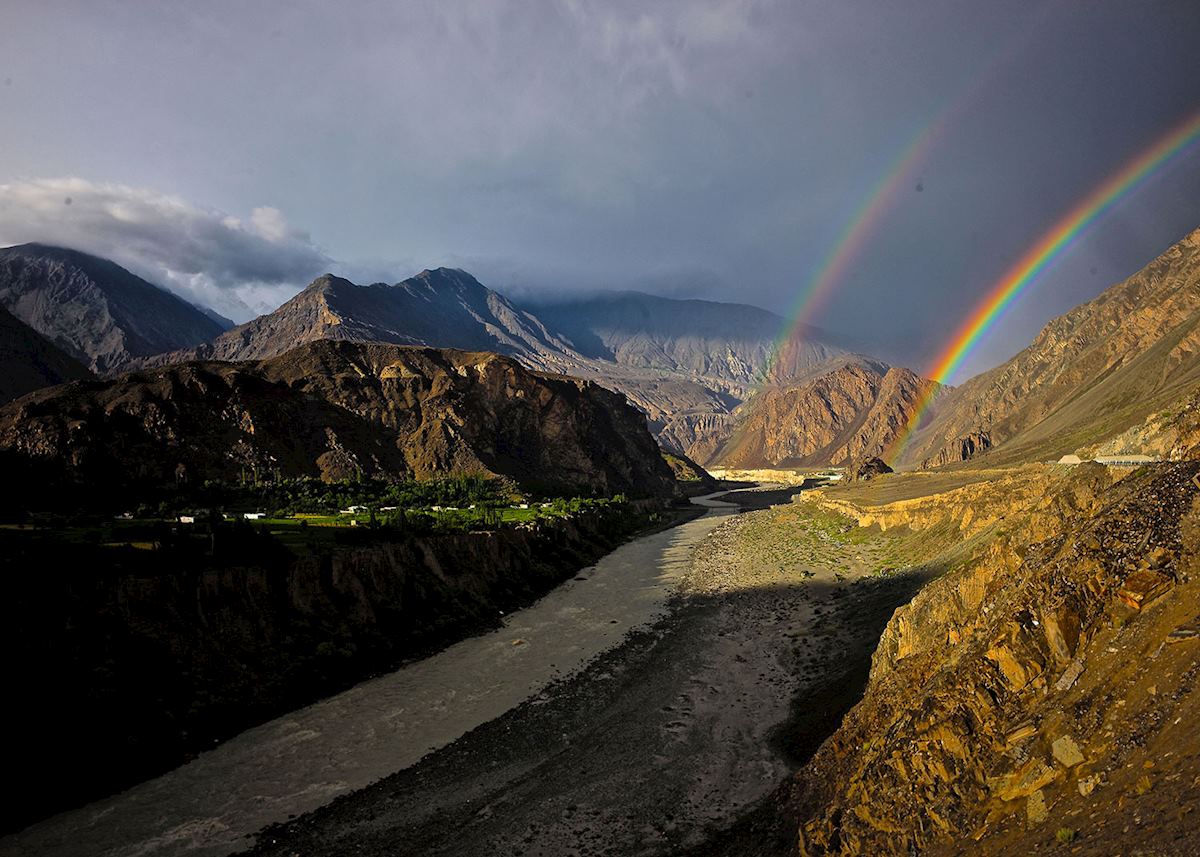 The Hunza-Nagar valley; inspiration for generations of explorers and the fabled 'Shangri La'

You meet all sorts of people along the way. I even met the Dalai Lama once; he was quite impressive!

For his second, he wanted to return to Nepal. It was about six months after the catastrophic earthquake there.

'Although the majority of the clean-up operation had been done, there were still devastating scenes in rural areas,' he says. 'Kathmandu is fine, however, and I would encourage people to visit, especially at a time like this when tourism can have such a positive impact and help boost morale for locals – as well as their financial situation.'

By travelling on foot, he positions himself at the same level as the local people. 'You can better understand their vulnerabilities and really get an authentic view of a place,' he says. 'I’d advise every traveller to get out and walk wherever they go. When you’re on foot you never know what’s around the next corner and you have more experiences and meet more interesting people.'

Levison has met a huge variety of characters during his years of travelling, from a cannibal monk to princes. 'That’s the great thing about travel,' he admits, 'you meet all sorts of people along the way. I even met the Dalai Lama once; he was quite impressive!'

His recently launched book Walking the Himalayas chronicles his most recent adventure and was also documented in a Channel 4 series that was shown in January. He explains that the main aim in all of his travels is to reveal what life is really like for people in these regions. 'One of the most important parts of the narrative is the story of the fascinating people you meet. I want to move away from the clichés and show people the other side of the coin, especially in places that seem to be in the news for all the wrong reasons.' 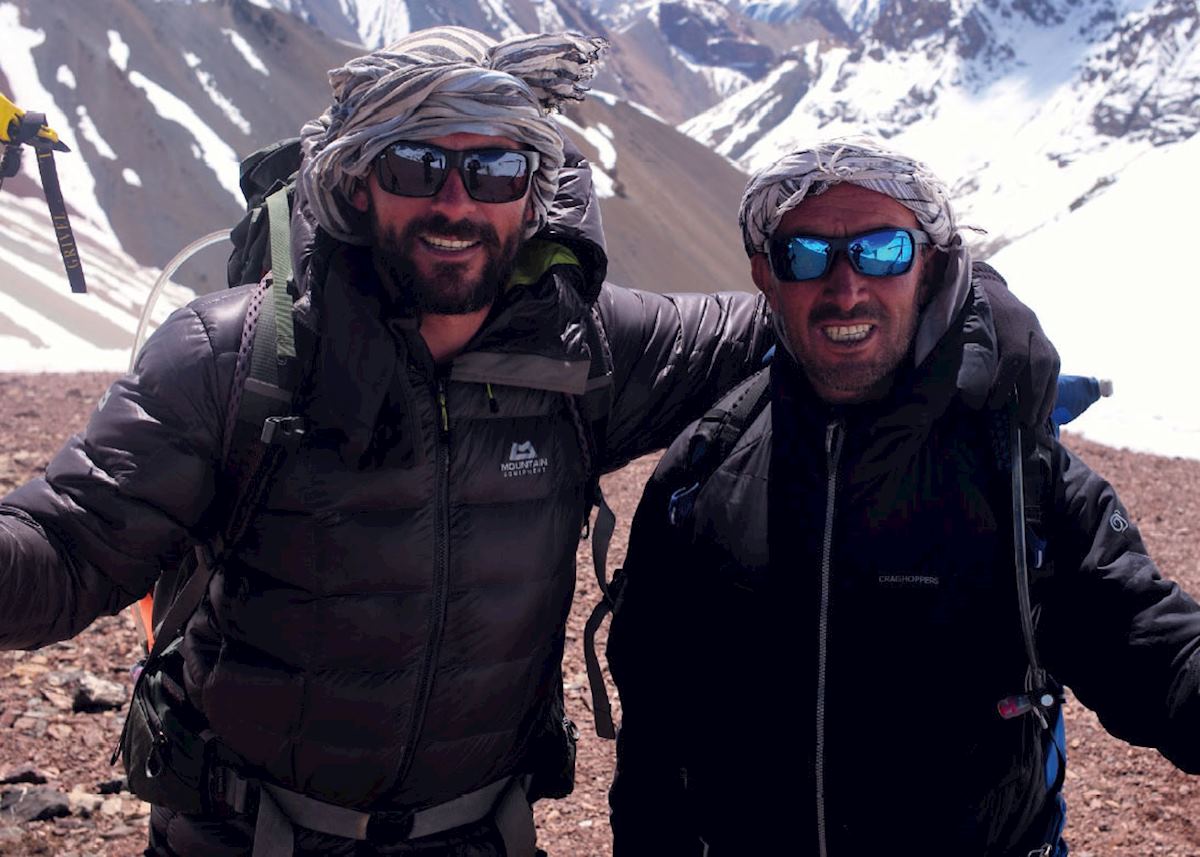 Author and guide, on top of the Irshad pass bordering Afghanistan and Pakistan, 5000m above sea level.

Levison combines his passion for exploration with photography, documenting the landscapes, wildlife and local people that are part of his journey. 'I really like getting interesting shots of people, capturing their ways of life and telling their story through photography,' he explains, before adding a caveat. 'It can be difficult at times, finding the right balance between being in the moment and taking everything in, and not just seeing everything from behind a lens.'

His best tip, however, is to keep your camera ready at all times. 'It’s too easy to pack it away and tell yourself that you’ll take it out when you see a good shot. Nine times out of ten you don’t get it ready in time and you miss it. I’m the world’s worst for doing this.'

A popular public speaker, Levison has a gruelling schedule ahead, speaking at 40 separate events over the next two months. Following a trip to Iraq to do some photography for the UN, he’s heading to Morocco to do a talk, then on to South Africa, Namibia and Burma, followed by a month in the US on a lecture tour. 'The book is the reason for all the talks,' he says. 'My real passion is writing.' 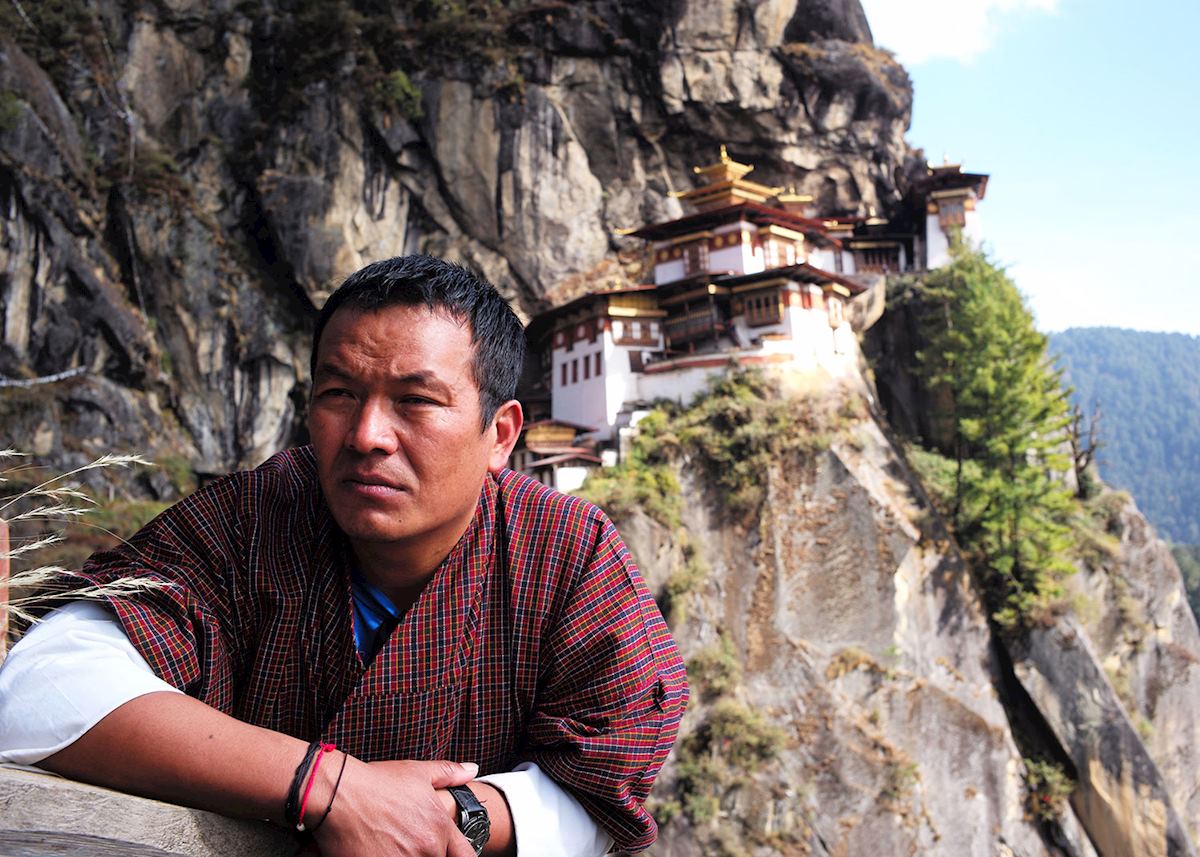 With all this work-related travel, does he ever find time to relax, we wondered? 'I do have the occasional holiday when I can fit it in,' he smiles. 'I’m quite happy to sit on the beach and just relax every now and then, but I like to explore a destination, going around cities, discovering interesting places.' Amazingly, there are still destinations he’s yet to see, and others he’d like to return to soon. 'I’d particularly like to go back to South America. I haven’t really spent much time there – and I’ve never been to Canada, so that’s on my list too.'

All this travel means living out of a suitcase a lot of the time, and as with any seasoned traveller, Levison has his own advice on packing for a trip. One essential, he explains, even when trekking through the jungle, is to have a clean white shirt. 'You never know who you’re going to bump into or when you might need to look smart,' he says. 'From needing to speak to the authorities to meeting the Dalai Lama, you always need one set of clean clothes, so you’re never caught short in any occasion that may arise.' 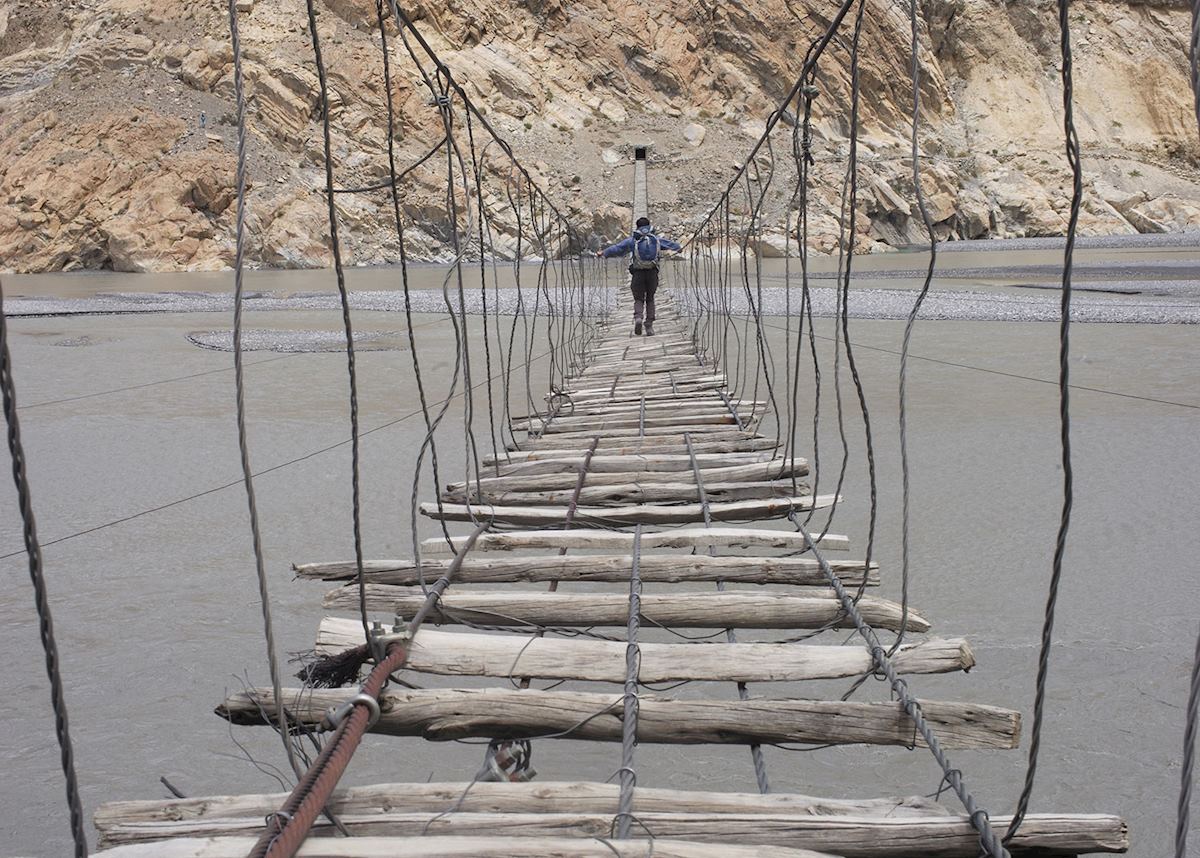 The hanging bridge of Passu, Pakistan. One of the few old rope bridges that survived the recent heavy flooding of the Hunza River

I want to move away from the clichés and show people the other side of the coin, especially in places that seem to be in the news for all the wrong reasons.

Having travelled so widely and to such remote and fragile areas, Levison is passionate about conservation and is an advocate for Tusk Trust, Audley’s charity of the year for 2015. The organisation protects wildlife, supports communities and promotes education across Africa.

'I’ve spent a lot of time in eastern and southern Africa, but conservation is a big and complex issue,' Levison explains. 'Tusk do such a great job and I was lucky enough to be involved in some of their projects when I was out on the Nile in Uganda, Rwanda and Kenya. It was just great to see first-hand the work they do – it was quite amazing.'

Now, with his new book selling well and another Channel 4 documentary under his belt, what comes next for Levison? 'I’ve got some ideas,' he says coyly. 'But I’m afraid I’m not allowed to say anything at the moment.' One thing that seems certain however, is that it’s not the last time we will be seeing Levison Wood and his compelling adventures – in print or on-screen.

Our walking and trekking recommendations

If you have been inspired by Levison and enjoy heading out on foot, here are some treks to consider.

Burma's trekking paths are yet to be overwhelmed by visitors and they give access to otherwise unreachable local tribe groups. Routes run through the whole of the country, from the Himalayan foothills in the north to the lower-level rice fields of the south, with choices for hardy trekkers and occasional walkers alike. My favourite is the two-day trek from Pindaya. This pretty town is best-known for its extensive cave network, which contains thousand of gold Buddha statues.

The classic Inca Trail to Machu Picchu in Peru is the most well-known but there are great alternatives to be found. The Mountain Lodges of Peru is an innovative trek that follows a similar route to the Inca Trail's Salkantay route, but instead of camping in tents guests stay in comfortable lodges. This trek is walked at a gentler pace than others, lasting seven days in total, as opposed to the usual five. Discover lost Inca citadels, breathtaking snow-capped peaks and warm, welcoming people in comfort and style.

'Tramping' is possibly New Zealand's favourite pastime, if you discount all rugby-related activities. It is perfectly feasible to take yourself off into the wilderness on one of the many day walks, but it is the longer multi-day tramps that really get to the heart of the country. A great option is a day trek through Tongariro National Park, with its multitude of snow-capped volcanoes, craters, alpine lakes, pristine rainforest, sparkling rivers, dramatic waterfalls and astonishing wildlife.

Plan a walking holiday in Nepal or Bhutan 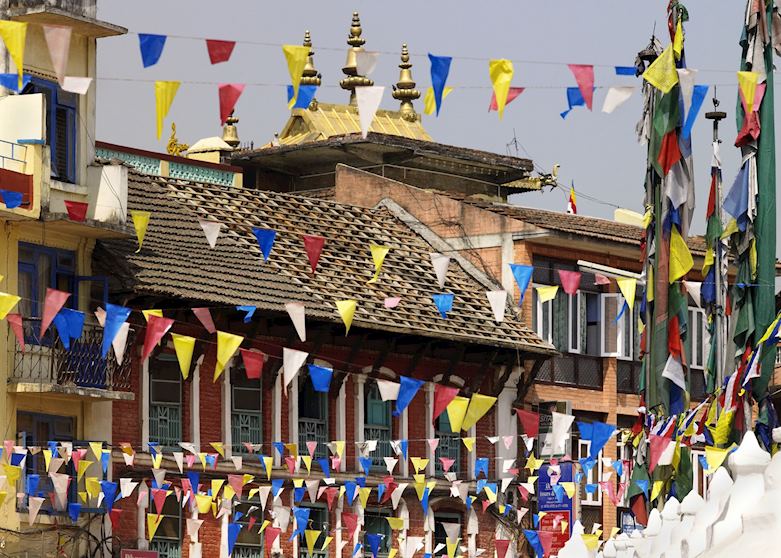 Trekking in the Everest Region 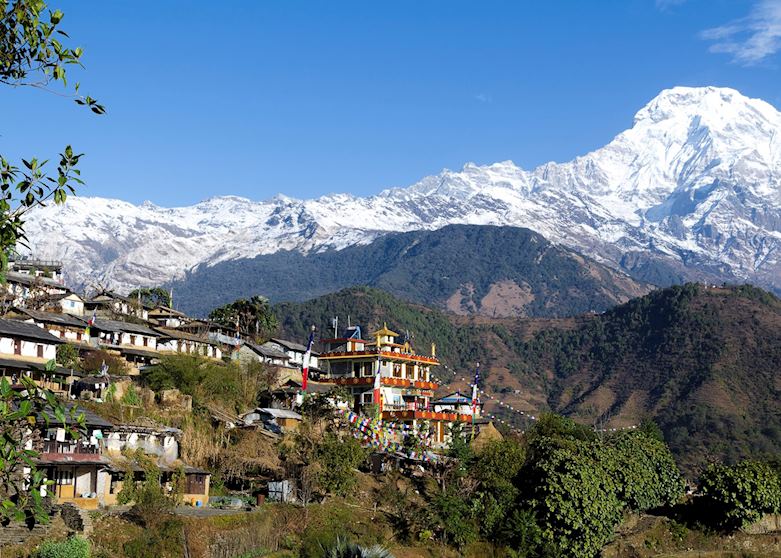 The Sherpa's trail: trekking in Nepal

Nepal trekking: walking on the roof of the world Top 5 walks & treks around the world
Get in touch