Free the children has been announced as Audley's charity for 2016. Founder Craig Burkinshaw explains how the company became involved with this extraordinary organisation.

At the beginning the organisation grew rapidly. TV interviews with Craig exposed child slavery and labour issues in Pakistan, just as the Canadian government was about to sign an historic trade deal with that country. That episode proved deeply embarrassing for the government, who just a few years later, awarded Craig and his brother Marc the Order of Canada (equivalent to a UK OBE) for their pioneering work. They were the youngest people in Canada ever to receive this honour.

Other young people were inspired to get involved and there are now 8,000 clubs in Canadian schools started and run by pupils who are all engaged in social issues and fundraising. Free the Children run stadium-sized events — We Days — every year celebrating social action in the pursuit of large scale drives against bullying, homelessness and child labour. Additionally, the charity have a social enterprise which turns over millions of dollars, generating more funds for their projects.

How the organisation evolved

When Kielburger invited me to Africa to see the results of the organisation’s work for myself; I agreed on the spot. It was the perfect opportunity for me to get into the finer detail and to see how things actually worked on the ground. Our lodgings at Bogani Cottages, in the heart of the Masai Mara, were a pleasant surprise — in a shady safari style camp with wonderful food and equally wonderful staff. The camp itself was run as a business which helped to generate funds for the organisation.

Over the next four days I discovered how the present day organisation had evolved. From humble beginnings in the mid ’90s, with the children holding meetings in their parents’ houses, much had changed. The first initiatives led to raids on factories that used child slave labour, however they soon realised that this didn’t solve the underlying problem; the same six-year-olds were found on later raids, tied to carpet looms in much the same circumstances. The strategy then rapidly developed into a much more considered and methodological, long-term approach to tackling poverty.

Families could then start to plant their own vegetable gardens and sell their surplus crops. Traditional savings and loans systems were expanded to create more small businesses, for example, goats for milking, beehives for honey and traditional crafts for export. FTC was now growing rapidly and with this in mind, the brothers decided to study for Oxford law degrees and Harvard MBAs to broaden their skills to equip themselves to run what was now an international organisation.

Once back in the UK I was eager to share my experiences with friends and colleagues. I always like to check out my understanding and perceptions and I had read independent reports on the organisation to substantiate my view that what I had seen was truly progressive and sustainable.

Microsoft had joined FTC as a major sponsor for the Seattle event and would also be sponsoring FTC schools programmes throughout Washington state for the coming year. Bill Gates’ parents came to dinner with us the night before the event and this marked the beginning of the organisation’s relationship with the Gates Foundation.

Since March 2015, Joanne and I have visited projects in the Ecuadorian Amazon and have taken a group of friends back with us to Bogani in Kenya. The Nobel Peace Prize was also awarded to Malala Yousafzai and Kailash Satyarthi. Free The Children’s first ever action was a petition to free Kailash from prison after he was detained for his fight against child labour. This then inspired FTC’s first ever project to fund Bal Ashram, the rehabilitation centre set up by Kailash to house the children rescued from slavery. 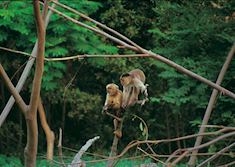