Although little detail is known about the early days of Borobudur, its completion is believed to pre-date the temples of Angkor by 300 years. Constructed under the Sailendra Dynasty rule, the 72 Buddha sculptures, and 2,500 square meters of bas reliefs and carvings tell the tale of centuries old Javanese life, and Buddhist teachings. 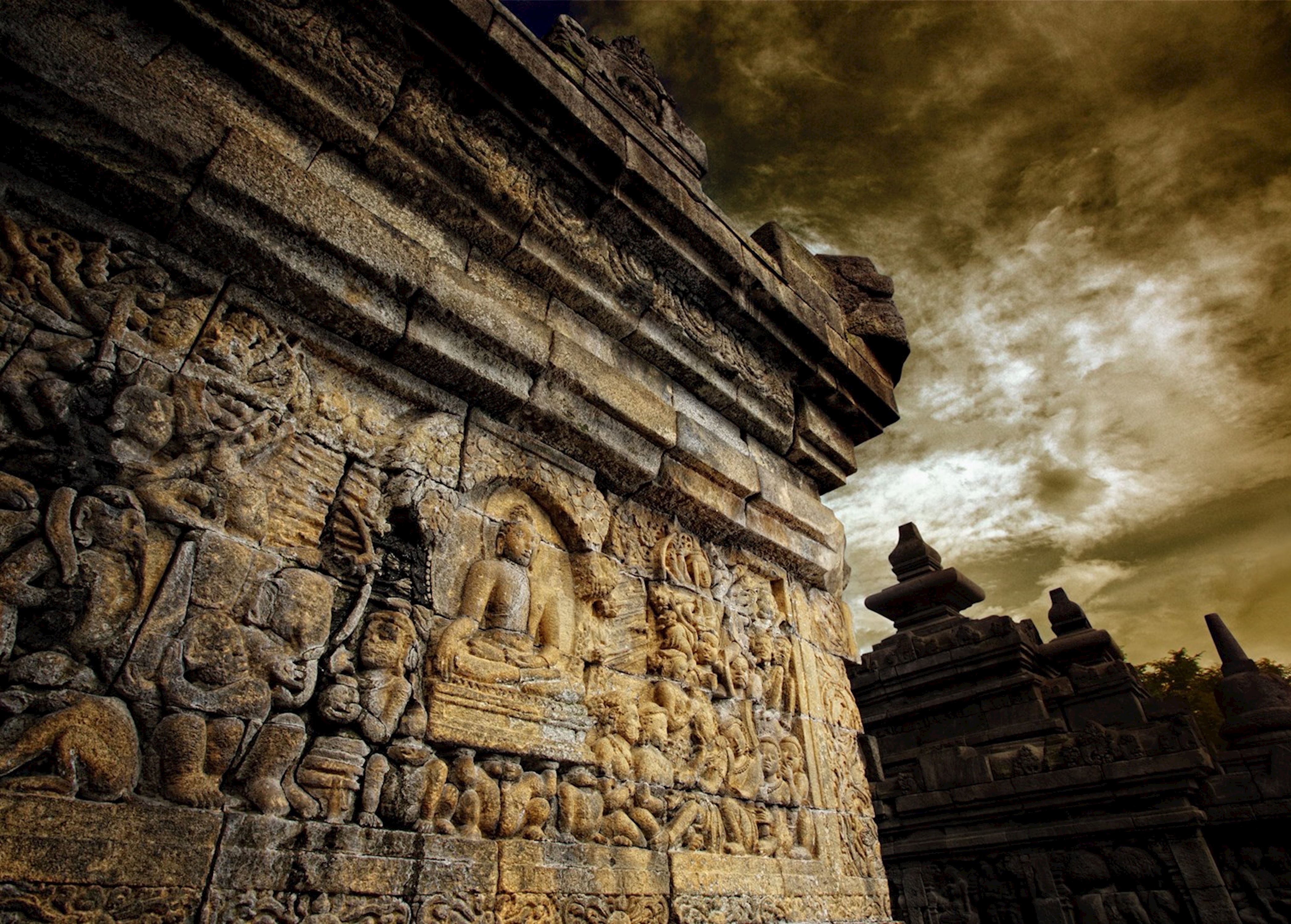