The Nepalese capital is tantalizing and a great place to soak up some Himalayan spirit, says Audley specialist Andy

Durbar Square is the centerpiece, where temples, palaces and golden gates create a magical outdoor theater. On the outskirts of the city, the simplicity of the towering white Buddhist stupas at Boudhanath and Swayambhunath are striking. Set among the backdrop of the mighty Himalaya mountains, Swayambhunath offers magnificent views across the valley, while Boudhanath is encircled by Tibetan shops and intricately detailed monasteries. 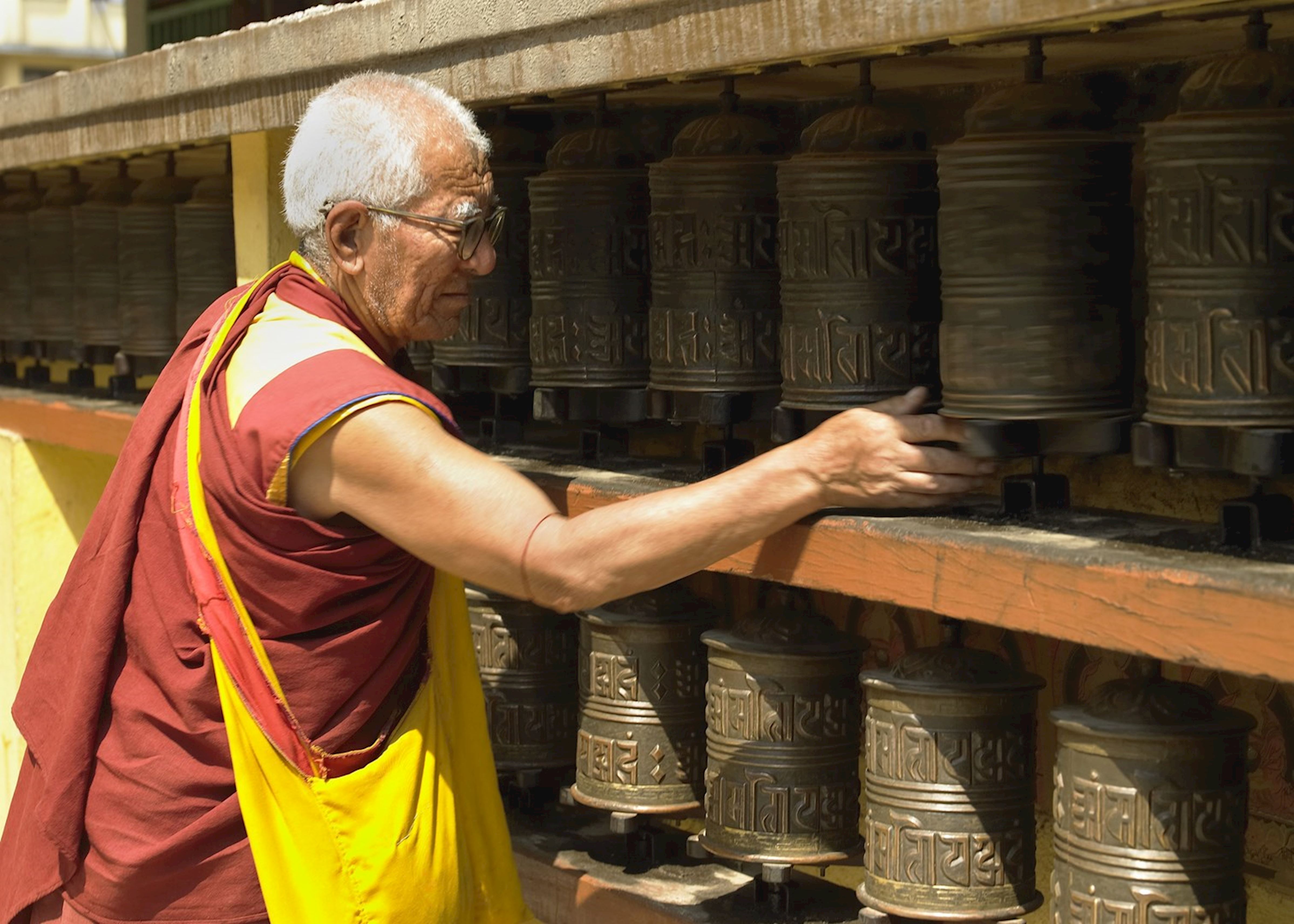 Home to one of the largest stupas in the world, Boudhanath is one of the city’s main attractions. When Tibetan refugees started to arrive in Nepal in the 1950s, many settled in the area around the temple, which led to the construction of over 50 Tibetan monasteries. The area has a strong Tibetan feel and many monks can be seen wearing traditional Buddhist clothing. The streets nearby are filled with shops selling colorful prayer flags, prayer wheels, butter lamps and incense. 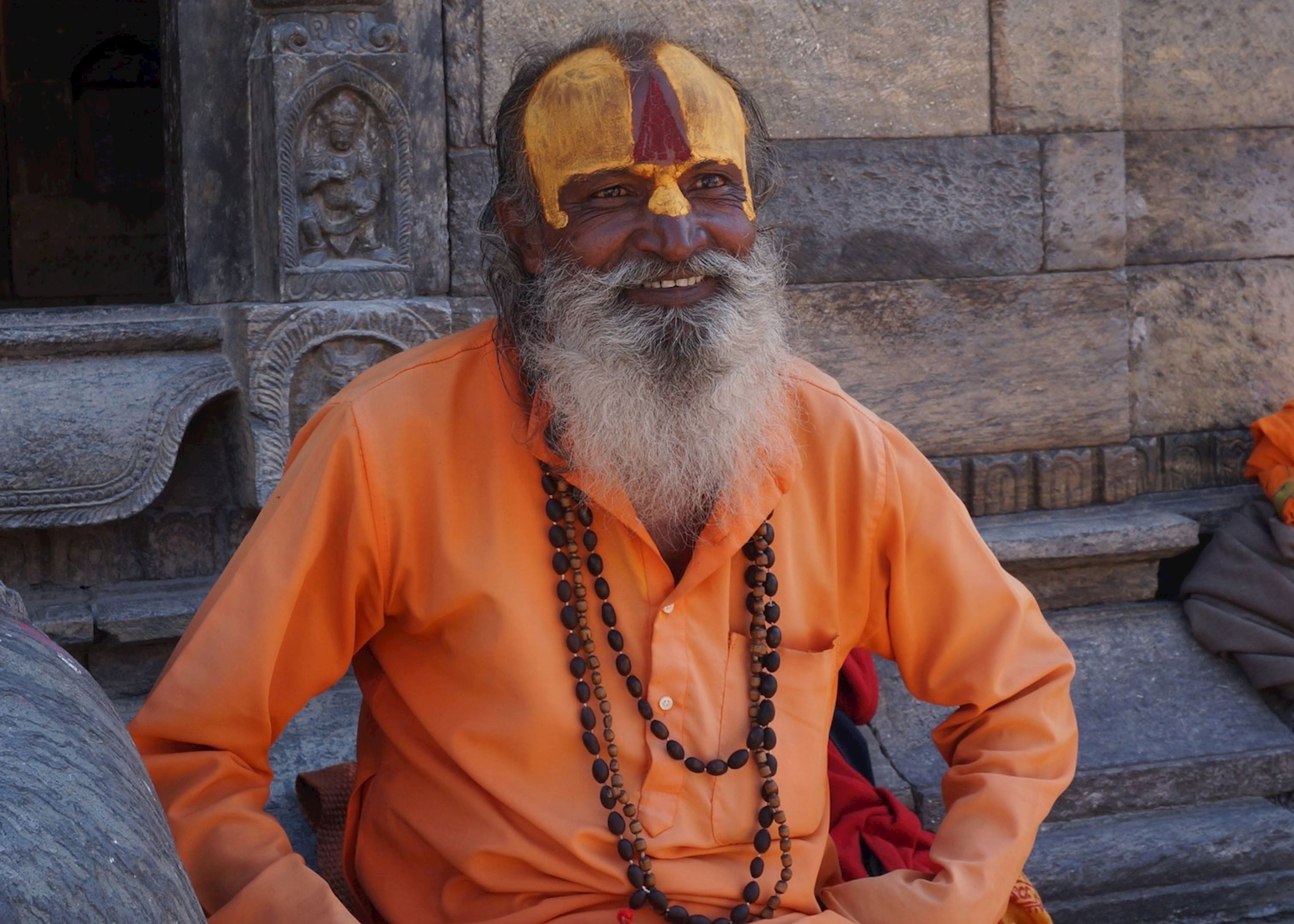 Ten minutes’ drive from Boudhanath, this is one of the most significant Hindu temples in the world, located on the banks of the Bagmati River. The temple is the oldest Hindu temple in Kathmandu and a walk around the complex gives you a great feel for Hinduism in Nepal. Many saddhus (holy men) with painted faces, long beards and colorful dress can be seen here having their photos taken. 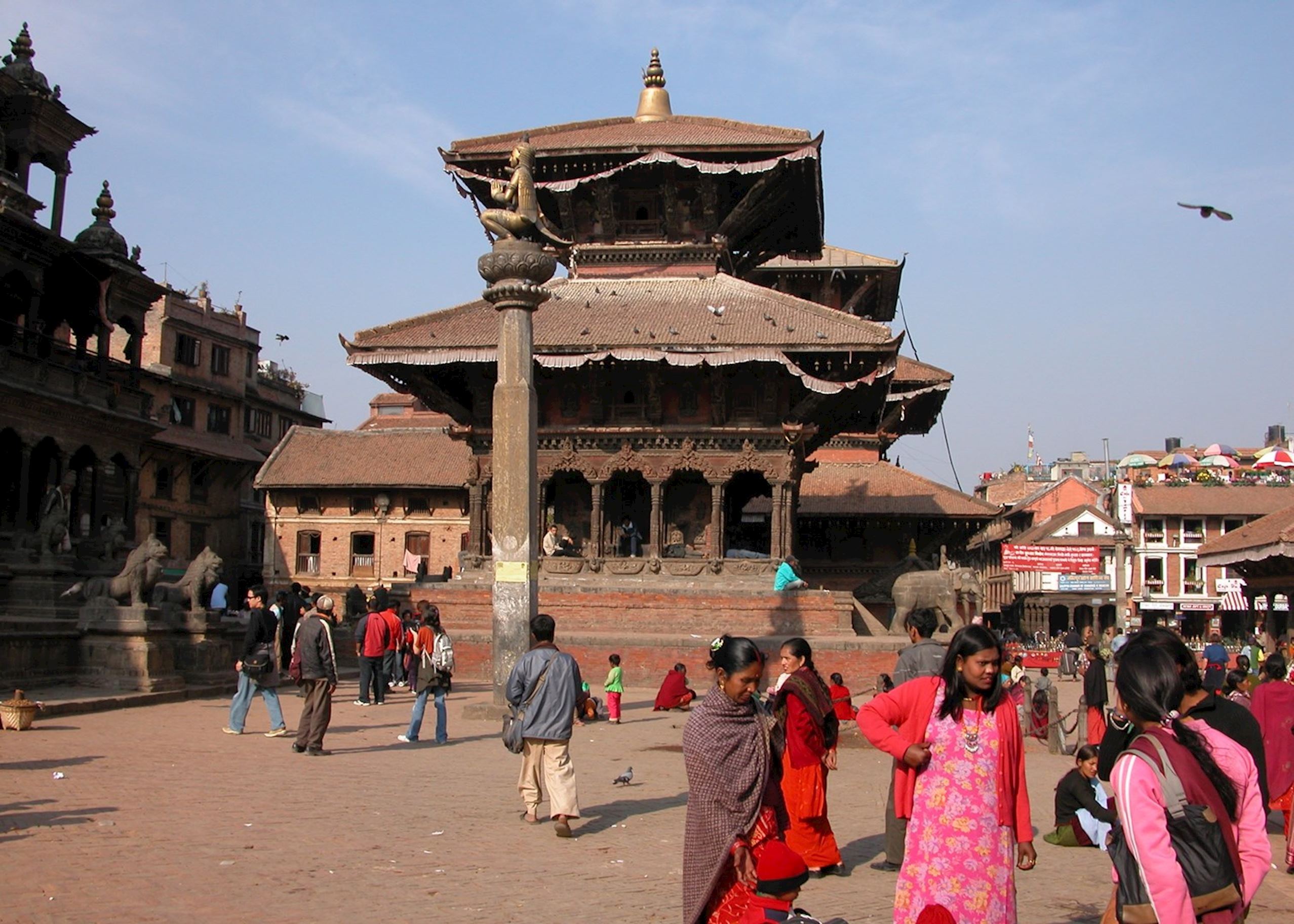 One of three such squares in the Kathmandu Valley, this one is located in front of the old Royal Palace. The palace is decorated with elaborately carved wood-framed windows and panels, and is home to two museums. At the south end of the square, down a narrow passage, you will find the Kumari Chowk. This gilded cage contains the Raj Kumari, a girl chosen via an ancient and mystical selection process to become the human incarnation of the Hindu mother goddess, Durga. She is worshiped during religious festivals and makes public appearances at other times for a fee paid to her guards.

Surrounded by Newari houses, the busy district of Thamel is just a short walk from the city center and is a great place to discover Buddhist stupas and Hindu shrines concealed among busy bazaars. Known as the backpacker heart of Kathmandu, it is filled with guesthouses, bars, restaurants and shops that sell everything from clothes to CDs. It’s also the best place to find all you need for trekking trips into the Himalaya. 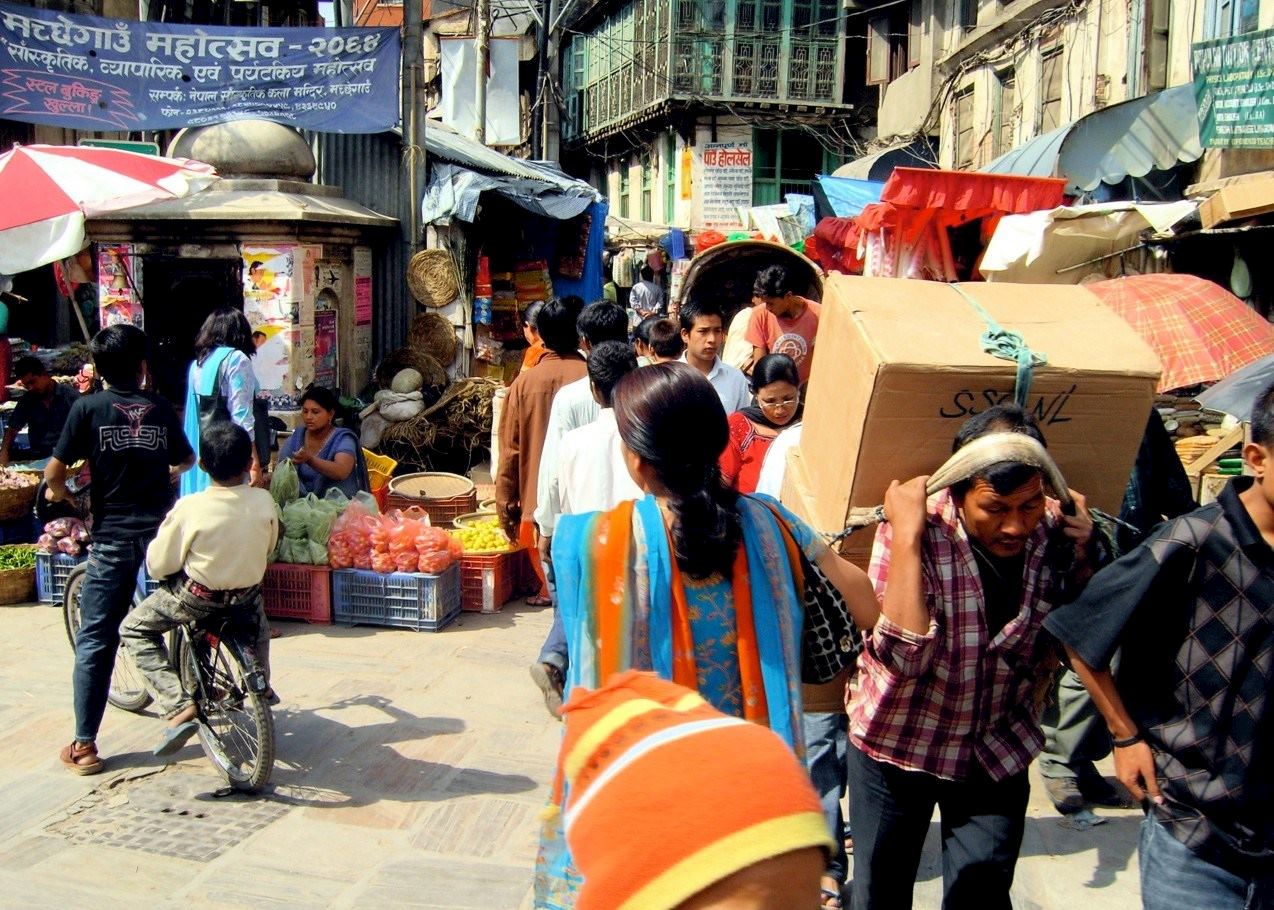 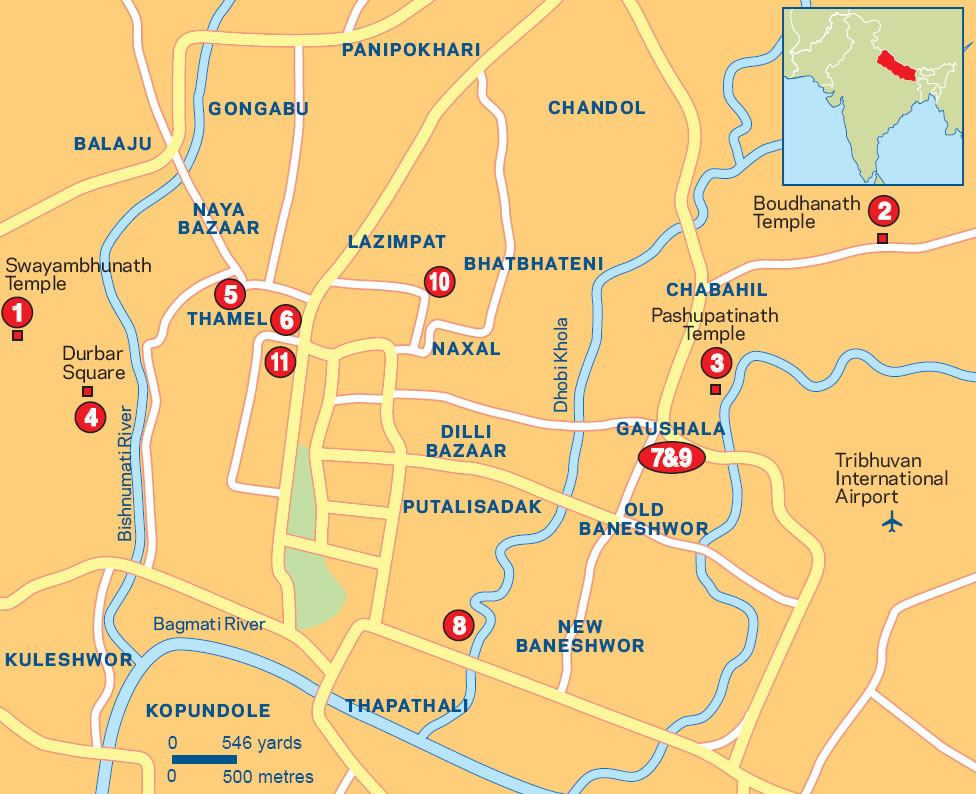 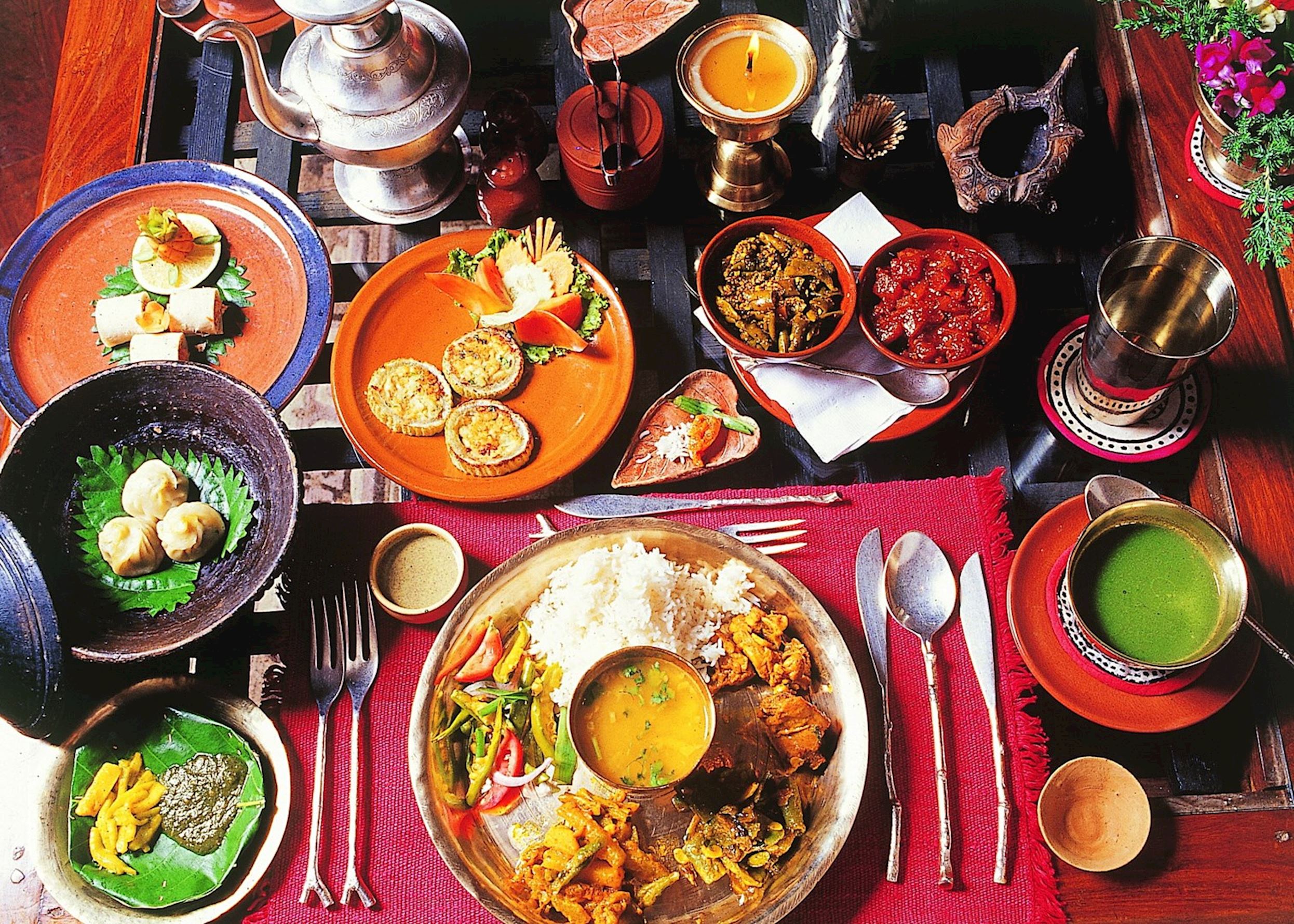 Dwarika’s is one of the city’s finest and a true heritage hotel housing an extensive collection of artifacts from the 13th century onward. It’s also ideally situated for exploring the Pashupatinath temple and the Buddhist stupa at Boudhanath.