Julian Kenyon and his family took a road trip along California Highway 1 in the USA with Audley. Read about their adventures as they traveled from San Francisco to San Diego.

It's true what they say San Francisco does sparkle at night. I was sitting in The View, a restaurant on the 39th floor of the Marriott Hotel on the corner of Fourth and Mission. This was the second night of our California fly-drive — a keen amateur photographer; I had been determined to capture San Francisco 'lights on' as it were. Looking through what resembled a giant spider's cobweb of windows with my camera poised, we watched enchanted as the city's skyscrapers came to life. In the distance the lights on the Bay Bridge seemed to have a pulse of their own, matching the beat of The View's resident pianist. Cocktail in hand, surely life couldn't get much better. 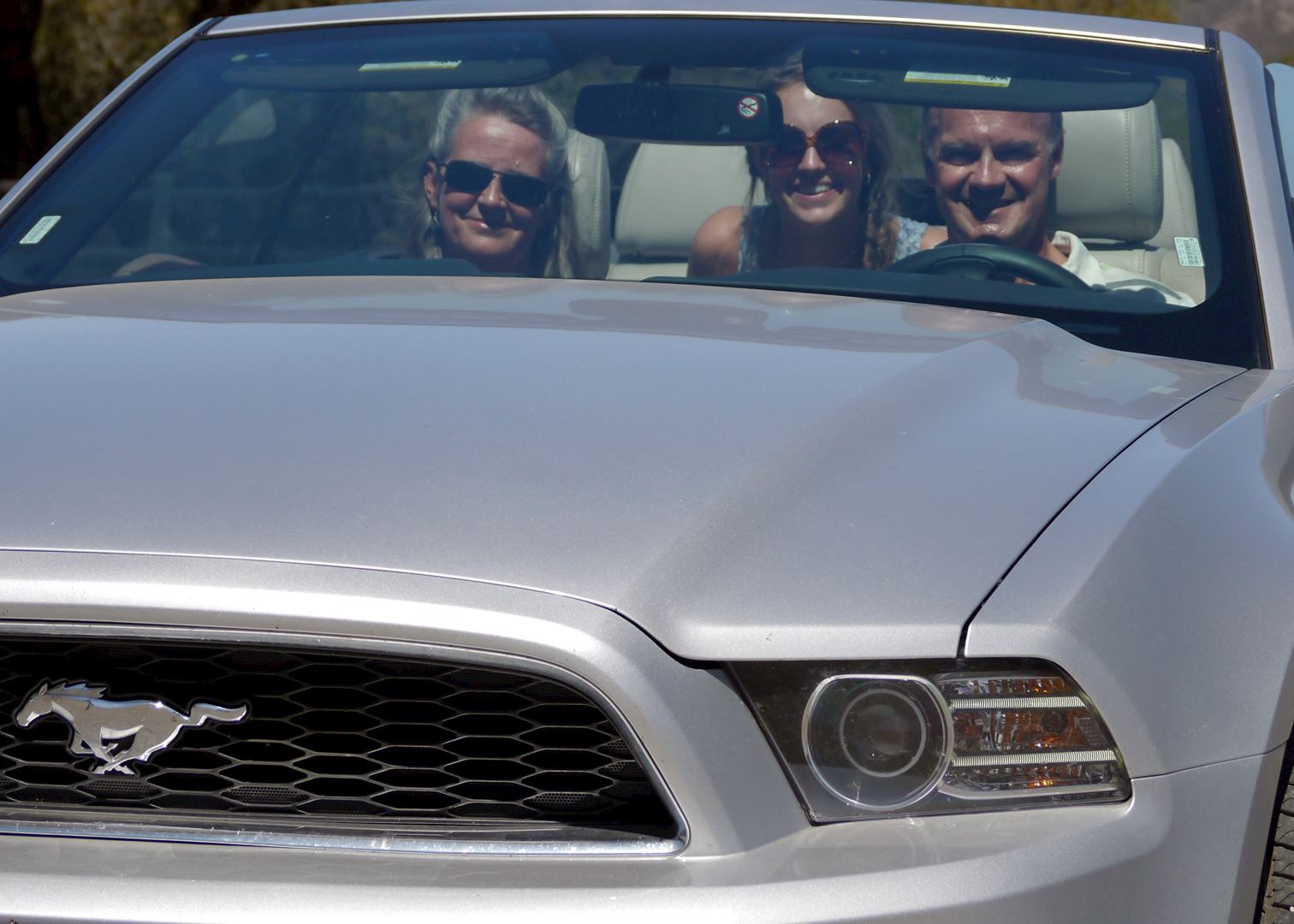 For foodies, San Francisco is heaven; you can eat breakfast, lunch and dinner in a different restaurant every day of the year and never eat in the same establishment more than once, having said that, one of our favorites was Scoma's on Pier 47. Fresh fish is plentiful on the west coast and Scoma's serves up some of the best. As our waitress informed us, it was also a favorite haunt of Pierce Brosnan, though much to the disappointment of the rest of my party he wasn't there that day. 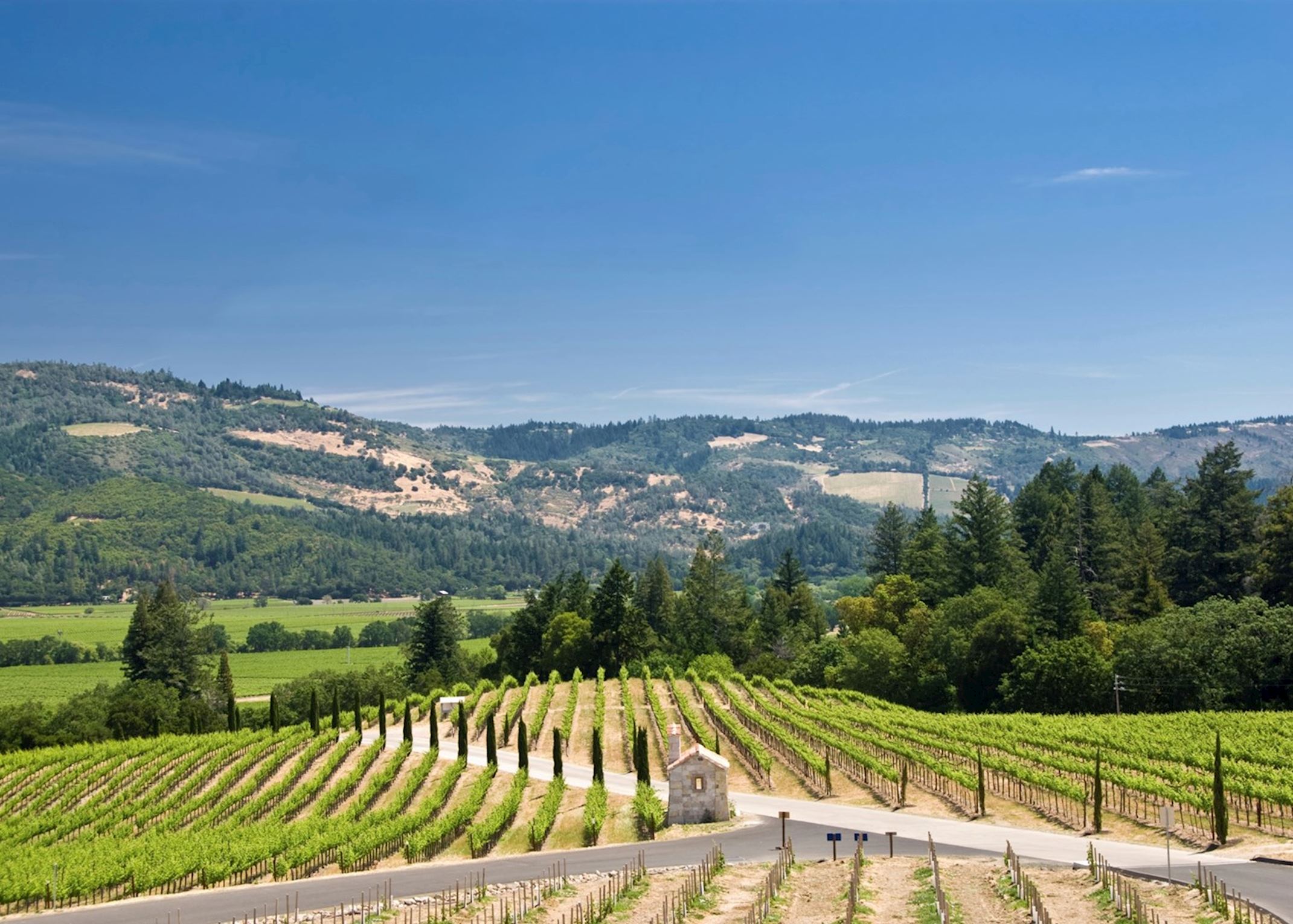 Napa is a two hour drive north of San Francisco and it wasn't long before we started seeing the regimented rows of vines that typify the Valley. You can't possibly visit Napa and not take in a wine tour. These are well organized and your guide will collect you from your hotel where you will meet your other wine connoisseurs. The day is spent visiting a variety of vineyards and sampling their delights as well as learning about the delicate process of managing the vines though this becomes hazier as the day progresses. Each vineyard charges around $15 for the privilege of sampling and it is wise to pace yourself.

A focal point for visitors to Monterey is Cannery Row, named after the famous Steinbeck novel of the same name. Cannery Row looks and feels like a film set, the former sardine factories have been tastefully transformed into smart boutiques, trendy restaurants, galleries and hotels. At the end of the row is The Monterey Bay Aquarium, which is open daily and offers one of the world's most spectacular displays of marine wildlife including a two-story sea otter exhibit. 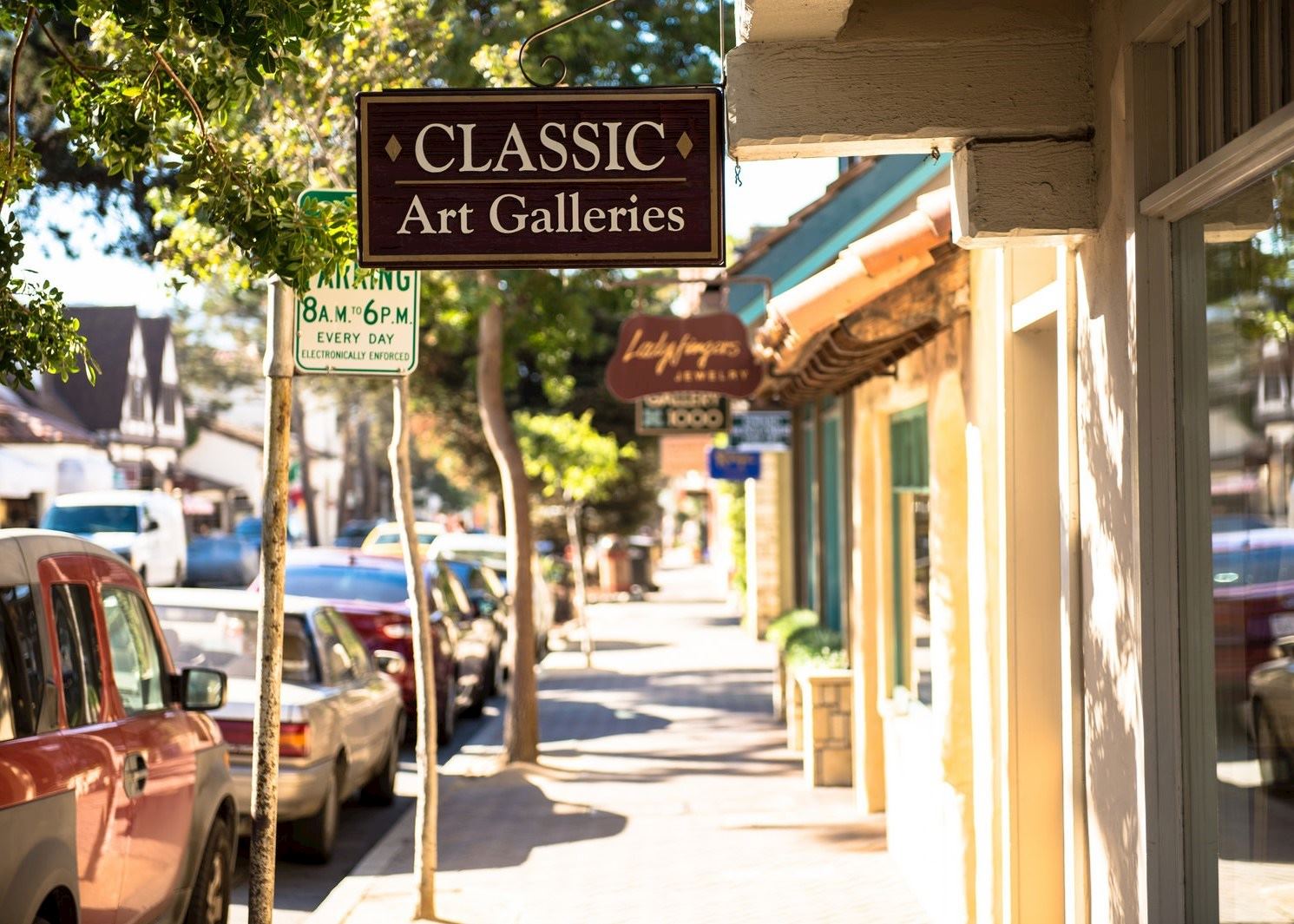 The neighboring streets of Pacific Grove, apparently one of the world's most romantic destinations, are a residential area overlooking the bay; where classic timber-faced houses in a variety of vivid colors draw on California's colonial past. Nearby Carmel, famed for once having Clint Eastwood as its mayor, can best be described as an upscale village of quaint colorful cottages, restaurants, inns, shops and art galleries fronted by a broad beach fringed with Monterey pines. The village provides one of the access points to 17 Mile Drive, a scenic drive that takes you past the Pebble Beach Golf Club and an array of multi-million pound homes, all set against a magnificent Pacific backdrop, this is lottery winner country but fascinating to nose around. 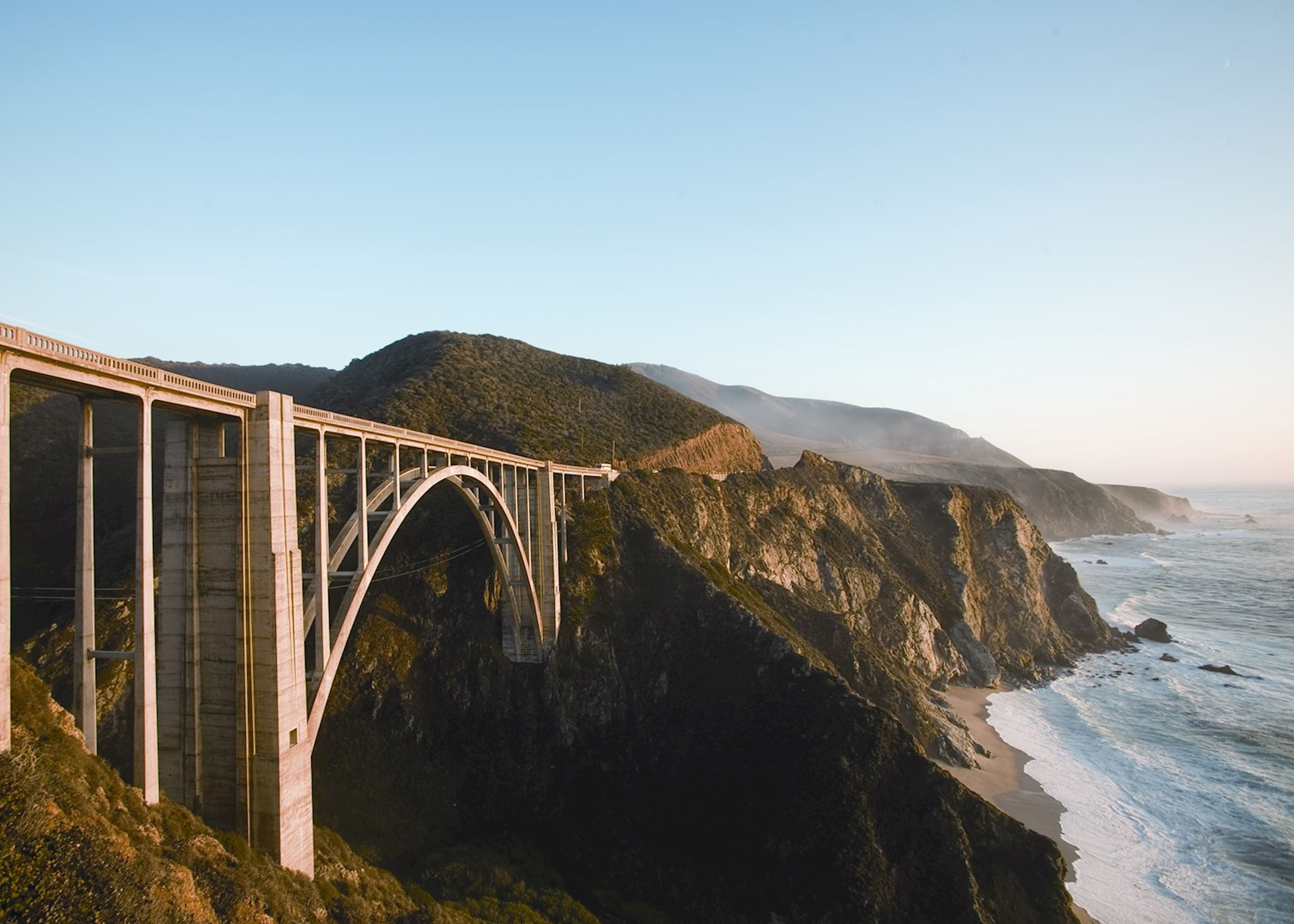 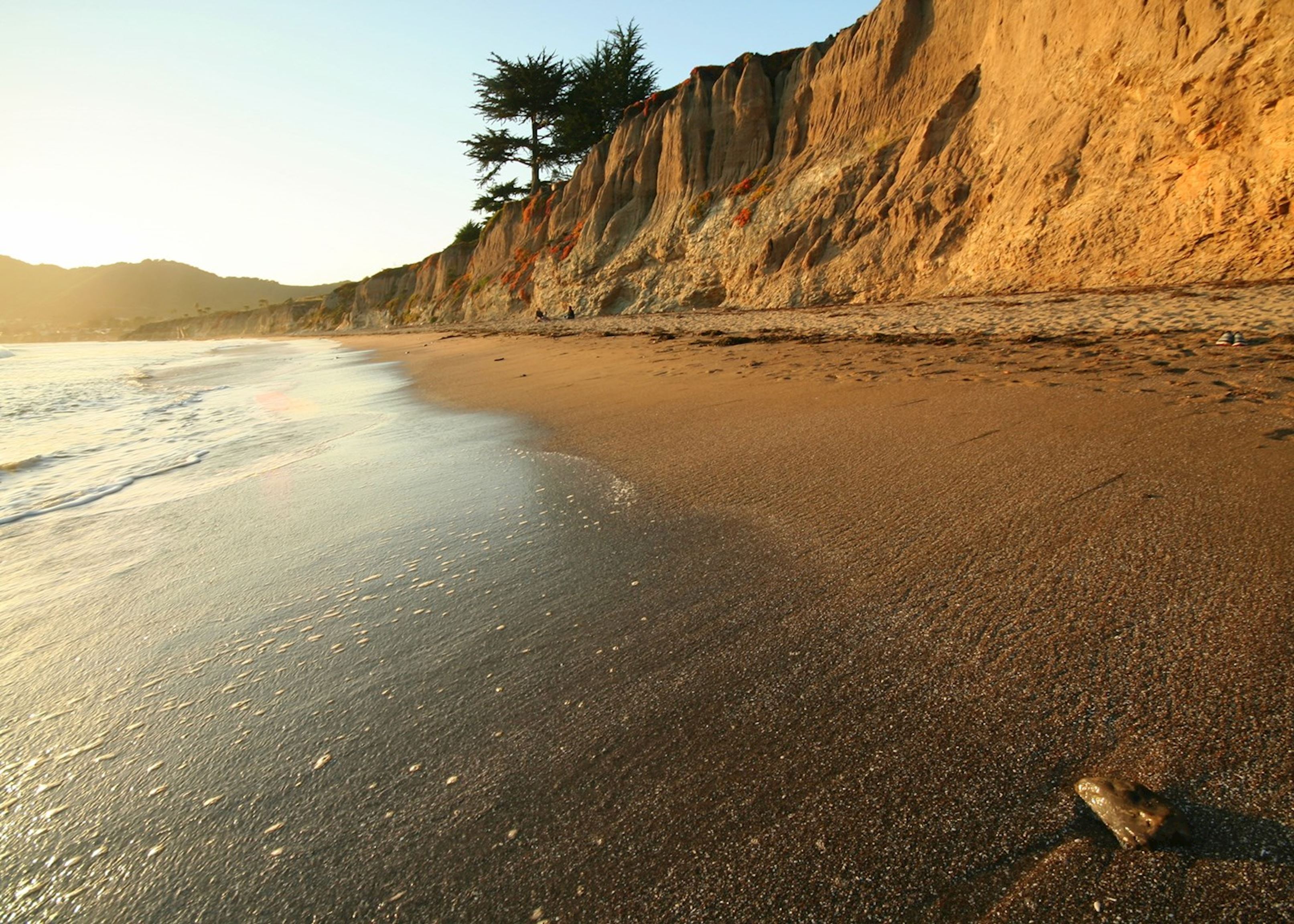 We arrived back in the UK with huge smiles on our faces having experienced a magical vacation and happy memories — not to mention a few photographs.