The world's second smallest country (beaten only by The Vatican), Monaco is a tiny principality ruled by the Grimaldi family since 1297. The city-state, of which Monte Carlo is one district, tumbles down the foothills of the Alpes Maritimes mountain range to a glittering bay littered with super yachts.

Though it boasts shoreline along the aqua-blue Mediterranean, few come to Monaco for the scenery alone. Our specialists know the principality well, however, and can take you away from the ugly apartment blocks in the city's heart. They’ll introduce you instead to the quainter old town, the royal palace, botanic gardens and the white-stoned cathedral which is the final resting place of actor and princess, Grace Kelly.

I think Monaco has so much to offer beyond the casino — the royal family’s long history, the changing of the guard at the palace, and the views of both France and Italy from its shores.

Things to see and do in Monaco and Monte Carlo 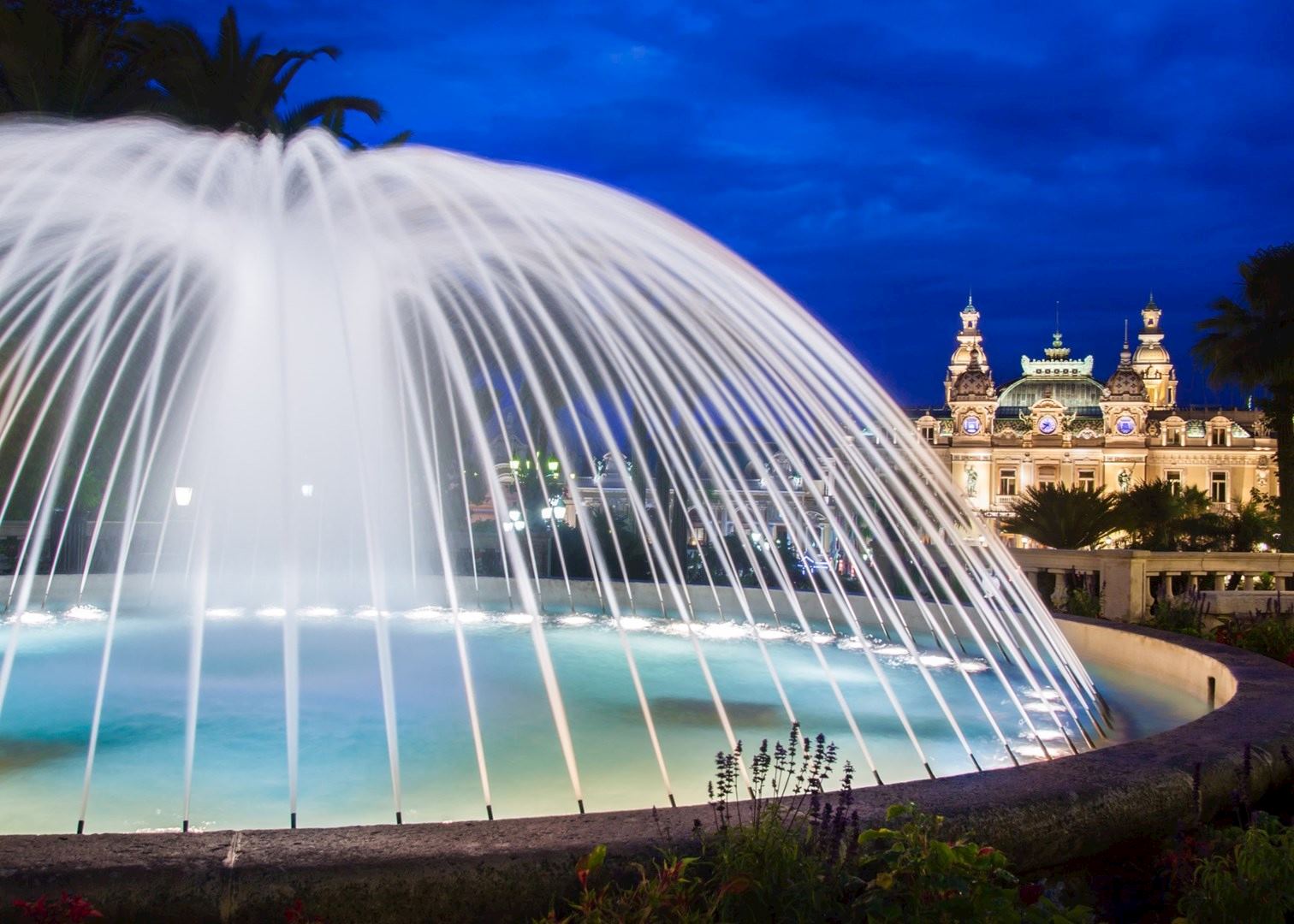 One of the world's most legendary gambling dens, the Casino de Monte Carlo is an extravagant Belle Époque confection, dripping in marble and gold, elaborate plasterwork and detailing. It was designed by Charles Garnier (who also created Paris’s premier opera house) and was the brainchild of Prince Charles III, after whom the Monte Carlo (Mount Charles) district is named.

In fiction, it’s often been used as a glamorous setting for super spies and royalty, a reputation that’s based in historical reality. Mata Hari herself slinked through the gaming halls here and Egypt’s King Farouk glutted himself on oysters while gaming away fortunes. Even if you don't intend to try your luck on the tables, it’s worth going inside just to see the extravagance of the interiors.

Typically held in late May, Monaco’s annual Grand Prix is one of the most prestigious Formula One races in the world. The course takes 78 daring laps through the narrow city streets. It involves tight corners, sudden elevation changes and a tunnel that occurs right before a series of chicanes. These factors make it both the slowest and most challenging course on the circuit, and drivers come from around the world to test their mettle.

There’s little margin for error here and overtaking is almost impossible, making it one of the most exciting and dangerous races of the Formula One calendar. If you're visiting Monaco at any other time, it's possible to simply walk around the circuit.

The Prince’s Palace sits on a rocky promontory in Monaco-Ville, the old quarter. It’s still the home and working state headquarters of the Monégasque sovereign. Built in 1191 as a Genoese fortress, it’s been home to the Grimaldi clan almost continuously since the late 13th century, when the family’s patriarch captured it through wily deception.

The white and cream palace has a low, wide profile and lacks the ornate elegance of most Renaissance or Baroque palaces. That’s because it was a fortified citadel rather than a mere ceremonial palace for much of its long history. Inside, however, you can find sumptuous state rooms, which are open for public tours during the summer months.

Regardless of the season, however, the changing of the guard happens every morning at 11:55. The guard in question is the Compagnie des Carabiniers du Prince (Prince's Company of Carabiniers), who provide round-the-clock protection for the royal family. Dressed in antiquated white uniforms, a small contingent of the Carabiniers marches through the palace courtyard to the accompaniment of two drums and two trumpets.

Also in the old town is the 18th-century Saint Nicholas Cathedral, a grand Romanesque-Byzantine-style structure that‘s best known as the burial place of Prince Rainier and Princess Grace.

The Jardin Exotique de Monaco is home to the world's largest collection of succulents and cacti but the gardens’ real trump card is their views over the principality. Set on a hillside and laced with a web of paths, stairs and bridges, the gardens overlook the old town and the marina.

This sample itinerary will give you an idea of what is possible when you travel in Monaco and Monte Carlo, and showcases routes we know work particularly well. Treat this as inspiration, because your trip will be created uniquely by one of our specialists. 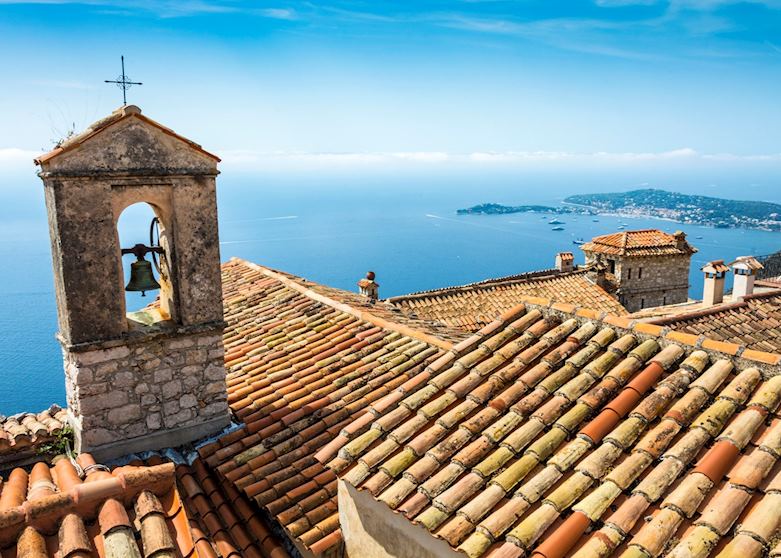 The south of France has mastered the art of rest and relaxation. This itinerary showcases the best of both Provence and the Riviera. It begins with time spent exploring Provence’s medieval hilltop villages, in particular, Gordes and Saint-Rémy-de-Provence. Here you can take part in cultural traditions such as a truffle hunting and enjoy tastings at local wineries and an olive oil mill. You then venture to the French Riviera, where you can immerse yourself in the style of iconic seaside towns such as Saint-Tropez, more medieval hilltop villages such as Èze, and the bustling city of Nice with its strong Italian influence. As well as soaking in the endless sunshine and glistening turquoise waters, you’ll have time to explore villas drenched in flora and fauna and enjoy a private sunset boat tour on the Mediterranean Sea.

Map of Monaco and Monte Carlo

Places near Monaco and Monte Carlo

Photos of Monaco and Monte Carlo

Our specialists seek out authentic ways to get to know the places that could feature in your trip. These activities reflect some of the experiences they've most enjoyed while visiting Monaco and Monte Carlo, and which use the best local guides. 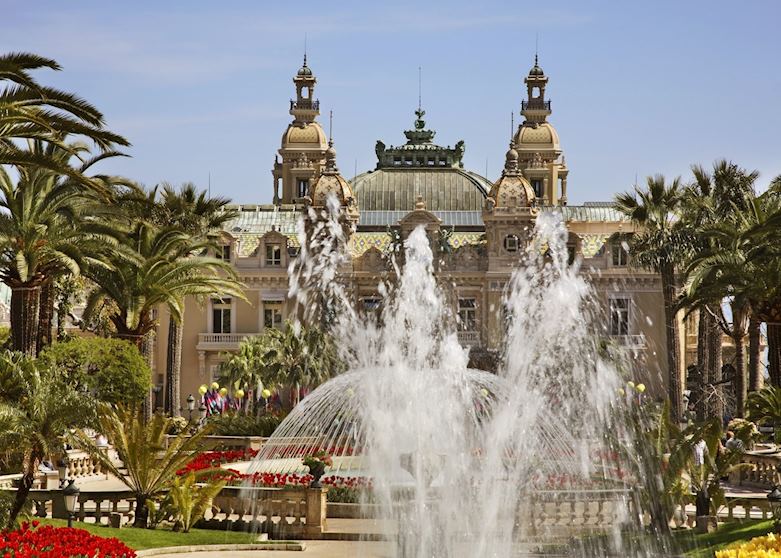 Explore the rambling streets of Monaco on a guided tour that introduces you to the history of the tiny principality and its ruling family before taking you to the hilltop village of Èze to wander its winding, cobbled streets.