The popes’ residence, the Palais des Papes (Papal Palace), is the city's most remarkable structure but around it winds a handsome array of medieval streets linking leafy public squares lined with small boutiques, cafés and excellent restaurants. With a large number of museums and a renowned arts festival, Avignon has a wide choice of attractions. Our specialists can help you decide where best to go, based on your specific interests. 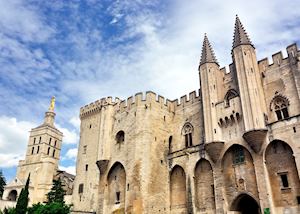 Our itineraries will give you suggestions for what is possible when you travel in Avignon, and they showcase routes we know work particularly well. Treat them as inspiration, because your trip will be created uniquely by one of our specialists.