During Mexico’s colonial era the mines of its central heartland produced much of the world’s silver, gold and precious stones. As a result, the colonial cities were born.

Many are now important industrial centers, but have generally retained their charming historic hearts. They provide a different perspective on this fascinating country. Colorful Spanish architecture, cobbled streets and plazas abound, each one different from the next.

They vary from traditional villages such as Patzcuaro, with its local Indian community in colorful costumes living around a lake, to modern commercial cities such as Querétaro, with its pedestrian walkways and sprawling suburbs centered around its colonial heart. Guanajuato, meaning “Place of Frogs”, is a vibrant, colorful university city, a series of winding roads and underground streets making the best of its location in a narrow gorge, while San Miguel de Allende is more relaxed and artistic, with cobbled streets climbing steep city-center hills. Morelia’s city center on the other hand is dominated by an impressive cathedral with archways framing streets that have barely changed in hundreds of years.

Decidedly different from one another, each of the cities has its own particular charm and appeal intermixed with a laid back atmosphere and pleasant cafés creating the perfect environment for watching the world go by.

A guide is essential to reveal their hidden corners and colorful past. The cities are a good few hours’ drive from one another so we suggest taking your time and spending at least a week to discover the area, or a couple of days visiting just one or two cities.

All are at their best on the Day of the Dead on November 1st, when the streets are transformed into macabre street parties.

Places to visit in the Colonial Cities

Featuring heavily on our experiences of visiting the Colonial Cities, these selected places are destinations that also prove consistently popular with our travelers. Our specialists can help you choose how to include them in your wider trip, based on your preferences. 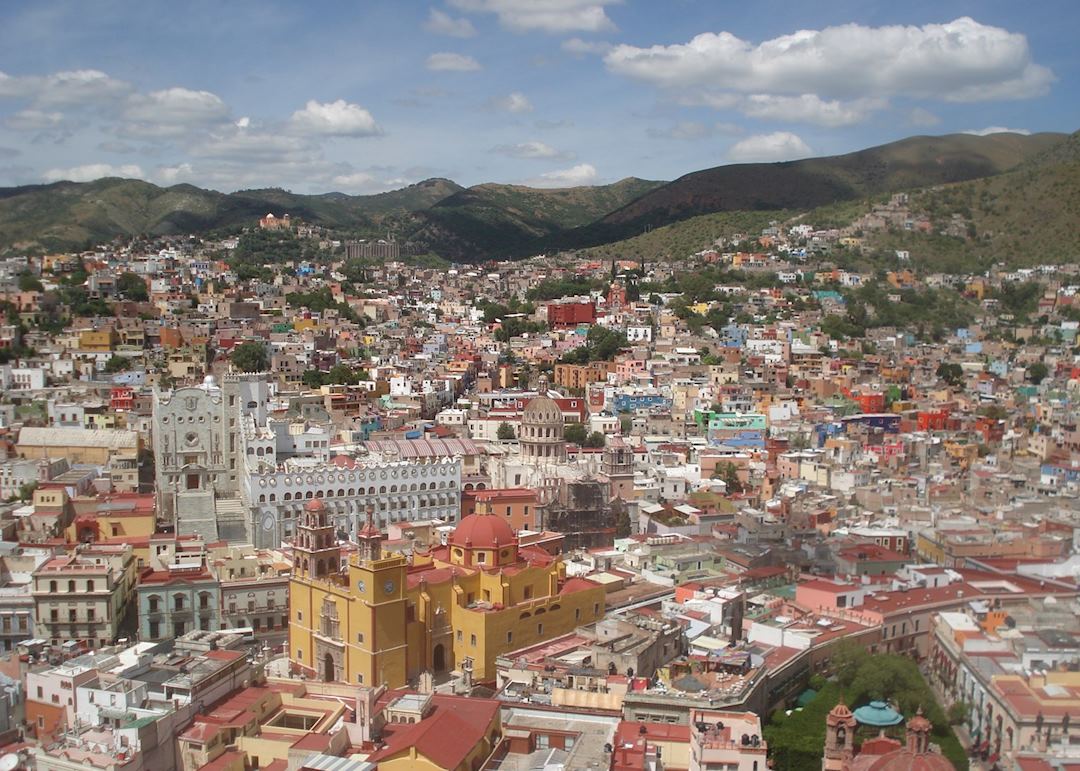 Start planning your trip to The Colonial Cities

Map of the Colonial Cities

Places in and around the Colonial Cities

Photos of the Colonial Cities

Accommodation choices for the Colonial Cities

We’ve selected a range of accommodation options for when you visit the Colonial Cities. Our choices usually come recommended for their character, facilities and service or location. Our specialists always aim to suggest properties that match your preferences.