Although its incipient period (the first two centuries BC) is poorly understood, archaeological data show that the next two centuries were characterized by monumental construction, during which Teotihuacán quickly became the largest and most populous urban center in the New World.

The city seems to have functioned for centuries as a well-developed urban center until its rather sudden collapse, possibly in the seventh century. The place was called Teotihuacán by Nahuatl speakers several centuries after the city's fall, but its original name, the language or languages spoken there, and the ethnic groups who built the city are still unknown.

The pyramids of the sun and moon here are said to rival those of Giza in Egypt and, at the city's peak of power between 350 to 650 AD, it had many influences on other now ancient sites throughout Mexico and Guatemala especially in relation to the pottery, sculpture and architecture. 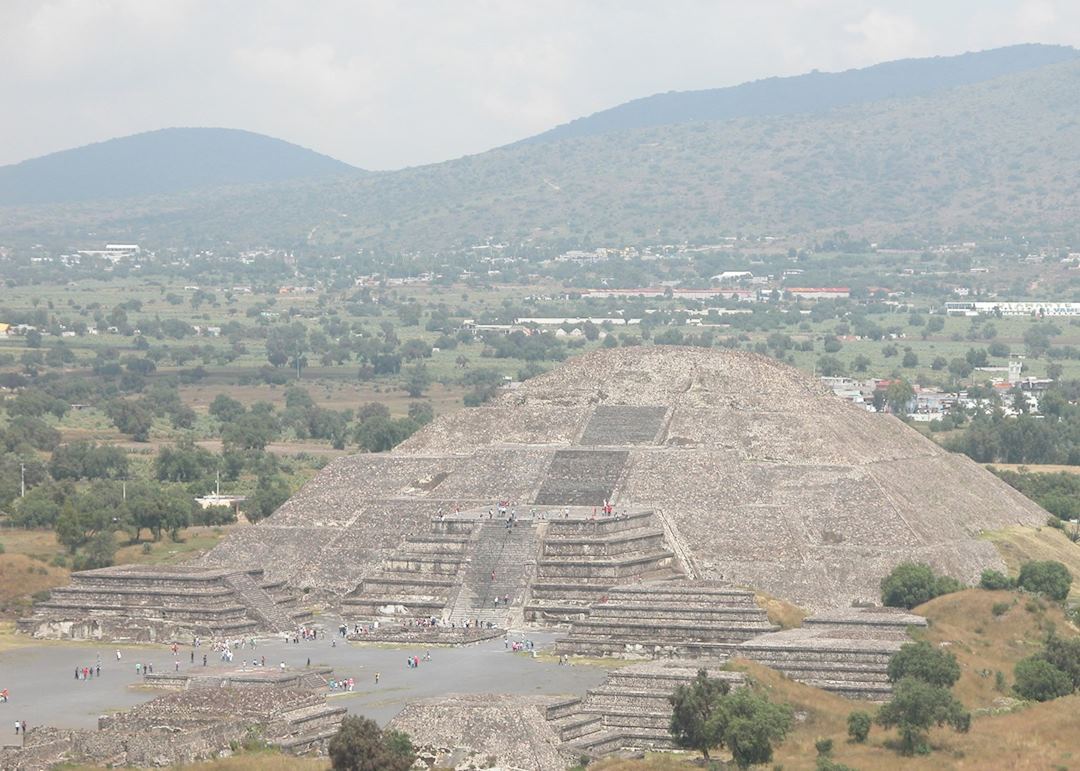 Start planning your trip to Teotihuacán

Our expert guides to exploring Teotihuacán

Written by our specialists from their own experiences of visiting Teotihuacán, these guides will help you make the most of your time there. We share both our practical recommendations and the best ways to appreciate Teotihuacán at its best.