Located in a valley in Mexico's central region, 2,250 meters above sea level, with a magnificent backdrop of the Popocatepetl and Iztaccihuatl volcanoes, the nation's capital has a pleasant climate. One of the world's largest metropolises, Mexico City is also the oldest urban center in the Western Hemisphere; founded by the Aztecs in the 14th century, when it was called Tenochtitlán.

The Spanish conqueror, Hernan Cortés, and his men were awestruck by the sight of the imposing temples of the Aztecs. Reporting back to King Carlos V, Cortés struggled to convey the majesty of what he saw. Imagine the King's surprise at learning that ‘one of the plazas is twice the size of that of Salamanca’, and ‘the principal pyramid is taller than the tower of the cathedral at Seville’, or that the stone and wood craftsmanship that adorned these monuments ‘could nowhere be bettered'. After the Spanish conquest of the Aztecs, many of the city's original buildings were built over and are only now being rediscovered. Today, the city is a mix of ancient ruins, colonial buildings and modern high rises. Its soul is overwhelmingly centered around its vast Zócalo (main square), and nowhere is Mexico's explosive past better depicted than here.

Surrounded by some of the finest buildings of the colonial era lie the remnants of one of the Aztecs' principal monuments, the Templo Mayor. Its mysterious shapes stand as a haunting tribute to the pre-Hispanic civilization that flourished here long ago. Here, the Mexican flag has flown proudly for centuries, with crowds gathering in celebration or in demonstration at every opportunity.

What's more, Mexico City is very cosmopolitan; you can shop at bazaars and craft markets in the Coyoacan and San Angel neighborhoods, or you can go to exclusive boutiques and shopping centers in the upmarket communities of Santa Fe and Polanco, where you'll be surrounded by the comfort of top hotels and restaurants. The world renowned Anthropological Museum, the beautiful house of Frida Kahlo, the unique market Bazar del Sabado, the Basilica de Guadalupe (where the Virgin is said to have appeared), and Teotihuacán, the largest city in the ancient world, with pyramids rivaling those of Giza in Egypt, all contribute to making this a fascinating capital.

Although a large, busy and industrial city, Mexico City is well worth a few days' exploration. Its traffic can be a challenge — you may need to be very patient when driving from place to place. It can also be chilly in the capital, especially in the evenings, so we recommend you bring a warm sweater. 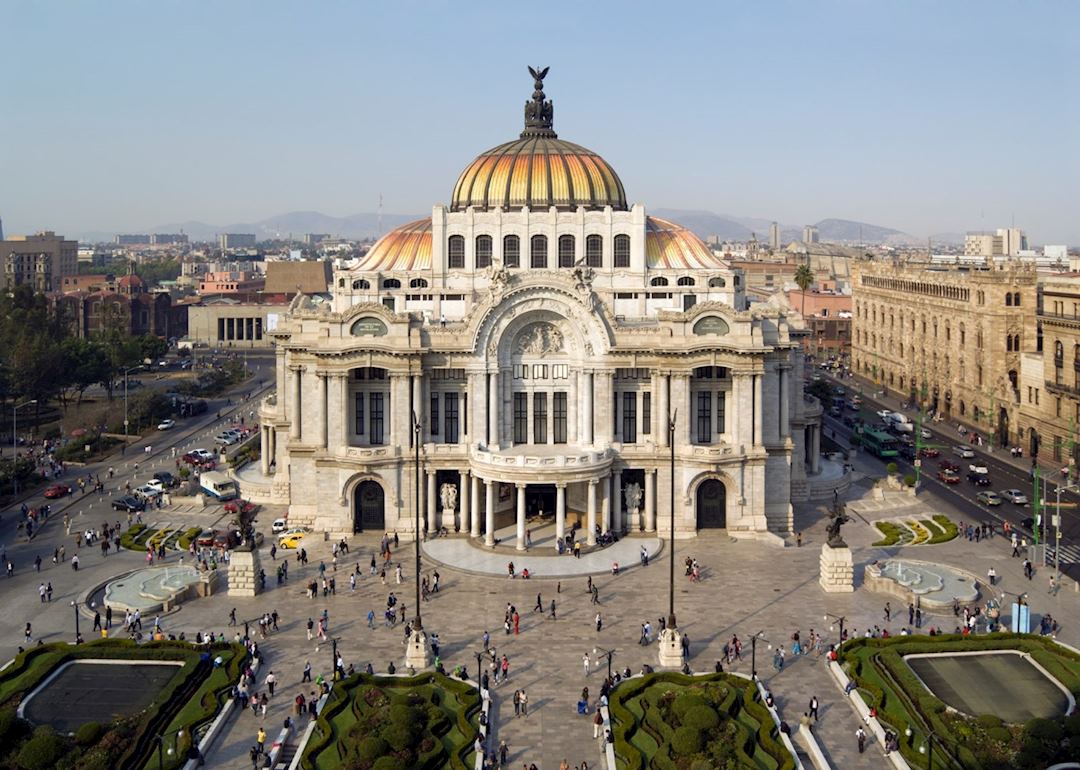 Written by our specialists from their own experiences of visiting Mexico City, these guides will help you make the most of your time there. We share both our practical recommendations and the best ways to appreciate Mexico City at its best.

We’ve selected a range of accommodation options for when you visit Mexico City. Our choices usually come recommended for their character, facilities and service or location. Our specialists always aim to suggest properties that match your preferences.

Our specialists seek out authentic ways to get to know the places that could feature in your trip. These activities reflect some of the experiences they've most enjoyed while visiting Mexico City, and which use the best local guides.