Today, his influence remains in the city’s reputation as a well-heeled and hedonistic party town with a cosmopolitan population that includes a large gay community. Located just over an hour’s drive from London, Brighton is unlike anywhere else in England.

Brighton’s charms, however, go well beyond the commercial — you’ll find grand Regency-era buildings interspersed with innovative galleries, imaginative street art and a giant, pebbled beachfront. The city’s quirky character has been featured in the literature of Jane Austen, Graham Greene and Henry James as well as on the big screen in the Mods-and-Rockers-themed Quadrophenia and crime drama Brighton Rock.

Behind the Regency-era buildings that line the waterfront you’ll find the Royal Pavilion at Brighton. Then Prince Regent hired architect John Nash to create a seaside pleasure palace in the early 1800s and what resulted was an exotified version of an Indian mogul’s palace. The fantastical forest of minarets, domes and pinnacles are matched by lavish interiors replete with flying dragons, gold palm trees on scarlet brocade and water-lily inspired chandeliers.

George’s presence had a dramatic influence on the city’s fortunes and prompted an influx of visitors and investment. Grand terraces sprang up, the beachfront promenade was improved and eventually several piers were constructed to entertain the masses who came here. Today, the Victorian Palace Pier remains a quintessentially English seaside attraction with a fairground, fish-and-chips stalls and brightly-striped deckchairs.

Just north of the city, the South Downs is an area of chalky hills, ancient woodland and lowland heath dotted with traditional villages. It’s a tranquil place for walking, cycling and horse riding, providing a pleasant contrast to the bustling city.

Brighton makes a good year-round destination but really comes into its own in summer when the beach is packed with families and the calendar fills with festivals and sporting events. 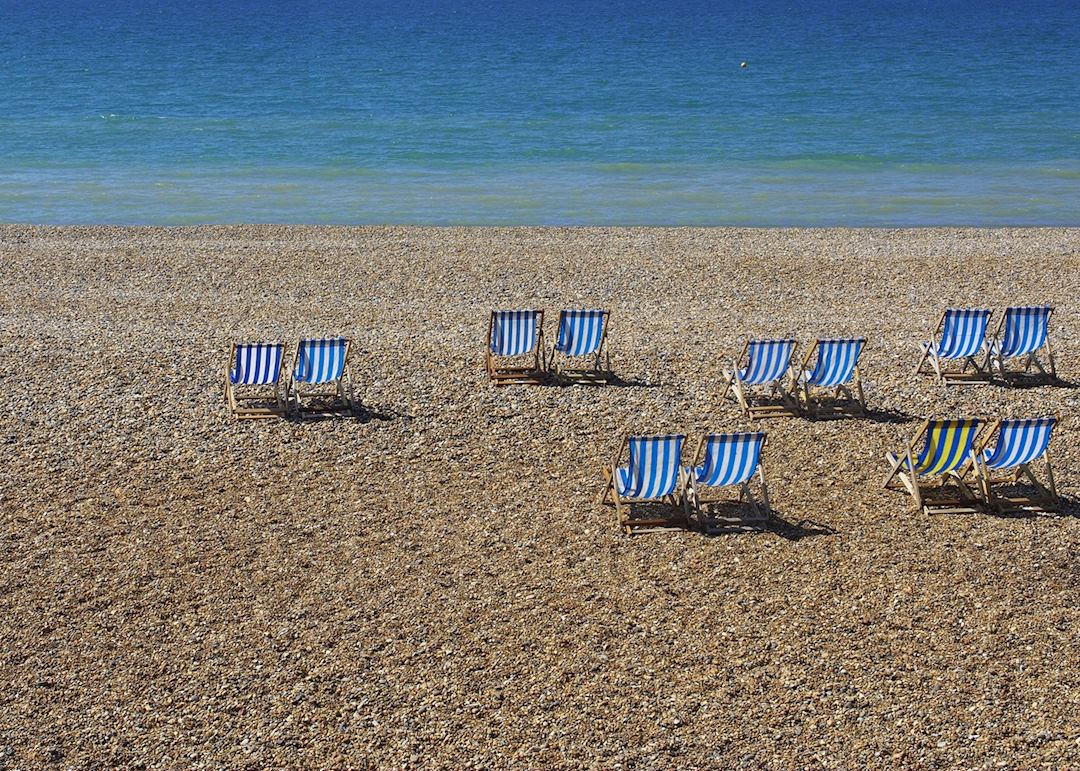 Start planning your trip to Brighton

Our specialists seek out authentic ways to get to know the places that could feature in your trip. These activities reflect some of the experiences they've most enjoyed while visiting Brighton, and which use the best local guides.