With cobbled streets and wisteria-clad half-timbered buildings, Rye offers a photogenic glimpse into medieval England. It is one of the Cinque Ports, a series of five coastal towns in the southeast with a 1000-year-old royal charter to provide a fleet of ships to meet the military and transportation needs of the Crown. Consequently, Rye has a storied past in fishing, trade and, as often occurs in such places, smuggling.

During the 16th and 17th centuries, however, the sea gradually retreated and now the town sits on a rocky outcrop a few miles inland, connected to the sea by a narrow waterway leading to the old port. The town’s narrow cobblestone streets are lined with crooked half-timbered buildings, boutique shops, cafés and pubs.

At the top of the hill, the expansive and ornate Church of Saint Mary blends different architectural styles dating back to the 1200s. It also boasts the oldest turret clock in England, which you can climb (by way of a steep wooden staircase) for far-reaching views across the surrounding countryside toward the sea. Similar views can be had from nearby Ypres Tower, a plain-faced stone fortress that was built as a defensive castle by Henry III and later used as a prison.

Located three miles to the southwest, Winchelsea is a little village that was once a major hub of the medieval wine trade. On a large green, you’ll find a grand church dedicated to Saint Thomas (Thomas Becket, who was murdered in nearby Canterbury). You can also see the remains of the 13th-century wall which once ringed the town. There is also an extensive underground network of vaulted medieval wine cellars.

About half an hour’s drive from Rye, the village of Battle grew up around a Benedictine abbey built by William the Conqueror following the appalling loss of life on the site during the Battle of Hastings in 1066. You can explore the abbey grounds, climb the gatehouse for views of the battlefield and see the Victorian walled garden and 19th-century thatched icehouse. Information boards along the walkway through the battle site educate visitors about the conflict and the long-standing effect it had on the country.

Romney, Hythe & Dymchurch railway offers an unusual perspective on this small stretch of the south coast. Operating since 1927, the narrow-gauge track carries steam and diesel locomotives at one third of the standard size and runs from Hythe to Dungeness across the flat reed beds of Romney Marsh. The journey takes about an hour and passes beaches, smugglers haunts, villages and lighthouses before arriving at a national nature reserve on one of the largest shingle spits in the world.

Rye makes a pleasant destination year round but the peak summer months of July and August can be very busy. For the best experience visit in May, June or September, when you’ll have long days, warm weather and fewer visitors. 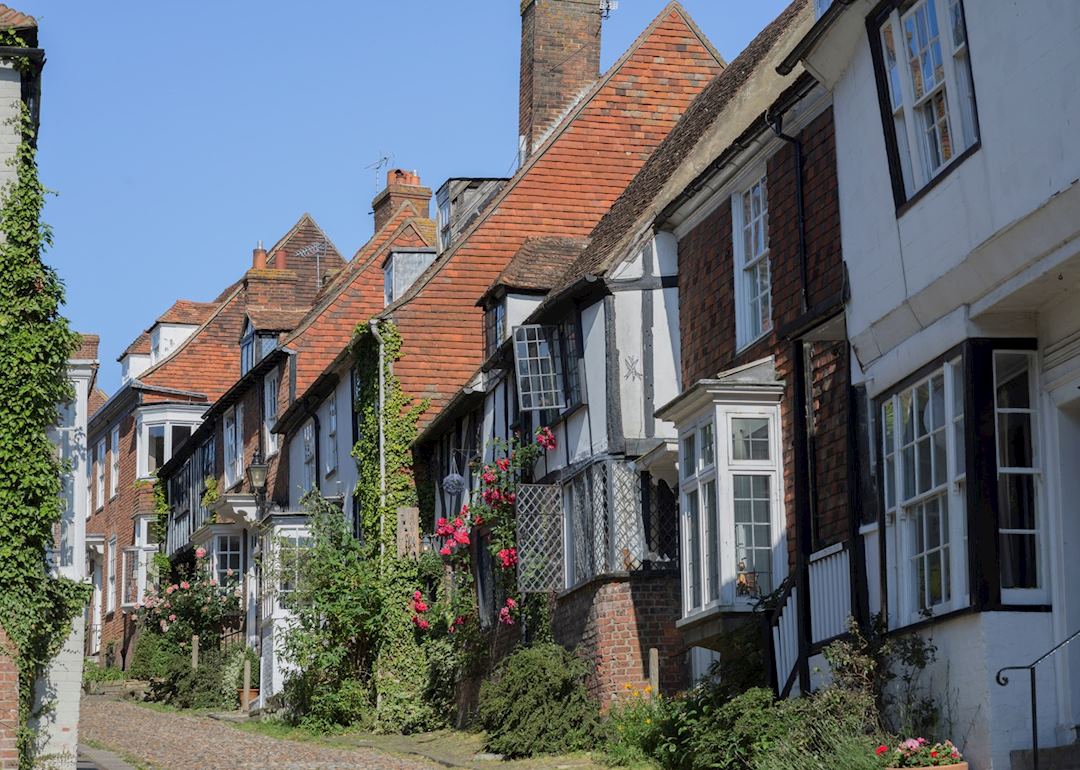 Start planning your trip to Rye

We’ve selected a range of accommodation options for when you visit Rye. Our choices usually come recommended for their character, facilities and service or location. Our specialists always aim to suggest properties that match your preferences.

Our specialists seek out authentic ways to get to know the places that could feature in your trip. These activities reflect some of the experiences they've most enjoyed while visiting Rye, and which use the best local guides.