Bounded by surging seas and dotted with restless herds of red deer, the Isle of Jura provides a glimpse into Scotland’s untamed past. Despite the fact that it’s one of the largest islands in the Inner Hebrides, this wild isle is home to just a few hundred hardy souls in a scattered handful of small villages. There’s just one road and most of the island is inaccessible except by foot or boat.

Visitors come for the waters, which are rich with marine wildlife, the rounded mountains and the vast population of red deer, Scotland’s largest land mammal. More than 6,000 roam the island, outnumbering the humans 24 to 1. In fact, the name ‘Jura’ is thought to derive from the Old Norse word for ‘Deer Island’. Any visit here will almost certainly bring you face to face with one of these noble creatures, which stride across the island unafraid of humans. 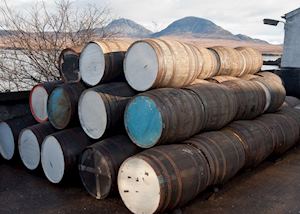 The largest settlement, Craighouse, is a small and thriving village of low whitewashed houses that are strung out along the one road, facing across the Inner Seas to the mainland. The community is dominated by Jura Whisky, a single-malt distillery with exceptionally tall stills. On a tour, you can learn about the history of both the island and the distillery, as well as taste a dram of the single malt.

The village is tucked in under the Paps of Jura, three mountains that share a distinctive mounded shape. The middle of the three, Beinn an Oir (the Mountain of Gold), is also the highest. A hike to its 880 m (2,560 ft) peak rewards you with views of the windswept landscape and the wave-tossed ocean.

Those waters teem with wildlife, and it’s easy to spot sunning seals, diving seabirds and otters frisking in the surf. If you’re sharp eyed, you’re also likely to see the low, dark shapes of breaching minke whales and basking sharks in the waters between the island and the mainland.

A hike to the northern end of the island or a trip in a rigid-hulled inflatable boat can afford you a glimpse of another of Jura’s offshore wonders: the Corryvreckan Whirlpool.

This tidal whirlpool is the third largest in the world and forms when the tides rush through the Gulf of Corryvreckan, a narrow strait between Jura and the island of Scarba. The roiling mass of water races through the constrained space at a breakneck speed of eight knots, where it smashes into an underwater stone pinnacle. The resulting turbulence creates a large, swirling vortex as well as towering standing waves, smaller and more ephemeral eddies, and violently crashing whitecaps.

There are many legends associated with the whirlpool — both tragic Christian-era tales of a Scandinavian prince undone by a less-than-true love, and older pagan stories about the Hag of Winter, known in Scotland as the Cailleach. A private guide can explain all the variations on the legends and how they might relate to the stone coffin found in a nearby cave.

A more modern story also has an unusual tie to the area. Author George Orwell penned his grim masterwork 1984 in an isolated farmhouse on the north of the island. Shortly before he finished writing the book, he and his adopted son nearly died in the whirlpool but were saved by a local fisherman.

The fast-moving waters attract not just tales but also animals. Predators flock here, drawn to the heavy concentration of fish funneled by the tides. As well as whales and sharks, you’re likely to see many birds of prey, including golden eagles, sea eagles and hen harriers.

The best time to visit the Isle of Jura

We suggest visiting Jura in the spring (late March to May) or the autumn (September to November). The temperatures are comfortable and you won’t encounter many other visitors, though you do have to plan for rain whenever you visit. 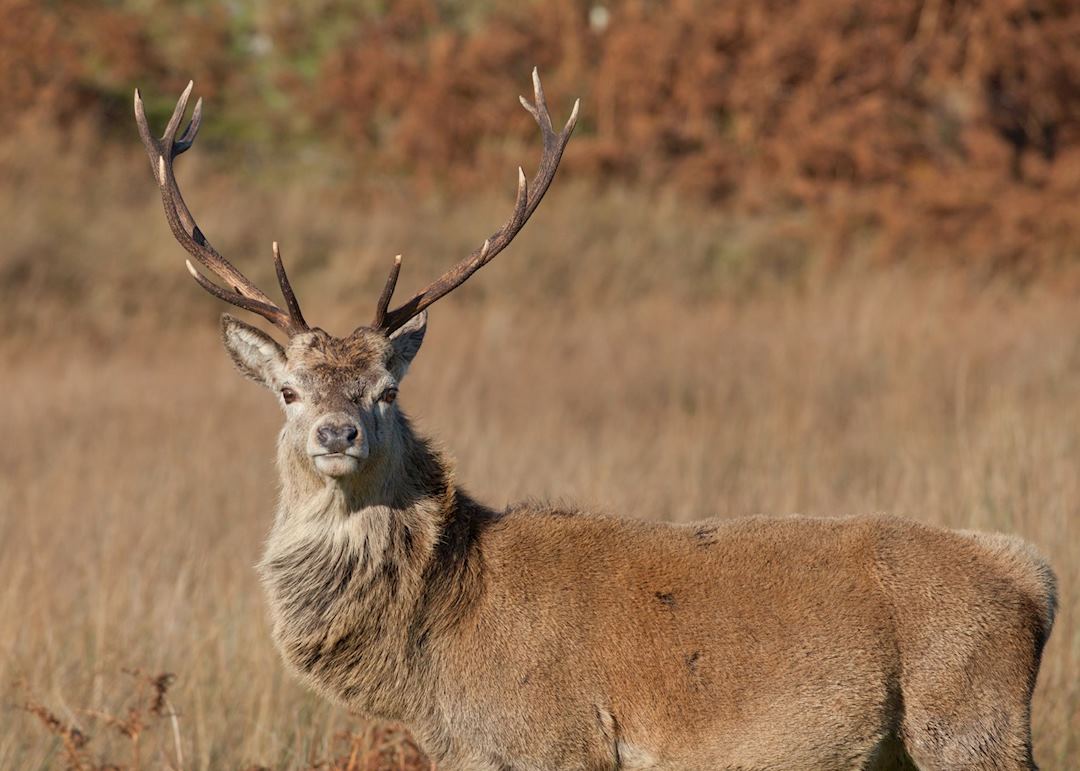 Start planning your trip to Isle of Jura

Request a Quote
Map view Places near Isle of Jura

Map of Isle of Jura

Places near Isle of Jura

Photos of Isle of Jura

Accommodation choices for Isle of Jura

We’ve selected a range of accommodation options for when you visit Isle of Jura. Our choices usually come recommended for their character, facilities and service or location. Our specialists always aim to suggest properties that match your preferences.

Ideas for experiencing Isle of Jura

Our specialists seek out authentic ways to get to know the places that could feature in your trip. These activities reflect some of the experiences they've most enjoyed while visiting Isle of Jura, and which use the best local guides.