Angkor Wat & the temples of Angkor

Each and every time I’ve visited Angkor Wat and the temples of Angkor (which as a former resident of Cambodia is too many to count) the experience has been totally different, but just as rewarding.

Dating back to the 7th century, and built over a period spanning 600 years, the temples, in the northern Cambodian province of Siem Reap, make up one of Cambodia’s most important archaeological sites.

The number of visitors multiplies each year, but there are still ways to enjoy the temples as they must have appeared when first discovered, and escape the crowds. There are many ways to see them — just by arriving at a different time of day, or approaching from a different direction.

This guide aims to introduce you to Angkor’s key sites and how to best discover them. 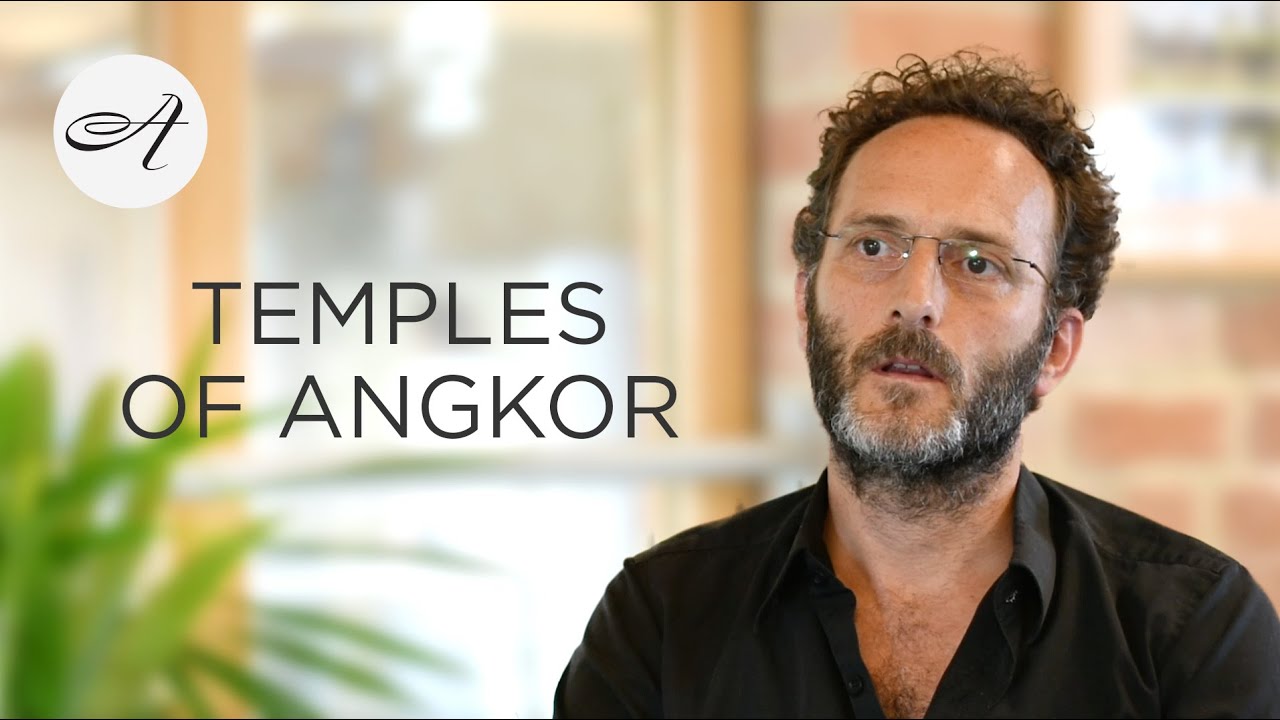 Which temples of Angkor should you visit?

Angkor Wat, Angkor Thom and Ta Prohm are the ‘big three’ that visitors invariably want to experience. But, hidden down jungle paths, stand many obscure temples, and visiting these with a knowledgeable guide can keep you busy for as many days as you can spare.

Angkor Wat is so synonymous with Cambodia that it features on the national flag. Known as the biggest religious monument in the world, it was built in the 12th century by King Suryavarman II as a tribute to the Hindu god Vishnu. It later had various Buddhist iconography built on, so you’ll see a range of designs and carvings in the different areas of the temple.

It’s a massive structure, surrounded by a moat stretching 3 km. At its centre is a very tall tower that represents Mount Meru, a sacred mount that is woven into the Hindu story of heaven and hell.

The views of the surrounding jungle from the top are impressive, with the huge temple complex laid out beneath you. If you’re a bit shaky with heights, as I am, go up and down the side with the handrail as it’s a steep climb.

While Angkor Wat is hugely popular to visit, you can still seek out some quiet areas to catch your breath and reflect on all that surrounds you.

On one tour I’ve taken, our guide led us to a hidden sounding chamber. Tapping your chest creates a fantastic resonance all around you — moments like this are just as breath-catching as Angkor Wat’s sheer scale.

My advice is to go early and miss the majority of the visitors, who arrive after breakfast. To see the fewest people, go at lunchtime, when the sun is hottest and everyone else is lunching. There is a caveat: the midday sun can make photographs of the temple look a little washed out.

Angkor Thom and the Bayon

The second of the ‘big three’ temples to visit is Angkor Thom. This old fortified city is spread out in various locations and each area is in a different state of ruin.

A highlight is the Terrace of Elephants, which stretches 350 m in length — a depiction in stone of a famous battle in Khmer history. It was also the viewing platform where King Jayavarman VII (often referred to as the most powerful Khmer king) is said to have watched his victorious armies return from battle.

The Bayon Temple is at the city’s heart. It looks disordered from afar, but as you draw closer the seemingly characterless rubble metamorphoses into a collection of 54 towers encompassing a total of 216 striking, smiling, enormous faces.

The faces are reputedly in the likeness of King Suryavarman II, who commissioned the temple. Many will tell you he was a vain emperor but he was also the man who declared independence from the kingdom of Java during the 9th century — thereby founding the Khmer Empire as we know it.

On one memorable visit, we hired scooters to travel to the Bayon before dawn. As morning arrived, the giant but beautiful stone faces rose out of the night. It was quiet, eerie and beautiful at the same time. I’d also recommend a visit at sunset as the Bayon bathes in the beauty of the late afternoon sun.

The third must-see temple — my personal favourite — has been left just as it was when discovered in the early 19th century. The giant creeper fig trees remain — partly pulling the temple down, and part propping it up.

The best time to see Ta Prohm is at dawn, when you’ll stand in the temple alone.

The journey starts in the dark, with a drive into the jungle. You then walk by torchlight through the jungle, listening to the parrots and monkeys in the canopy overhead.

Before you realise it, you’re in the grounds of the temple. As the warming dawn light filters through the canopy, the mist gradually lifts and highlights the temple’s moss-covered pinnacles and courtyards.

Best way to visit the temples of Angkor

You can race around the main temples in just one day. But, really, you need at least two or three days to savour the experience.

Make the most of a short visit with a guide. You just don’t get the same perspective from a guidebook. The best guides, like those we use, are adept and well versed in the history of each temple. And, they know all the little vantage points to see a different view and the best order to see things.

From the base of Siem Reap (the gateway city to the temples), you and your guide can hire bicycles for a leisurely way to tour the monuments and come and go as you please.

Alternatively, if you’d like to explore at your own pace, but not in the saddle, your guide can transport you around the area in a tuk-tuk.

How to get to Angkor Wat and the temples of Angkor

The main temples are a car journey from Siem Reap, which has its own international airport with connections from Southeast Asia’s main hubs.

If you’re already in Vietnam you can get there by river — a leisurely seven-night cruise from Ho Chi Minh City up the Mekong River is a great way to travel.

From the capital, Phnom Penh, the temples of Angkor are a five to six-hour trip by car.

Where to stay in Siem Reap

There’s a huge range of great places to stay in Siem Reap. One I’d recommend is the Belmond La Residence d'Angkor. This centrally located boutique resort has only 40 rooms and the service is always attentive.

Best time of year to visit the temples of Angkor

Typically, northern Cambodia is at its best in November, just after the rainy season. The vegetation is lush and colourful, temperatures are manageable, and rivers and waterfalls are more striking.

However, the temples are impressive at any time of year. I like to visit in the green season, May to October.

The mango rains (the colloquial term for the rains that fall ahead of the monsoons) start in May and continue through to October. September is the height of rainy season. The benefit of visiting in this time is fewer visitors resulting in a more personal experience when exploring the temples — just pack a poncho.

Places to eat near the temples of Angkor

There are some fantastic dishes to try at the local stalls that are dotted around the temples. You can enjoy a delicious, fresh lunch for just a few dollars.

My favourite local dish is fish amok, a creamy and fragrant fish coconut curry that goes perfectly with sticky rice.

To taste a blend of French and Cambodian flavours, I’d also suggest booking a table at Cuisine Wat Damnak. Located in a traditional Khmer house and garden, this quiet restaurant is set away from the hustle and bustle of central Siem Reap.

One of my most memorable temple experiences in Cambodia was at Preah Vihear. The temple sits on a 500 m-high ledge, overlooking the rice fields of northern Cambodia and Thailand, about 140 km into the mountains from Siem Reap.

In recent years, Preah Vihear has been off limits due to ownership disputes between Thailand and Cambodia. I had the rare opportunity to go before it became out of bounds. I camped overnight at the temple with just my guide and a handful of local monks.

This remote and wonderfully isolated temple is now back on the Cambodian tour route for more intrepid travellers.

History of the temples of Angkor

Construction began on the temples in the 7th century and climaxed in the 12th century with the completion of Angkor Wat.

The birth of the Khmer Empire came in the 9th century when Jayavarman II declared himself a God King. The empire grew and grew, and at its biggest stretched as far as Vietnam, Myanmar and Malay.

Its centre moved many times — there were five or so different capitals in the Siem Reap area alone.

Hundreds of temples and tributes to new God Kings popped up for over 600 years. But, after the completion of Angkor Wat, building work slowed as irrigation systems silted up and local stone workers moved away to find better sources of food and water.

The giant temples slipped forgotten into the jungle, only to be discovered hundreds of years later.

Start planning your trip to Angkor

View All Tours in Cambodia