A few days at a ranch adds an extra dimension to a classic US road trip, and can be combined with any part of the country. Here, our specialists give their ideas on how to add some Wild West flavour to your adventure.

One of the world’s great drives, the route between San Francisco and Los Angeles, is a trip I never tire of. I suggest driving north to south — this way you can enjoy unobstructed views of the coastline and it’s easier to pull over to admire the scenery. Start in San Francisco: for my money, it’s one of the most enjoyable cities in America. The last time I went I joined a guide to explore Chinatown, ducking into restaurants and shops to taste dim sum or peruse antiques.

The drive itself is best done slowly, stopping whenever you feel like it to stretch your legs or get out and taste the salty tang in the air. It’s possible to get to Monterey in a little under two hours. But I recommend slowing down, stopping to discover things for yourself, such as the boardwalk at Santa Cruz. Here, you could go on a vintage rollercoaster or imagine you’re on the set of The Lost Boys, the 1980s vampire movie filmed in the town. 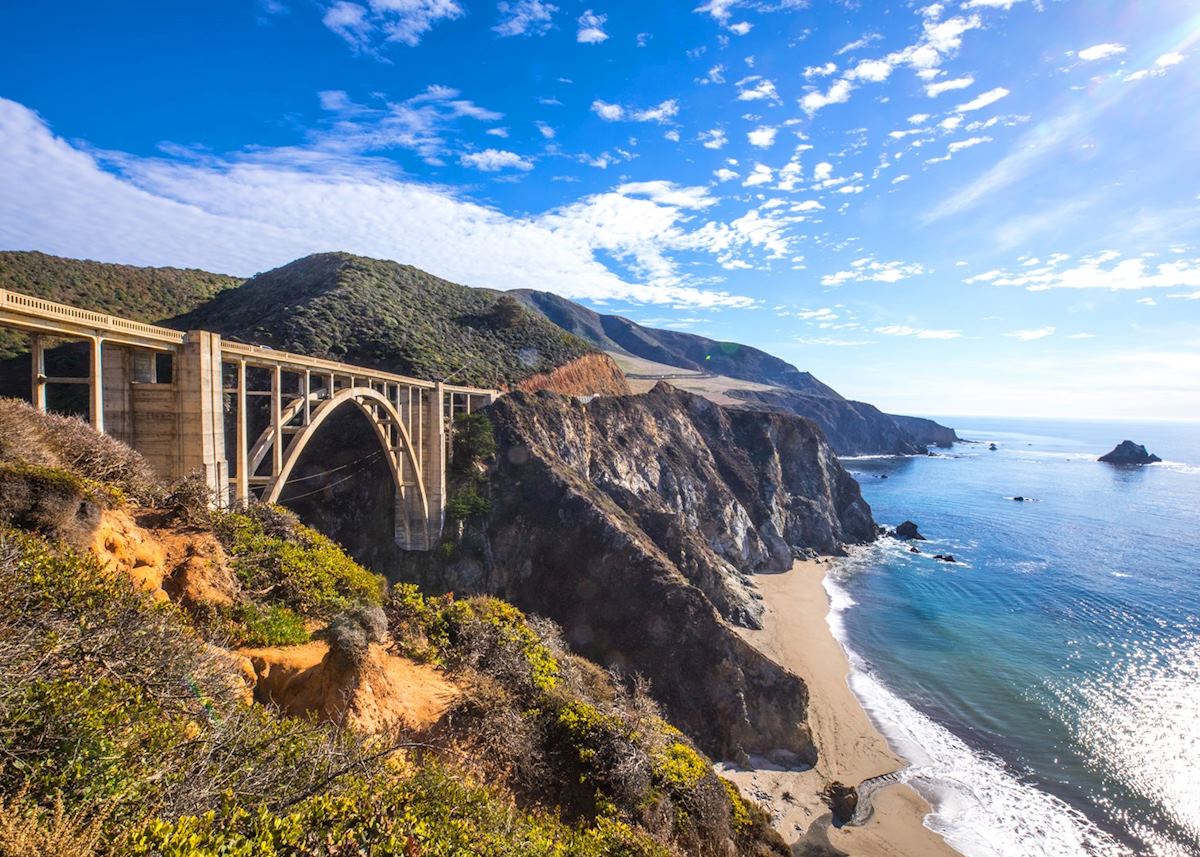 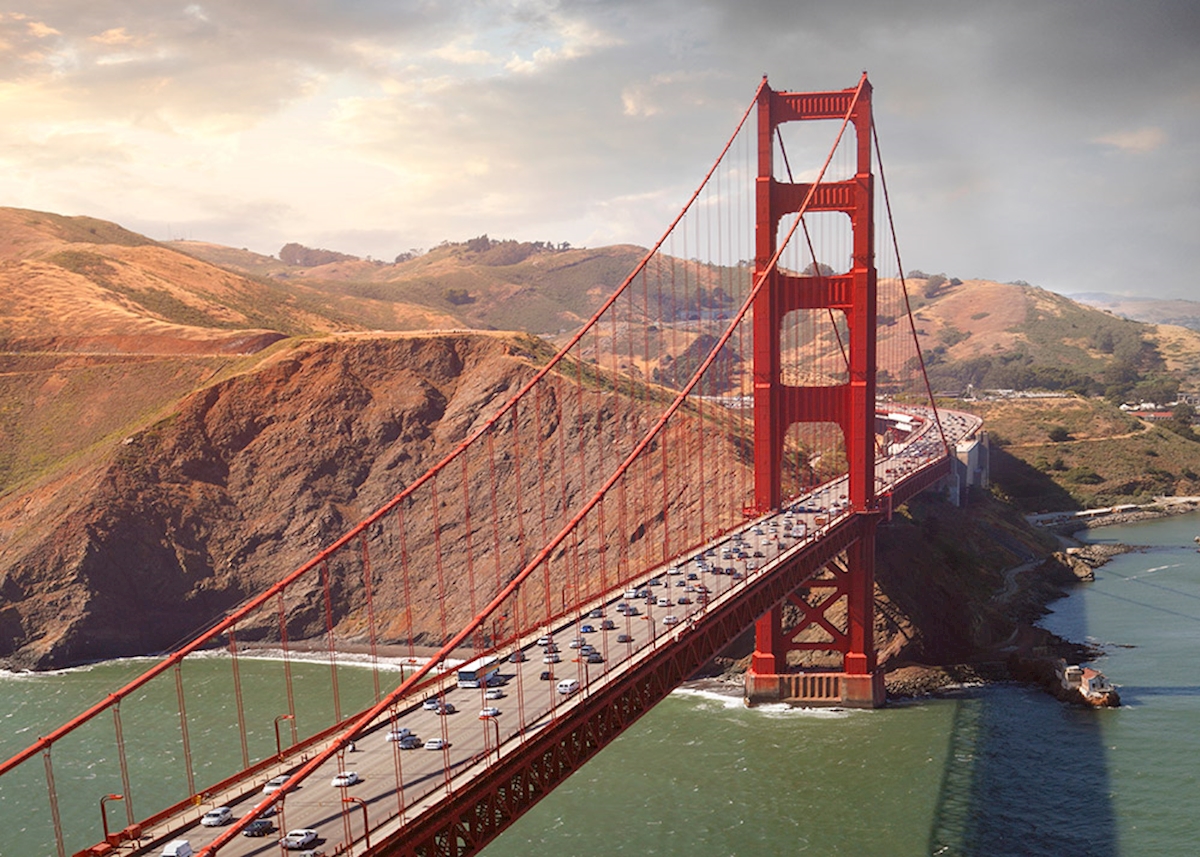 Offshore, you might see grey whales, orca and dolphins. I went out on a small boat that reminded me of Quint’s boat from Jaws. When the barnacle-encrusted blowhole of a whale surfaced nearby, it made braving the choppy waters and swirling fog worthwhile.

The road between Monterey and Pismo Beach takes you along Big Sur, where the Santa Lucia Mountains rear straight up from the sea and the road clings precariously to the very edge of the land. It’s what driving dreams are made of. Have your soundtrack prepared, be it classical symphonies or classic rock.

A common finishing point is a city that divides opinions: Los Angeles. I love its light, its excellent restaurants and the energy of the beach districts, but I’m aware not everyone shares my passion. If LA isn’t for you, you can jump on a plane and just over two hours later find yourself under the big skies of Montana. Triple Creek Ranch is an adults-only property surrounded by the Bitterroot Mountains. A stay here is all about enjoying the peace and serenity of one of America’s most untouched states, as well as making the most of the all-inclusive ranch activities.

Guides can show you how to cast a fly or pan for sapphires, or you can spend a day out on horseback before returning to an extensive whisky list and fine-dining in the bar or cosying up in your log cabin among the trees.

This classic coastal self-drive tour through California starts in San Francisco and includes whale watching in Monterey and a drive along the Pacific Coast Highway. 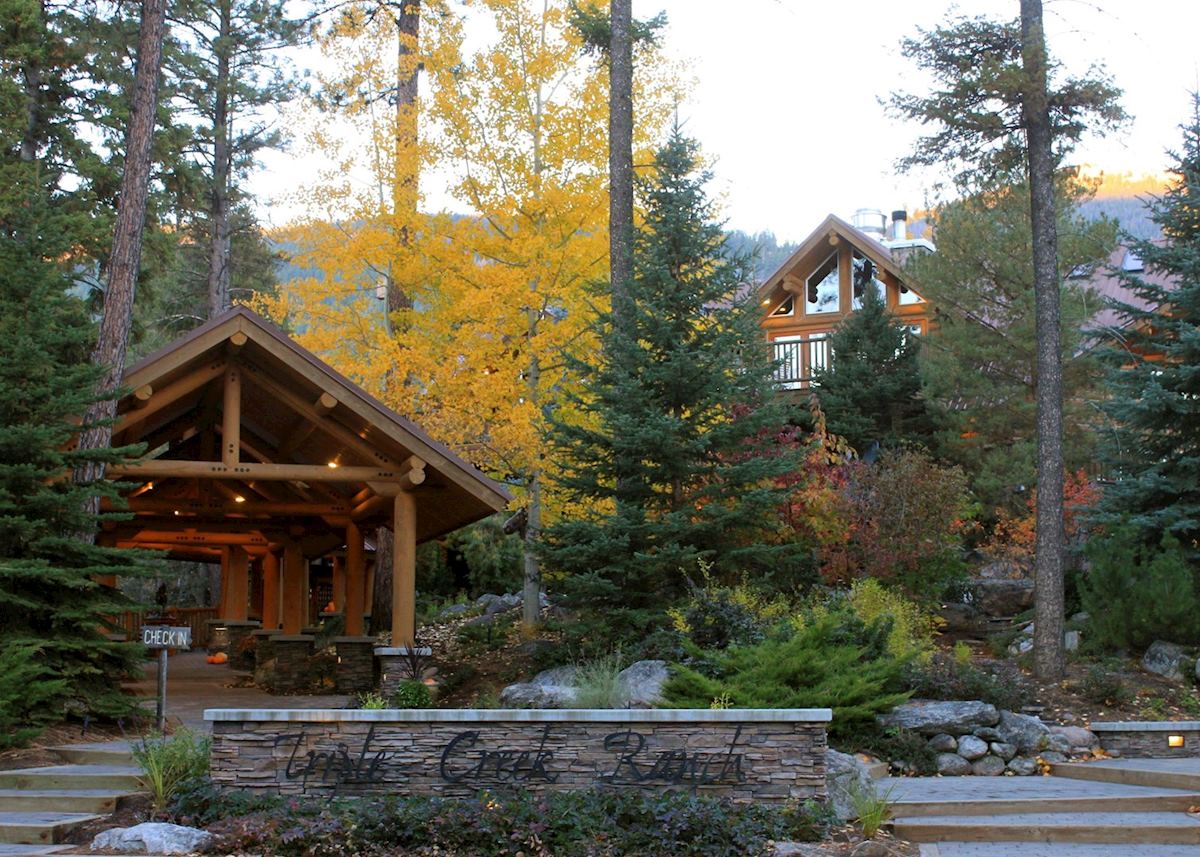 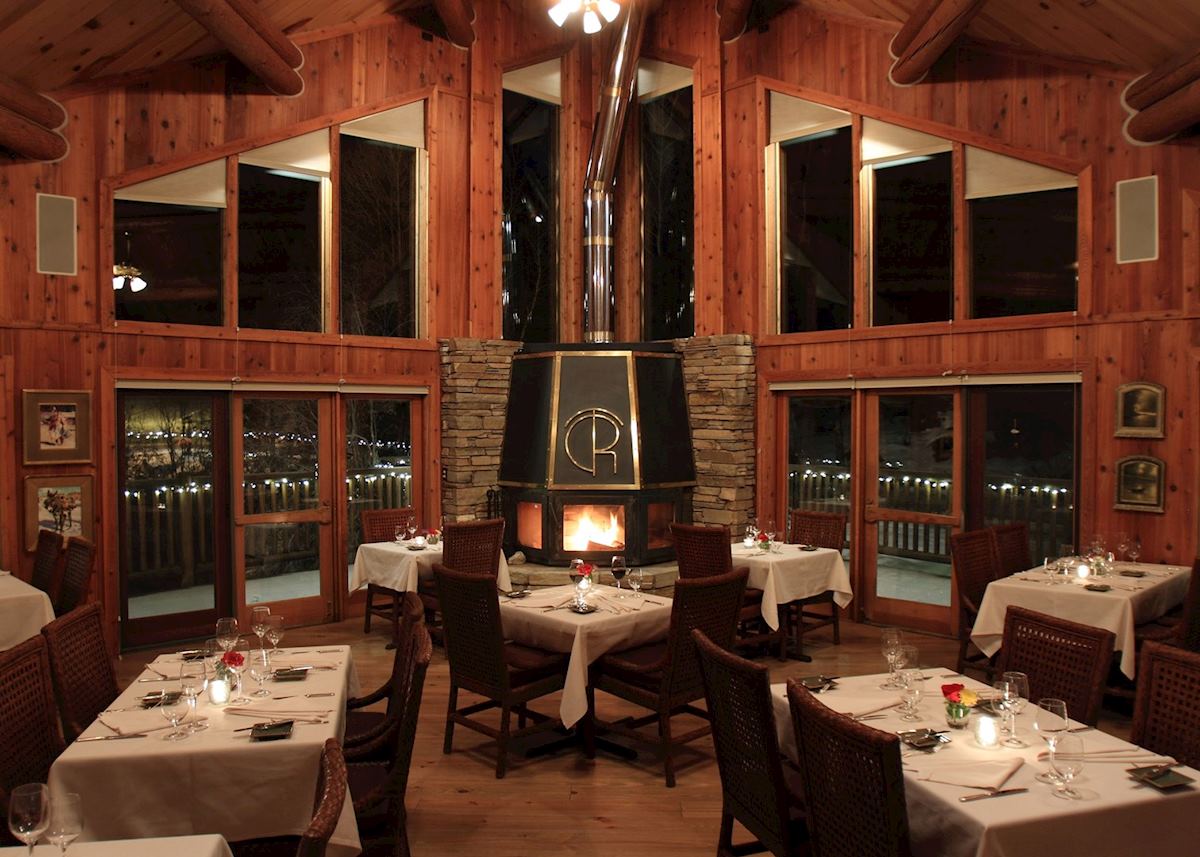 Colorado Rockies and the Ranch at Emerald Valley by Olivia

The temptation when visiting the US is to cram lots into one trip, covering several states in one go. Distances look easy from the comfort of your armchair but, once you’re on the ground, everything takes longer than you thought because you spend time stopping at interesting places. The last time I was in the Rockies, I wanted to focus on just one state: Colorado.

I began in Denver, which at first glance seemed like an identikit American city, all glass skyscrapers — albeit ones with the eastern wall of the Rockies looming behind. Exploring further, I came across the RiNo District, a bohemian enclave of creative energy. Here, warehouses are liberally adorned with street art and signs of gentrification are evident in the jazz bars, coffee shops and art galleries.

While in Denver, I caught a live performance by local band, One Republic, at the nearby Red Rocks Amphitheatre. This open-air venue is set in a natural geological feature, making for a novel experience beneath the starry skies.

I headed south along the edge of the Rockies towards Colorado Springs, the state’s second city. Following the freeways, I was there in a little under two hours. Soon I was turning off towards The Broadmoor, a historic resort on the edge of town, where I was met and driven in a 4x4 up a steep and winding gravel road to the Ranch at Emerald Valley, perched 2,500 m (8,200ft) high in the mountains, surrounded by firs. 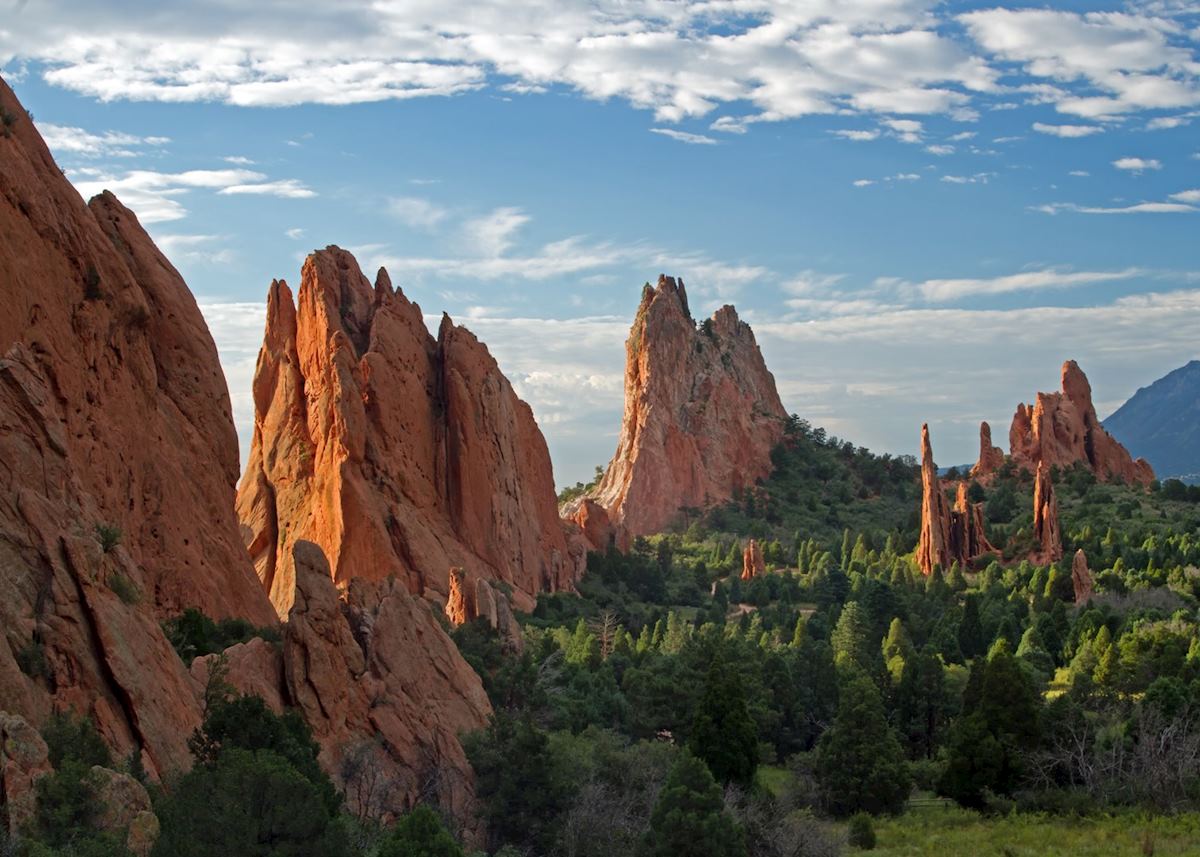 Garden of the Gods, Colorado Springs 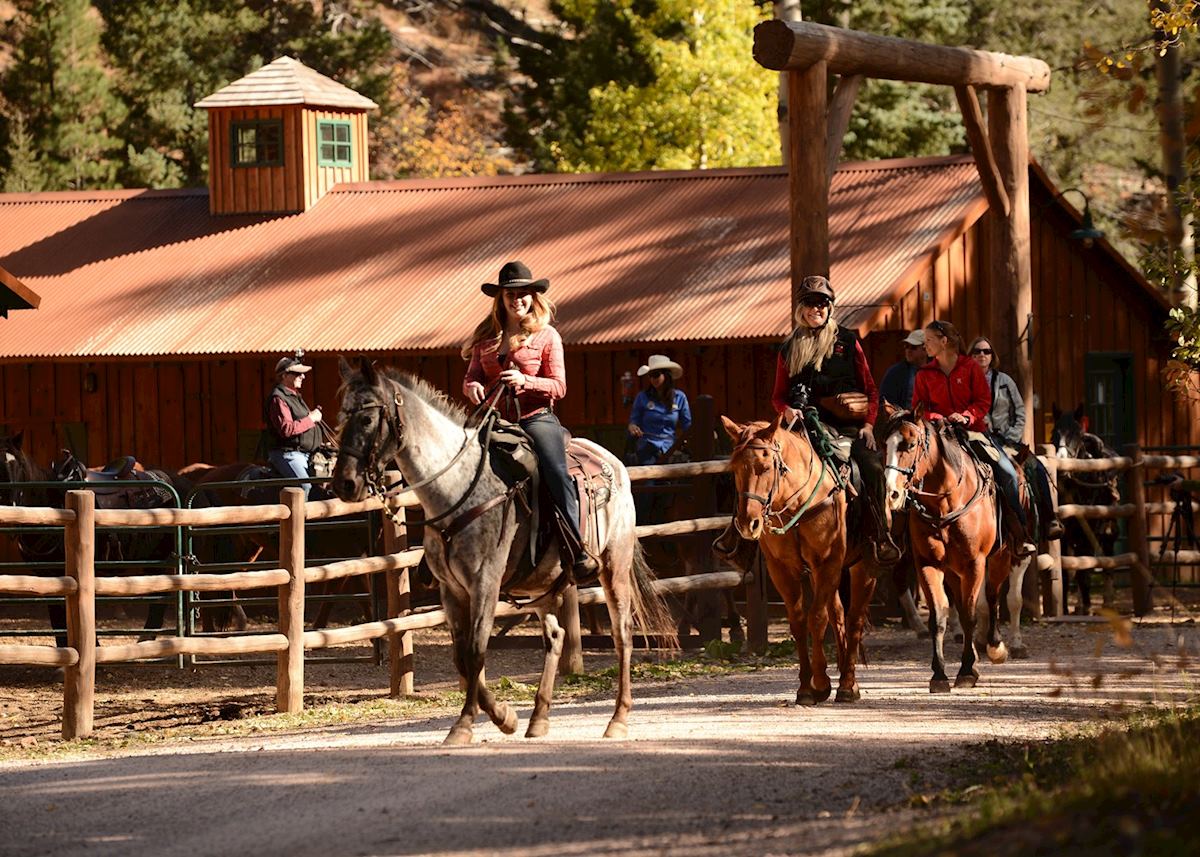 Horse riding at the Ranch at Emerald Valley

The air at that altitude was crisp and fresh, and I was keen to get out riding. I wandered over to the stables where I was introduced to Thor, a muscular chestnut stallion with a benign temperament. We rode nose-to-tail because of the steep, rocky terrain, which was ideal for my limited experience.

That night my log cabin’s roaring fire was welcome because a cold front had blown in and the temperature had dipped to near-freezing. It didn’t stop people gathering around the fire pits outside to toast s’mores, a North American delicacy made of biscuits, melted chocolate and marshmallows, while chatting about the day’s activities.

Leaving the ranch behind, I headed further into the Rockies to experience what some of the ski resorts were like in the summer. First I stopped at the former mining town of Breckenridge, which has a handsome Main Street lined with 19th-century shopfronts. Then I visited Aspen. Its glitzy reputation belies the fact that it’s a real town with a wide range of restaurants, bars and adventurous experiences on offer. I went white-water rafting using an inflatable kayak, which was remarkably sturdy and, thankfully, very buoyant.

Returning to Denver via Rocky Mountain National Park and its many hiking trails, I was glad that I’d limited my exploration to Colorado, because for once I’d spent far more time in the great outdoors than in the car.

This tour explores the Colorado Rockies, with time in Colorado Springs, Aspen and Denver and the Rocky Mountains National Park. 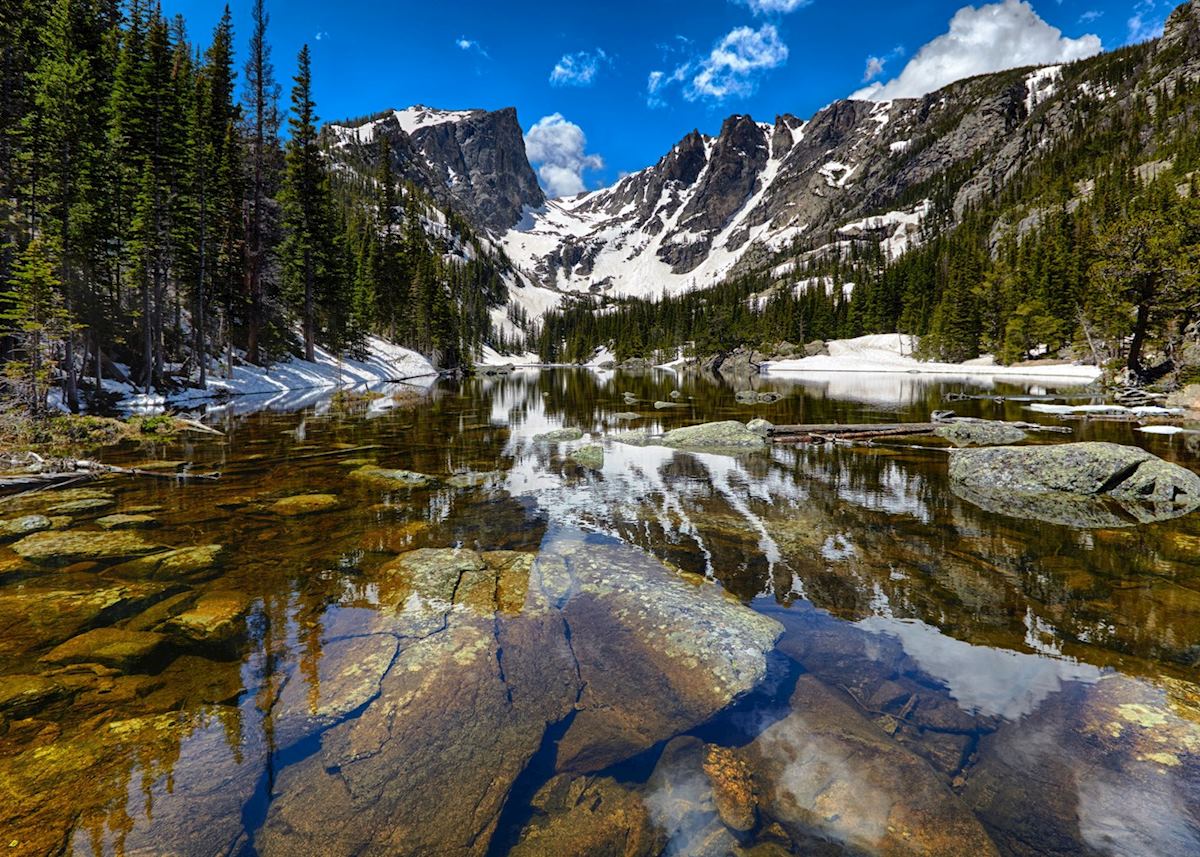 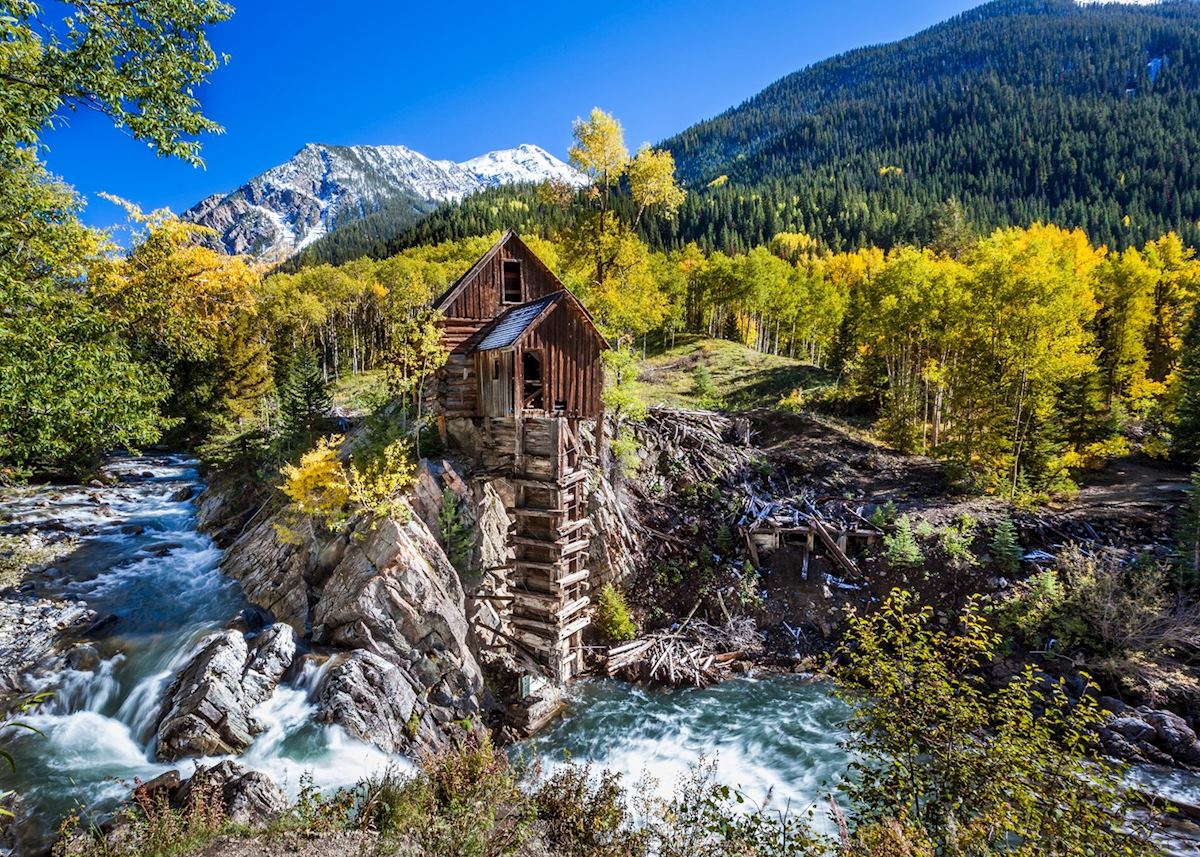 Georgia, the Carolinas and Goosewing Ranch by Alice

The Deep South is a long way geographically and culturally from the Rockies, but that contrast can make for a rewarding two-region trip.

Jekyll Island is a jumble of dunes and marshes that is home to turtles, alligators and birds. I find a few days here are enough to clear your head after the transatlantic flight before you drive up the coast to historic Savannah. The city’s dining scene is ever-changing, so I joined a guide to get the inside track on the restaurants. Between bites to eat we wandered through the city’s squares, which are shaded by giant oaks festooned with Spanish moss.

Savannah’s big rival for most glamorous Southern city is a couple of hours’ drive north in South Carolina. I love Charleston’s combination of beautiful architecture and palmetto trees. It’s also a city that punches above its weight on the culinary and historical fronts, while just half an hour away lie some of the east coast’s best beaches, and the city’s rivers teem with dolphins. 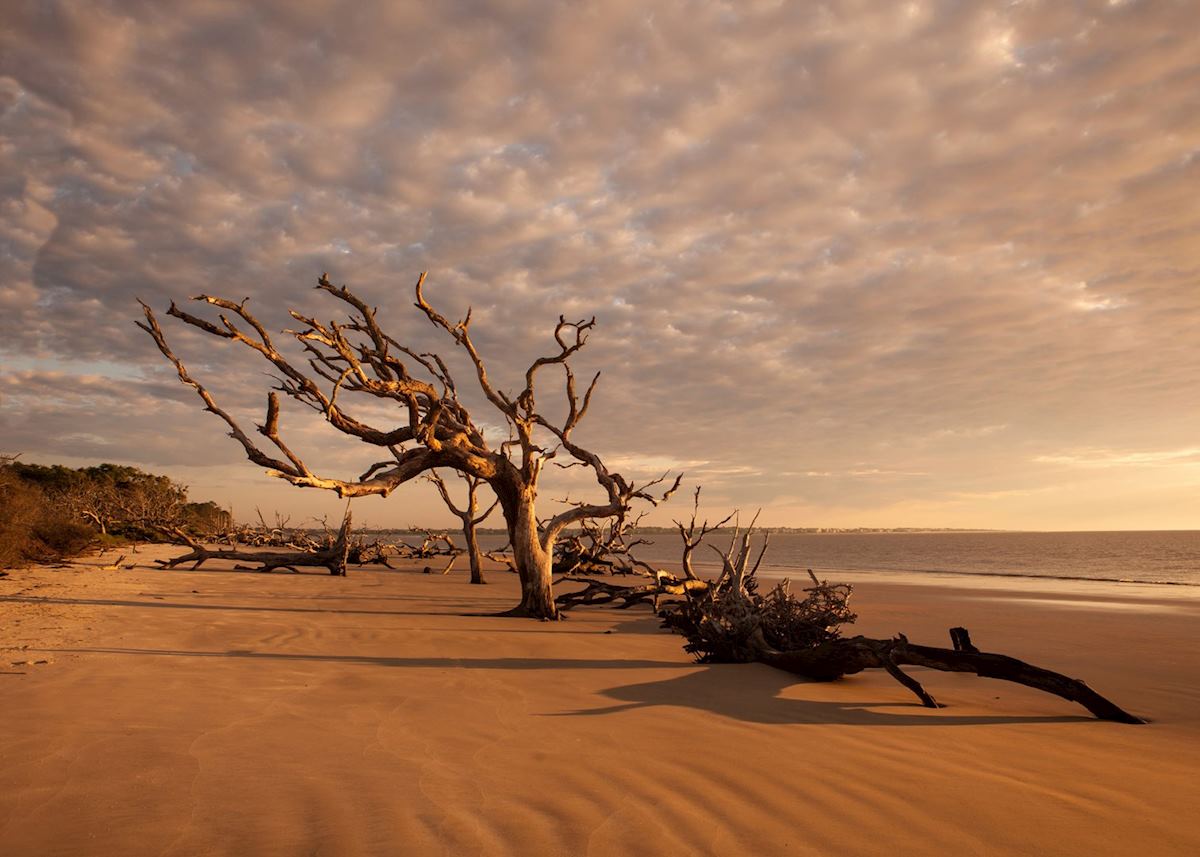 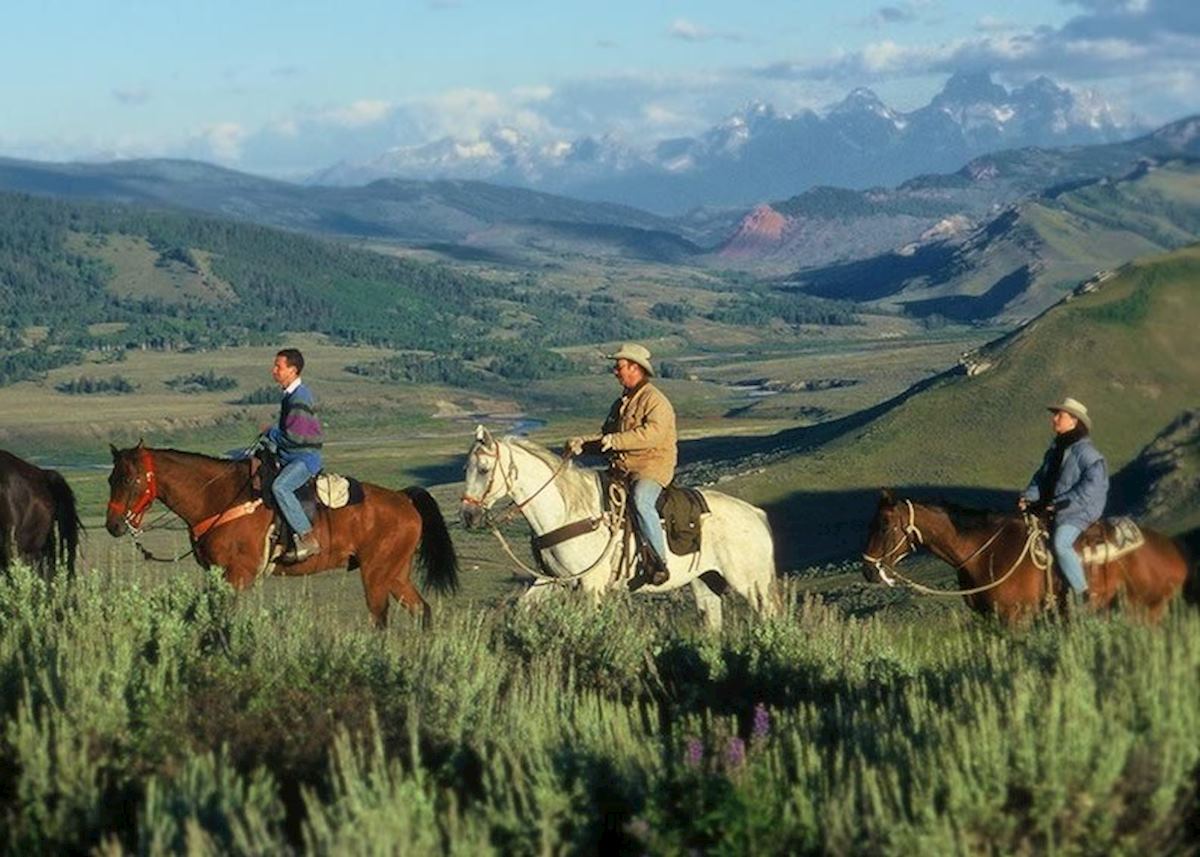 A day out riding from Goosewing Ranch

If you head inland from the coast across the Piedmont plateau you’ll reach the Appalachian Mountains, a respectably high, rolling chain that’s thickly forested for the most part. Here, I visited the largest private home in the country, the Biltmore Estate, a chateau constructed at the tail end of the 19th century by a scion of the Vanderbilts. The audacity and scale of the house is staggering and demonstrates the extraordinary wealth that was generated in the USA at that time.

For an idea of where the USA’s current wealth is concentrated, in the South at least, finish your time in the Atlanta district of Buckhead. Fine-dining restaurants and glitzy cocktail bars are everywhere, frequented by stylish locals.

From Atlanta, you can fly direct to Jackson Hole, Wyoming, in around four hours, and arrive at Goosewing Ranch a couple of hours after that. Lying just a few hours’ drive south of Yellowstone National Park, the scenery surrounding this relaxed guest ranch is just as beautiful, especially with the Gros Ventre River running right through the meadows surrounding the property. At an elevation of over 2,134 m (7,000ft), the valley is rich in wildlife; I saw plenty of eagles, elk and moose during our stay.

I loved the focus on activities here. You’re assigned a horse for your entire stay based on your ability and temperament, which they try to match with the horse’s own personality. The rustic log-cabin accommodation and hearty food add to the feeling that this is a real ranch for real cowboys, as opposed to a luxury retreat. I found it very energising to be in the pristine surroundings, with the Grand Teton Mountains on the horizon.

This luxury Georgia tour starts in Atlanta, with time in Charleston, Savannah and the unspoilt beaches of Jekyll Island.