We’re not taking new bookings for travel to Luxembourg at the moment. Our specialists can advise you on all the destinations you can currently book with us.

Medieval tunnel systems, modern museums and a confluence of German, French and Dutch culture — all in Luxembourg City.

A city split by a looming cliffside, Luxembourg City is at the conflux of German, French and Dutch culture, and has long played an important role in the European struggle for power. The city was ruled by the Holy Roman Empire, Burgundy, Spain, Austria, France, the Netherlands, Belgium and Germany, before finally becoming fully independent in the 1860s. 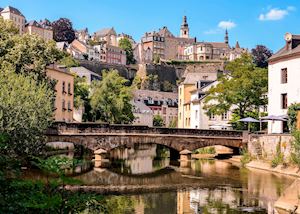 The old town is perched on top of a well-fortified bluff overlooking the Alzette River, while the rest of the city sits along the banks of the river in the Ville Basse. One of the first six countries to join the European Union, the entire city of Luxembourg is a UNESCO World Heritage Site due to the historical importance of its location and fortifications.

In more recent history, Luxembourg also played an important role in both World Wars, and is now one of the wealthiest countries in the world.

Things to see and do in Luxembourg City

Explore below ground by following the Bock Casemates, a series of underground tunnels used for protection in the 17th century. Now a UNESCO World Heritage Site, the first tunnels were built in 1644, and were expanded 40 years later and then again in the 18th century. You can walk through the atmospheric passages, which were built on different levels, with some reaching down as far as 40 m (131 ft). While the fortress above them was dismantled in 1867, 17 km (10.5 miles) of the tunnels have been spared and remain in good condition.

You’ll find the passages beneath the Montée de Clausen, the cliff where Count Siegfried built his fortress in the late 10th century.

Just outside of Luxembourg City, you can visit the Luxembourg American Memorial and Cemetery. The sprawling green lawn is dotted with more than 5,000 headstones made of bright white crosses, commemorating the American lives lost during World War II. General George Patton used Luxembourg City as his headquarters while Allied forces were fighting the Battle of the Bulge in the winter of 1944-45.

General Patton wasn’t killed in the war, but was buried here after his death upon his request to be laid to rest with his men. Near the cemetery’s entrance is a white stone chapel, adorned with sculptures in bronze and stone and a stained-glass window with the insignia of the five major U.S. commands that operated in the region.

The residence of the Grand Duke of Luxembourg, this 16th-century Flemish Renaissance building is the heart of government in Luxembourg. In addition to being the home of the duke and duchess, it’s also the location of his staff’s offices and state rooms used for meetings and addresses. During July and August, you can take a guided tour of the building and see the parquet flooring, wood-panel walls, opulent chandeliers, gilded columns and intricate frescoes inside. 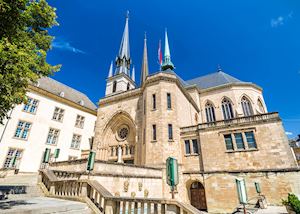 Built in the early 17th century by Jesuits in Luxembourg, the now-Catholic church is the only cathedral in all of Luxembourg, elevated to the status by Pope Pius IX in 1870. Enter the hall church and you’ll find tall cross-vaulted ceilings with elegant arches between massive stone columns. Since 1794, the church has housed the statue of Mary, Consoler of the Afflicted, and the building’s crypt is the final resting place for John the Blind, the former King of Bohemia and Count of Luxembourg, as well as members of the grand ducal family.

There are several museums in Luxembourg City, including the Luxembourg City History Museum, which illustrates the 1,000-year history of the city through permanent and temporary exhibits. The three lower levels are dedicated to telling the city’s story from its origins in the 10th century to the present day following the chronology of urban development using film, audio, photographs and multimedia.

You can also visit the National Museum of History and Art, which includes a large collection of relics found during excavations such as sarcophaguses, tools, coins, jewels and grave markers. The visual arts section displays a wide range of Luxembourgish paintings dating from the 18th to 20th centuries.

We recommend visiting between April and November, as the weather is warmer and you can fully enjoy the parks and natural beauty of the city. Weekdays are generally busy as the city sees a lot of business travel, and things tend to quieten down a bit on the weekends. The weekends can also be more budget-friendly, though some restaurants will be closed. 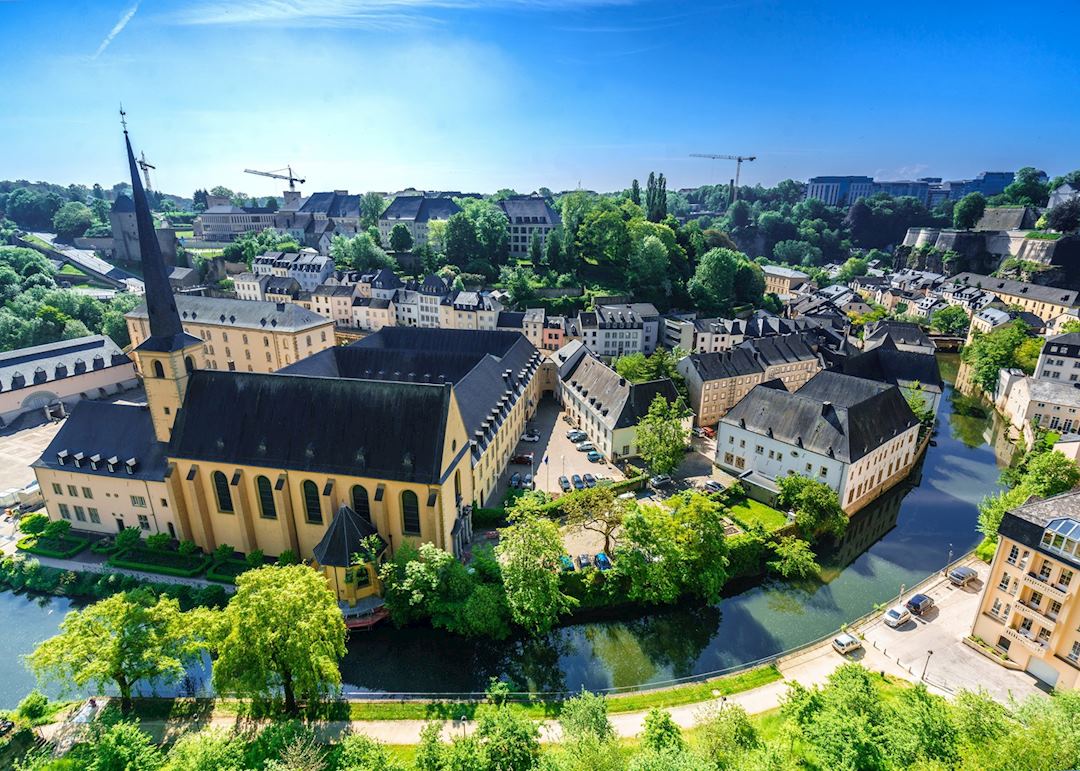 We’ve selected a range of accommodation options for when you visit Luxembourg City. Our choices usually come recommended for their character, facilities and service or location. Our specialists always aim to suggest properties that match your preferences.

Speak to a Luxembourg specialist to start planning your tailor-made holiday...