Ilha de Moçambique is a designated UNESCO World Heritage Site. Reached by a long bridge this tiny island is fascinating. Around two miles long and 500 metres wide it has an old Portuguese colonial town on it. Known as the Stone Town this was once the capital of Portuguese East Africa and as such has beautiful old churches, trading houses, a hospital and more. Now some of the crumbling buildings are being beautifully restored. At the far end of the town a large village sprawls down to the shore.

South of Ilha de Moçambique, La Veranda is a privately owned nature reserve that encompasses mangrove forests, dunes and white beaches. It is a ten-minute boat ride from the island on a remote spot of the mainland. There is one small boutique hotel on the reserve. Nearby the two villages of Cabaceira Grande and Cabaceira Pequena are home to the Macua people. Because of their remote location the inhabitants of these two villages lived in isolation for many centuries. This isolation has sheltered the Macua people from civil war but it has deprived them of schooling and medical services. A writer, Lisa St. Aubin de Terán, visited this area in 2003 and you can read about her experiences in her book, 'Mozambique Mysteries'. 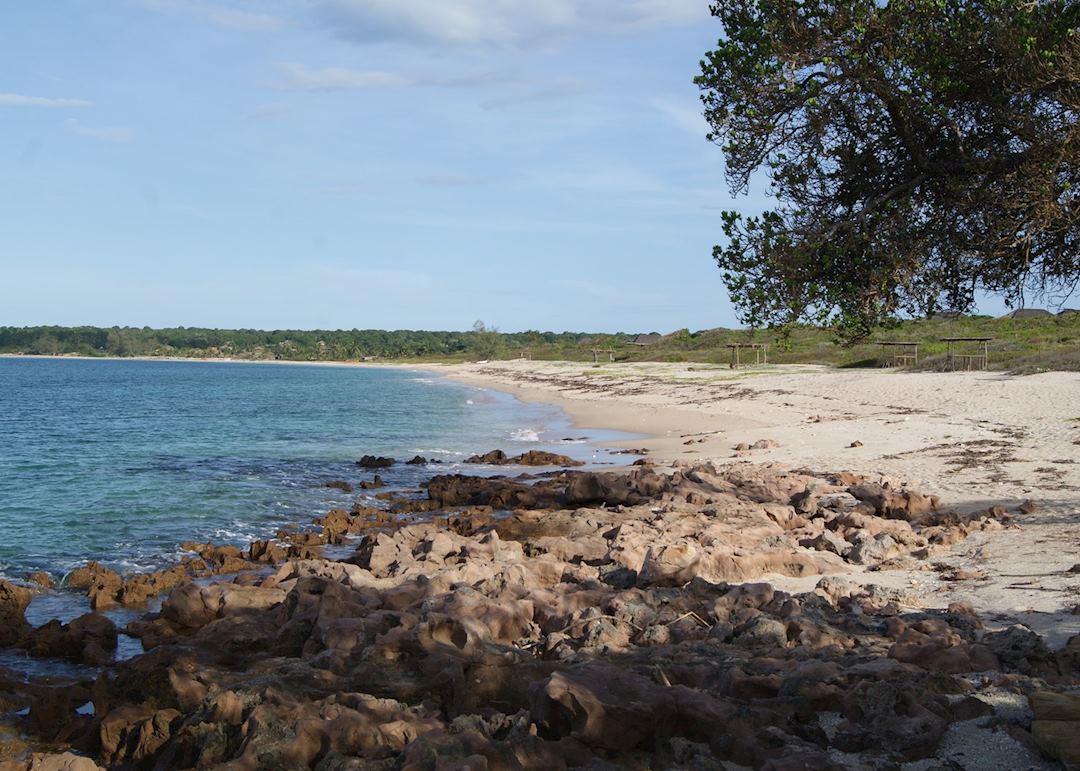