We’re not taking new bookings for travel to Sweden at the moment. Our specialists can advise you on all the destinations you can currently book with us.

Coffee and cinnamon rolls, a welcoming atmosphere and an archipelago with more than 8,000 islands in Sweden’s second-largest city, Gothenburg.

Located on the west coast and bisected by the Göte River, Sweden’s second-largest city is compact and eminently walkable, with 260 convenient trams, as well as 17th-century canals and wide, leafy boulevards. Pronounced Yo-te-bor-ee, Gothenburg is a young and energetic city, boasting one of Europe’s largest student populations, and it’s easy to slip into the city’s vivacious café culture and nightlife. In fact, residents pride themselves on their relaxed and welcoming attitude.

Gothenburg was founded in 1612 as a fishing village, and its rich maritime history means you can still enjoy some of the continent’s best seafood on menus across the city. This is also Sweden’s culinary capital, where you can choose from many different Michelin-starred restaurants and a lively craft beer scene. But for all its many urban pleasures, the city also acts as an excellent base for exploring the surrounding wildlife refuges, coastal islands and nearby fishing villages.

Things to see and do in Gothenburg

Nordic art at the Konstmuseum

A low, yellow building fronted by seven arches, the Konstmuseum holds the city’s most impressive assemblage of art. Ranging from the Renaissance to today, the collection features works by Europe’s usual roster of superstars, including Rubens, Van Gogh, Picasso and Rembrandt, as well as Scandinavian artists like Munch, Bruno Liljefors, Anders Zorn and Carl Larsson. On your way in, glance at the Poseidon statue in front of the museum — city residents were threatened by his original anatomy and insisted on a drastic reduction in the size of his penis.

You can see the museum, along with the old town, Lilla Bommen, Avenyn, Gustaf Adolf Square, and other major sights on an introductory walking tour of the city.

Just off the west coast, the Bohuslän archipelago consists of thousands of tiny islands scattered in the dark-grey waters of the Skagerrak arm of the North Sea. The islands range from Hönö, which boasts a year-round population of more than 5,000 residents, to tiny specks of granite that barely rise from the surf.

You can spend a day or a week exploring the myriad pleasures of the many islands. Take a ferry out to the populated islands and enjoy the day strolling through small fishing villages, admiring the wooden cottages and their gardens. For a water view, we can arrange for you to take a yacht cruise through the islands with a stop at Käringön, know for its pretty, car-free town.

The most essential Swedish ritual: fika

The easiest way to describe fika is perhaps the most incomplete. It’s the act of sitting and enjoying a cup of coffee and some snacks with friends or family and chatting. As a result of fika, Swedes lead the world in coffee consumption. But more than that, it’s a way of life that has become a defining ritual for many Swedes, in cafés, offices and homes around the country.

There’s no better place to slip into this daily custom than in Gothenburg. The youthful population is known for its welcoming attitude, and the abundance of excellent cafés means there are plenty of places to sit down and enjoy a cup of coffee and cinnamon roll or sju sorters kakor (seven kinds of cookies).

Sweden’s largest botanical garden, Botaniska Trädgården invites you to while away an afternoon strolling along winding paths that curve between thematic gardens and ornamental ponds. You’ll see a delightful mix of formally manicured gardens and more naturalistic scenes, with trickles of water flowing down stones amid a welter of foliage.

If you’re visiting in the spring, look for the rhododendron valley, which blooms into a sea of fuchsia blossoms against glossy green leaves. You’ll also see a bamboo grove that evokes the landscapes of Southeast Asia, and a Japanese garden that seems lifted straight from Kyoto.

Thanks to the Gulf Stream, Gothenburg enjoys a relatively mild climate. Temperatures top out at about 21°C (69°F) from June to August, when residents and visitors alike take advantage of the ample sunshine. Winter arrives in mid-October and doesn’t exit until March, bringing lots of snow and lots of opportunities for outdoor sports.

April, May, September and October have notoriously fickle weather, with warm sun one day and snow the next. But crowds are thinner during these months. 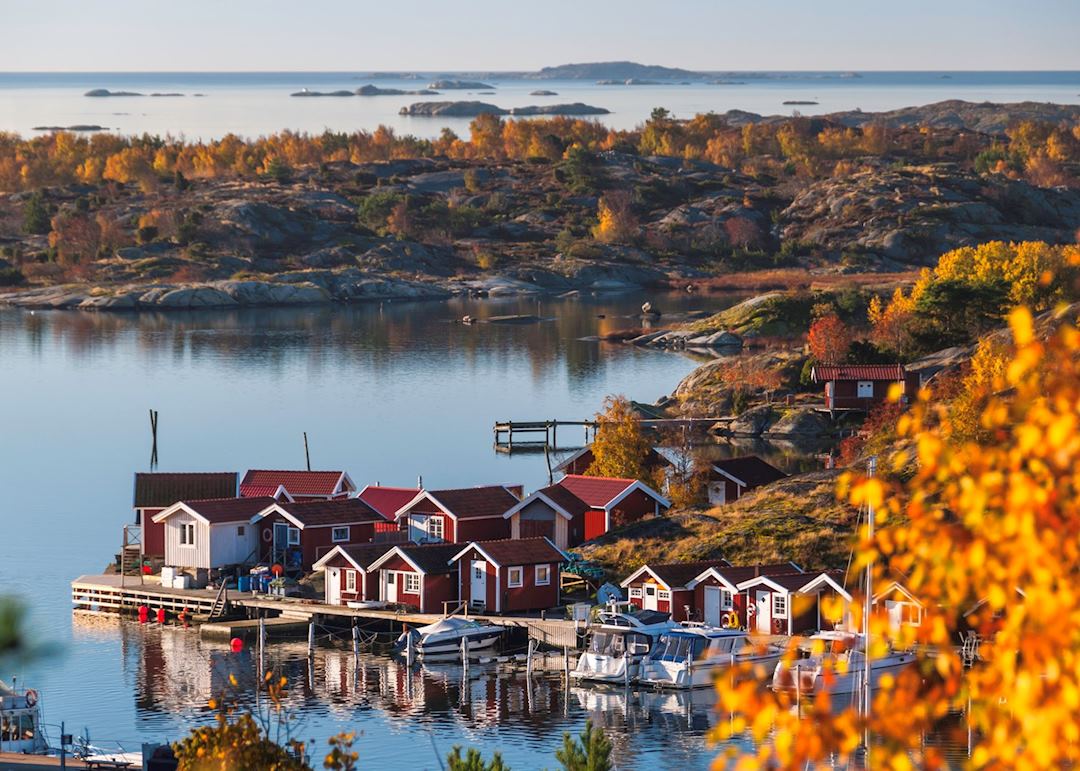 Start planning your trip to Gothenburg

We’ve selected a range of accommodation options for when you visit Gothenburg. Our choices usually come recommended for their character, facilities and service or location. Our specialists always aim to suggest properties that match your preferences.

Our specialists seek out authentic ways to get to know the places that could feature in your trip. These activities reflect some of the experiences they've most enjoyed while visiting Gothenburg, and which use the best local guides.