We’re not taking new bookings for travel to Sweden at the moment. Our specialists can advise you on all the destinations you can currently book with us.

An ultra-modern skyscraper contrasted with 13th-century buildings, a sprawling park and an important medieval fortress, in the cosmopolitan city of Malmö.

A little gritty and very cosmopolitan, Malmö is connected to its stylish sister-city of Copenhagen by the long, photogenic Øresund Bridge. This is a city that embraces contrasting extremes — you can wander past the gabled Renaissance houses in the old town and see the cutting-edge Twisted Torso skyscraper all in one morning. The local university gives residents a youthful energy, which means you’ll find an abundance of opportunities to explore on foot, by bicycle or via kayak.

This wasn’t always a vibrant metropolis — for a long time, Malmö was considered a somewhat staid backwater. But when the Øresund Bridge opened, it blossomed into an important, forward-thinking economic powerhouse, and today, locals say that ‘all roads lead to Malmö’. The well-preserved old town, with its cobbled lanes and 13th-century buildings, is home to modern galleries and stylish cafés where you can join locals in enjoying coffee and sweets.

The oldest quarter in Malmö, Gamla Staden was built on an island in the heart of the city. The western historic district, Gamla Väster, includes impressive historical buildings and squares that date back as far as the 13th century, while the eastern district was mostly built during the 1960s.

A privately guided tour can introduce you to the most important sights, including Stortorget, a graciously proportioned cobble-lined square that’s ringed with 16th-century architecture, and Lilla Torg, a smaller square with half-timbered houses and alfresco cafés. You’ll also see Kockska huset, a stately brick palace with a step-gabled roof.

The city doesn’t have a cathedral, but the spiky, red-brick bulk of Sankt Petri Kyrka (St Peter’s Church) is impressive all the same. The imposingly dark and Gothic exterior conceals an airy, bright interior with soaring columns that seem too slender to hold up the high, vaulted ceiling.

The architecture isn’t the only reason to visit. Duck into the Krämarkapellet (literally ‘chapel of the vendors’) to see the original medieval murals. Set against a background of intricately curving vines, the paintings depict scenes both secular and sacred subject with an unusual level of sophistication for the late-15th century.

A sandy stretch along Øresund, this beach is just a 20-minute walk from downtown and popular with locals. Its shallow waters are good for families, as is the mix of play areas, bathing houses and barbecue spots along its more-than-a-mile length. At the northeast end of the beach, you’ll find a facility with saunas, a restaurant and café, a solarium and a massage service, as well as clothing-optional swimming.

One of the most strategically vital fortresses in all of Sweden, Malmö Castle was built, destroyed and rebuilt several times over the past five centuries. The red-brick complex you see today is the oldest preserved Renaissance castle in Scandinavia — the Knight's Hall holds multiple exhibits of medieval and Renaissance furnishings, added during its restoration in the 1930s. Highlights include the regalia of the Order of Saint Knut and the cannon tower, where you can marvel at the gleaming suits of plate armour.

The complex also houses the Malmö Art Museum, where you can see Sweden's largest collections of Scandinavian art, and the city’s Natural History Museum, which includes the original organ from Sankt Petri Kyrka If you’d like, we can arrange a privately guided tour of the castle that includes the castle.

Built for the king in the 19th century, this sprawling park wraps around the castle, providing a sunny place for you to enjoy a summer picnic or a nice quiet stroll. You can admire its many ponds, shaded by more than 100 mature trees collected from around the world, as well as a variety of themed gardens. In addition to the rose and orchard gardens, you can also visit a tidy, well-tended vegetable garden that’s cared for by the city’s school children.

While you’re there, you could enjoy a meal at the park’s Slottsträdgårdens Kafé, which serves locally grown foods with a focus on sustainability.

Because it’s so far south, all of Skåne province enjoys a mild climate, making Malmö an excellent destination year round. The weather is warm May to September, and winters are temperate, though it can get windy at the coast. 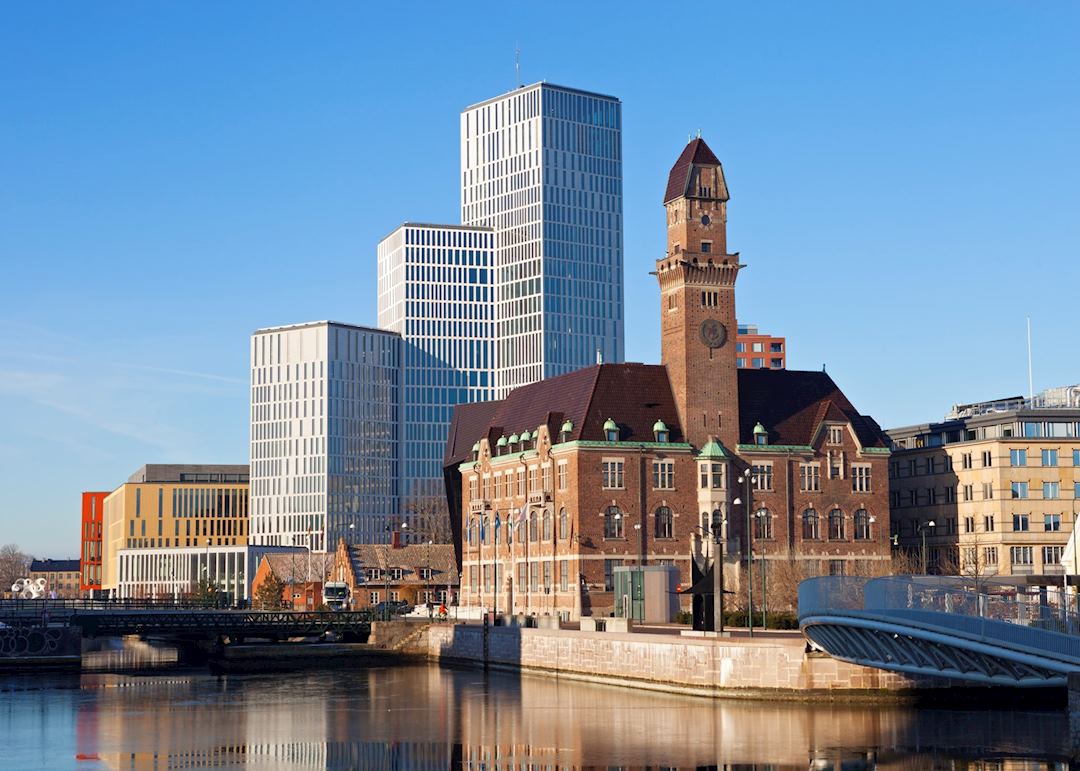 Start planning your trip to Malmö

We’ve selected a range of accommodation options for when you visit Malmö. Our choices usually come recommended for their character, facilities and service or location. Our specialists always aim to suggest properties that match your preferences.

Our specialists seek out authentic ways to get to know the places that could feature in your trip. These activities reflect some of the experiences they've most enjoyed while visiting Malmö, and which use the best local guides.