When is the best time to visit Switzerland?

The best time to visit Switzerland is between April and October, though winter sports enthusiasts may prefer December to March. The country has four distinct seasons, each with its own attractions.

The spring months of March to May bring Alpine blooms, flowering trees and cows heading out to pasture. In the warmest months of June, July and August summery temperatures prevail, though you’ll rarely get any humidity thanks to the high altitude. This is when locals and visitors alike head to the lake shores, meaning thicker crowds.

The wine and fruit harvests dominate the autumn months of September to November and from December to February, you’ll find snow, cold and winter sports.

In the lowlands, rain most often falls in November and May. Because it’s between the busy summer and winter seasons, these months are when many attractions have limited hours and residents often take their own trips.

Alpine wildflowers make Switzerland really lovely in May, but I think I prefer the autumnal brilliance of September, when the forests turn a burnished gold and the mountaintops acquire a dusting of snow. You might even catch an Alpabzug, the annual procession of flower-bedecked cows as they’re led out of the mountains to milder grazing areas for the winter.

Month-by-month guide for travelling in Switzerland 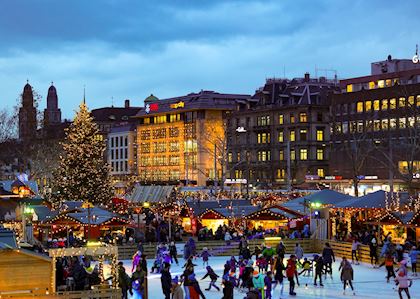 December and January are the coldest, but not the wettest, months of the year. There’s frequently snow, which makes the Christmas markets in Switzerland’s main cities even more festive. Temperatures hang around freezing, but it’s still common to enjoy crisp blue skies and bright sun reflecting off the snow. 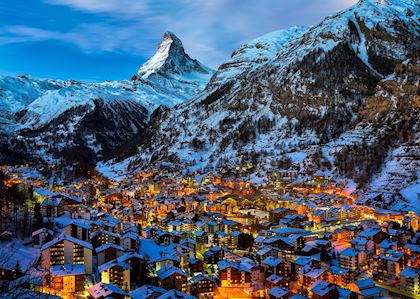 Temperatures begin to rise in February and March, but these months tend to see more rain and snow at altitude. Ski resorts are very busy at this time, since many schools take their mid-term breaks. 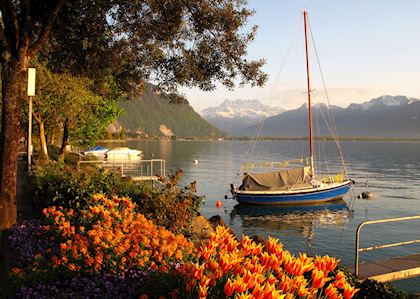 Visiting Switzerland in April - May

Spring arrives over April and May, and bright flowers come out on the Alpine mountainsides and in the green, low-lying valleys. Meadows return to life, dairy cows are released to graze and Alpine resorts become void of skiers. April can sometimes see a late flurry of winter weather.

In the summer months of June and July, the mountain scenery is at its best. The weather is mild and temperatures are pleasant and rarely too hot. Days are generally dry and sunny, offering clear views across the mountain peaks and rolling countryside. 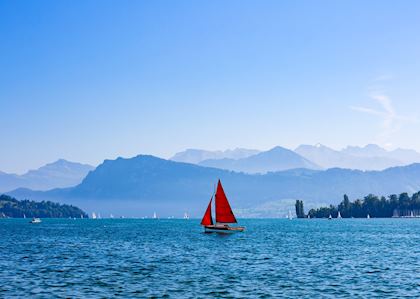 As autumn approaches in August and September, the lakes, mountains and cities all overflow with harvest beauty. Flowers adorn wooden chalets, the forest scenery takes on a cloak of golden brown and more mountaintops take on snowy caps. Farmers are out in force as fruit trees ripen and grapevines bend under their heavy load. 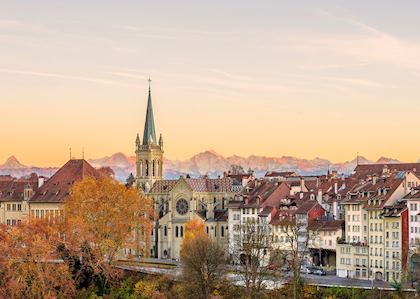 October and November mark the late autumn, when the last of the wine grapes are harvested, the cows are brought down from the hillside and the weather begins to turn cold. In early October you can be blessed with lovely sunny days, but as the days shorten through November many hotels, restaurants and attractions close their doors for respite and refurbishment before the busy winter arrives.

Practical tips for travelling to Switzerland, from social protocols to guidance on money matters, with a link to the latest government travel advice.