Known to locals as Sop Ruak, the Golden Triangle is the English-language nickname for the hilly, forested area in the north of Thailand, where it meets Laos and Burma. Despite the region’s fraught history, today it’s a serene landscape where you can explore coffee plantations, traditional villages and slow, winding rivers, as well as one of the best elephant sanctuaries in Thailand. 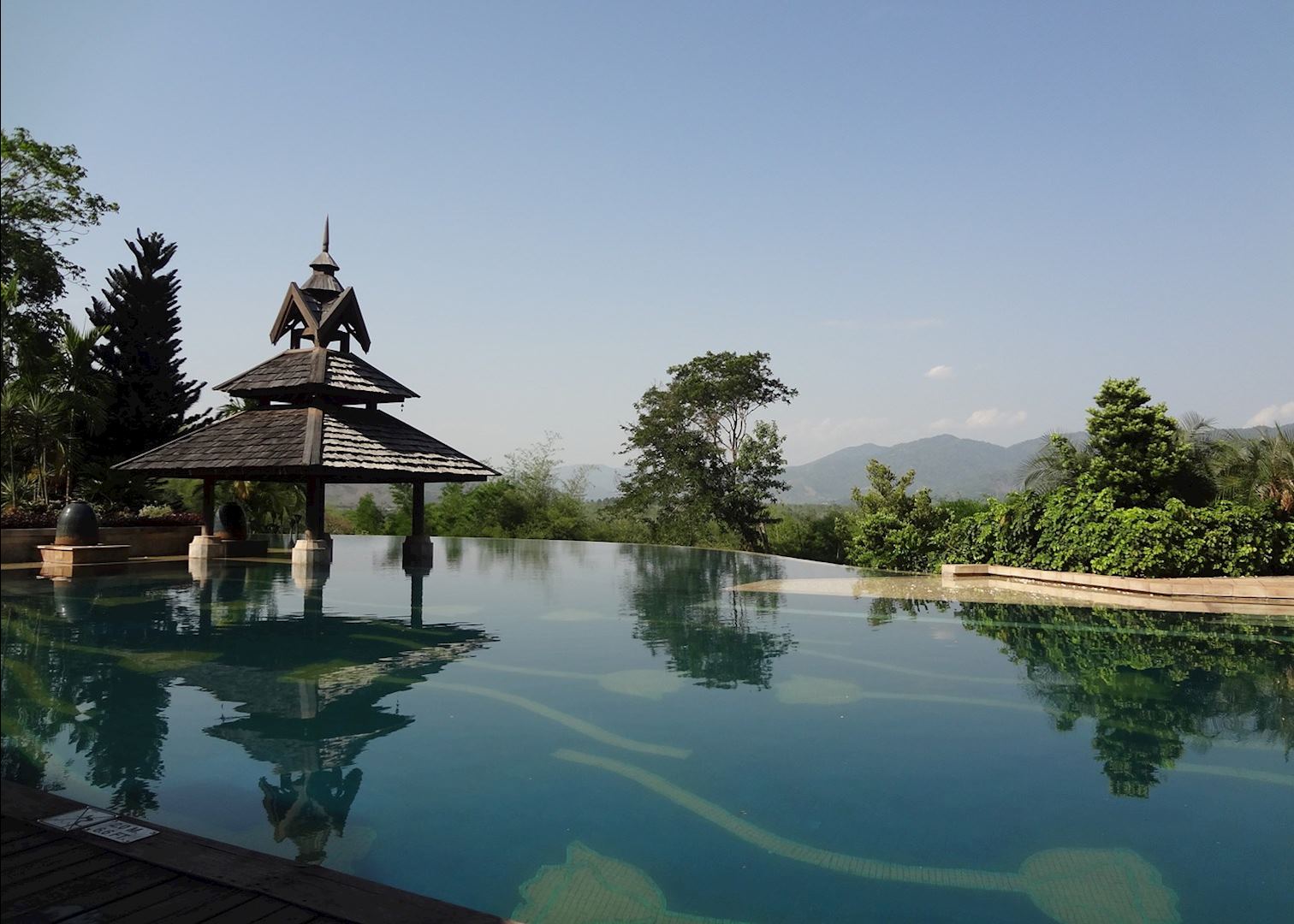 The town is also home to Anantara Golden Triangle Resort, an indulgent, all-inclusive retreat. From its hilltop infinity pool, you can see Thailand, Laos and Burma, as well as the confluence of the Mekong and Ruak rivers.

If you want to venture across the border, we can set up a visit to the border town of Mae Sai, where you’ll cross the Sai River into Burma to explore Tachileik. This gritty town is cluttered and unlovely, but it offers a look at life on the border and a chance to see a Shan-style temple.

At more than 200 steps, the climb is taxing but reaches a pinnacle with views across the green hills and into Burma and Laos. You can explore two caves and admire the antics of the hordes of macaque monkeys that swarm around the temple. 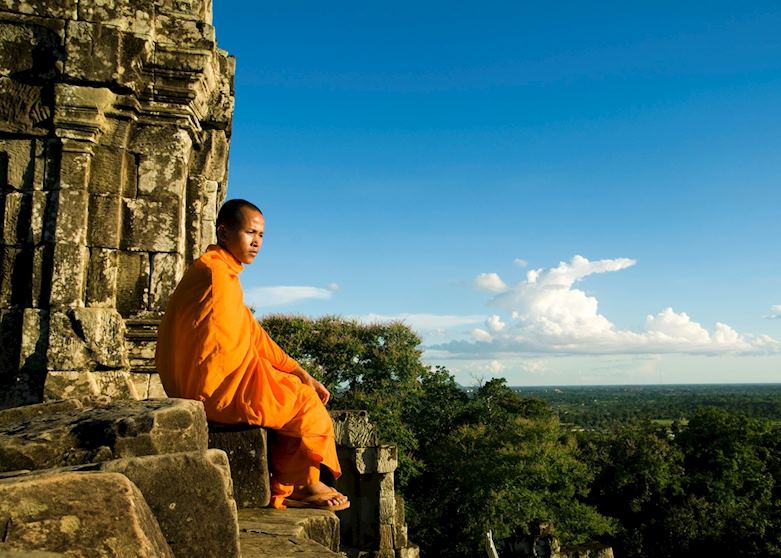 This trip is perfect for those wanting to experience the main highlights that Indochina has to offer and covers a diverse range of experiences. Starting in northern Thailand you take a relaxing cruise down the Mekong towards the UNESCO protected site of Luang Prabang. You then fly on to northern Vietnam to explore the colonial capital of Hanoi and the limestone karsts of Halong Bay. After time in the Chinese influenced central Vietnam you continue to the south and through the picture perfect Mekong Delta, and then fly to Cambodia's capital Phnom Penh. The trip culminates with some time to explore the majesty of the Angkor kingdom near Siem Reap. 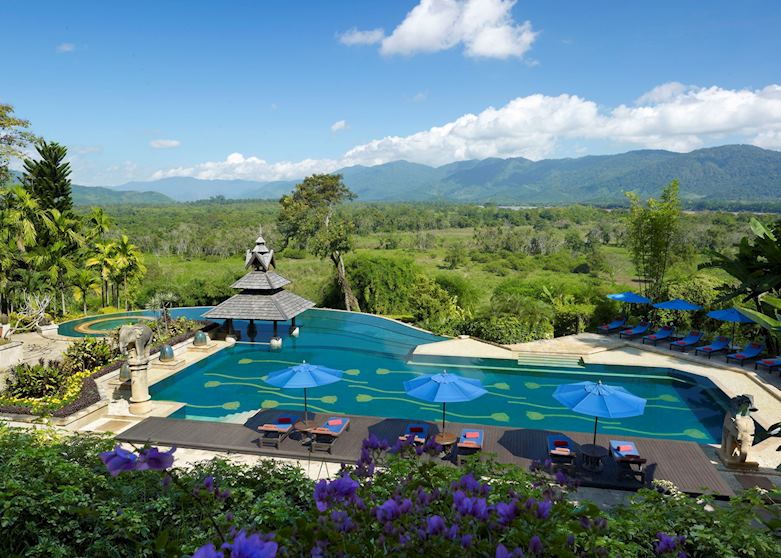 A relaxing, comfortable hotel perfectly positioned to capture the unique atmosphere of this mysterious mountain area or a stepping stone to Myanmar and Laos. 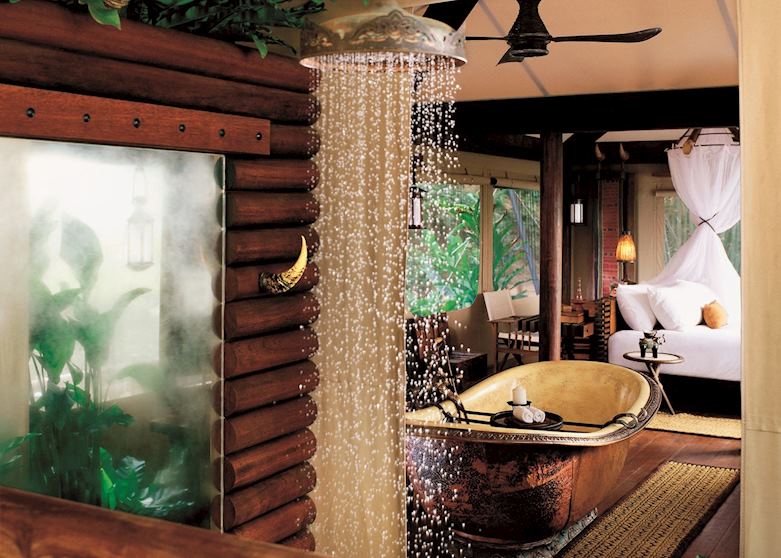 Reached by riverboat through exotic bamboo jungles where three countries meet, a one-of-a-kind experience awaits you at the Four Seasons Tented Camp. 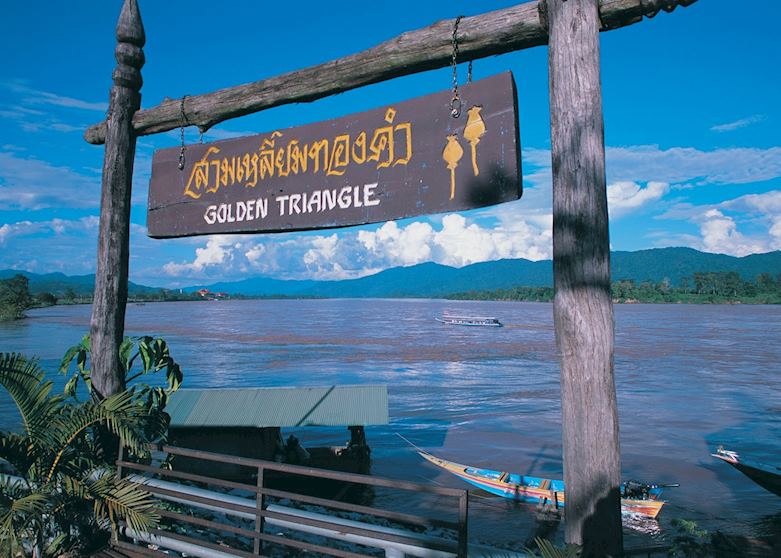 Learn about the 19th Century opium trade in the Golden Triangle

The Opium Museum, situated in the heart of the Golden Triangle and opposite the entrance to the Anantara Resort, provides an excellent insight into the opium trade so prevalent in this area over the past century.