Our first stop was La Paz, the highest capital city in the world. We spent three days there exploring the city and especially the fascinating Witches Market where you can buy anything from silver jewelry to a llama fetus! From La Paz we made our second visit to Lake Titicaca and spent an hour or so visiting one of the islands. Our guide Ivor and the boat driver provided a very welcome picnic which was shared with several local children, making the visit even more special. We also visited one of the reed islands where I was treated to a ride on one of the reed boats made by the local people. 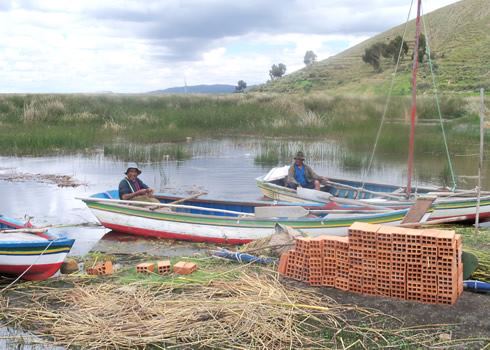 The Hotel Luna Salada in Uyuni is made completely of salt and we thoroughly enjoyed our time there exploring the high plateau of the amazing Andes mountains and the salt pan which, at 12,100 meters is the highest and largest in the world. This has to be one of the most beautiful places that we have ever visited. At this time of the year the salt pan is covered by about three inches of water so you can see the reflections of the surrounding snow-capped mountains and the lorries which collect the salt in the water, making it difficult to see where the salt pan ends and the sky begins.

This time we had our picnic on the shores of the Laguna Colorado which is home to three species of flamingo. It's red in color because of the plankton which serves as food for the flamingos, Veronica informed us. Again a most beautiful and tranquil place with no one around but us four. We traveled on past the Sol de Mañana geysers which spectacularly rise to 100 meters. We stopped to see beautiful lagoons and eventually arrived at the Licanbar volcano, 5,865 meters (19,242 feet) above sea level.

We then flew down to Santiago where, because we had been before, we just spent one day and night before flying down to Temuco and driving to Lago Villarrica in the beautiful Chilean Lake District. We spent three days in the small town of Pucón where the whole area is dominated by the smoldering Villarrica volcano which can be seen from literally every angle. 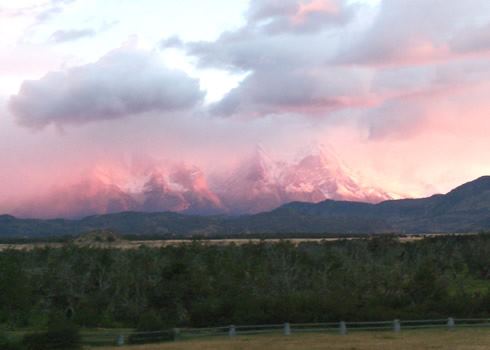 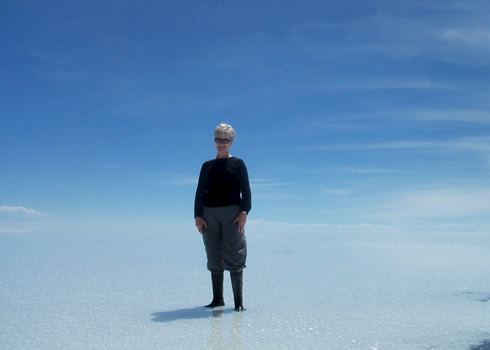 Our last four days were spent in Rio de Janeiro, but because we had been before we didn't visit Corcovado or Sugar Loaf Mountain although of course they can both be seen from everywhere. Rio is such a beautiful city and we just loved to sit on Copacabana Beach watching all the goings on and sunbathing of course. After a month of traveling this suited us just fine.

We had an amazing adventure and I make no apologies for using so many superlatives because it was a trip of a lifetime.


All photos featured in this article were taken by Angela Bishop.