Colombia’s jungle- and mangrove-riddled Pacific Coast doesn’t get an entry in most guidebooks, it’s that cut off from the rest of the country. In fact — bar the odd passing cargo or mail ship — the only way in is by air. Once you’ve touched down on a tiny landing strip outside the settlement of Nuquí, or Bahia Solano, you’ll discover that roads aren’t really in existence here either, give or take a couple of dirt tracks.

What, then, is the Pacific Coast’s appeal? Precisely its lack of roads, its frontier-like isolation. You’ll find little infrastructure, no internet, buildings that run on generators alone, and no phone reception. What you will find are a tropical coastline where rainforest spills into the sea, a national park almost devoid of human footprints (unless you count the local Emberá fishermen) and an earthy Afro-Caribbean community totally divorced from the Paísa influence you’re more used to seeing around Colombia.

The Afro-Caribbean culture is much stronger here than even on the Caribbean Coast and Cartagena. Descended from the survivors of runaway slaves, the local people speak their own eccentrically accented patois. Even if you can converse fluently with Colombians elsewhere in the country, you might find yourself asking people here to repeat themselves.

Unlike in other parts of South America, there are no obvious activities or purpose-built tours to experience the local culture. You’ll find it, instead, in the incidentals. You’ll see it, perhaps, when passing a local school, where children play xylophones and put on exuberant concerts for their parents. Or, you’ll smell it in the plates of fresh-off-the-boat fish, patacones (fried green plantains), salchipapas (French fries and sausages) and arepas (pancakes). Menus aren’t a thing here, and servings are hearty and generous. 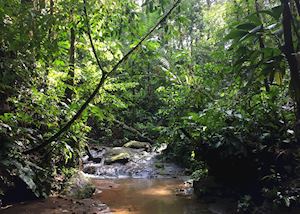 You’ll most likely stay in a lodge just outside one of the region’s small towns, and head out on trips to explore with a private guide.

The coast consists of long, unbroken stretches of rainforest-rimmed beaches with sand that can be pewter-gray in some places, the shade of molasses in others.

There’s barely a soul in sight, though some slightly more developed beaches have towels and loungers you can hire. And, the water (unlike on the Caribbean Coast) is calm enough to swim in — though it’s also capable of whipping up waves that will give experienced surfers their money’s worth.

The gleaming jewel in the Pacific Coast’s crown is Parque Nacional Natural Utría, a protected park that’s only accessible from the water. You’ll get to it via a 90-minute ride in a local boat — a lancha.

Even in the pouring rain (this is one of the rainiest places on Earth), the park can present quite the spectacle. You’ll see rainforest practically dripping down into a large lagoon, with streams of mist rolling down from the mountains at the park’s rear.

Olive ridley sea turtles roam the beaches, and you can take boat rides through the mangroves. At the right time of year, you might see humpbacks off the coast, teaching their calves how to breach.

Rain pelts Colombia’s Pacific Coast all year round, though sunny days are possible too. If you spend time there between June and October, you’ll have good chances of seeing humpback whales offshore. 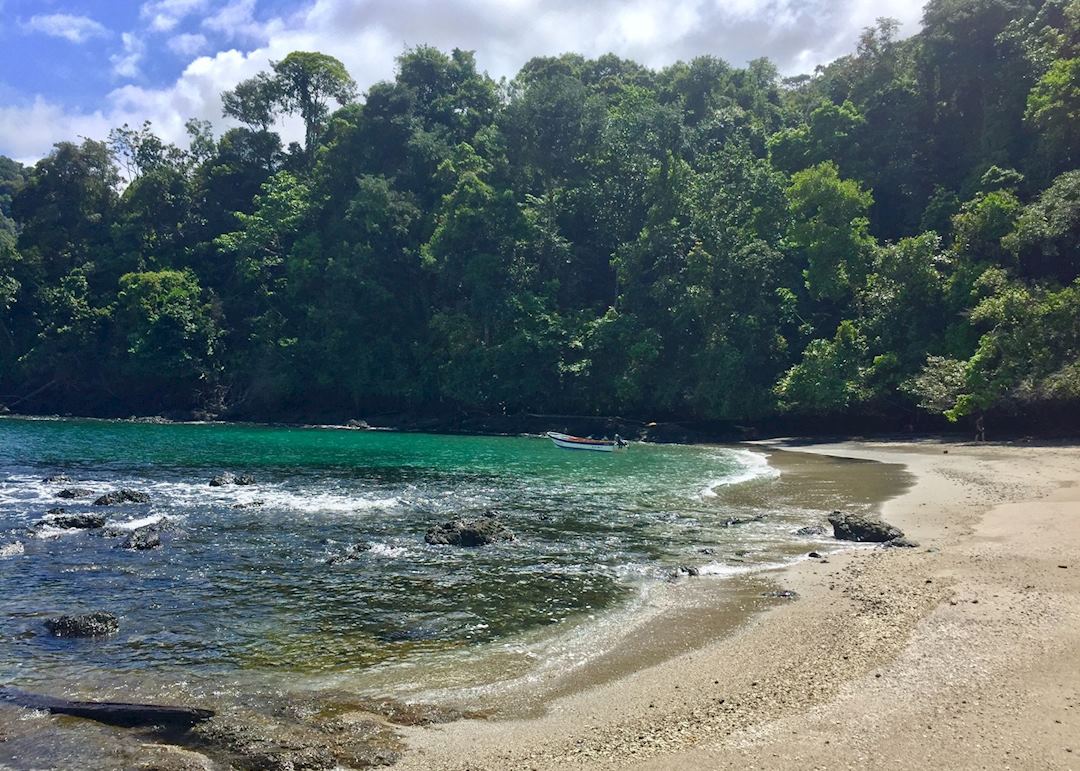 Start planning your trip to The Pacific Coast

Request a Quote
Map view Places near the Pacific Coast

Map of the Pacific Coast

Places near the Pacific Coast

Photos of the Pacific Coast

Accommodation choices for the Pacific Coast

We’ve selected a range of accommodation options for when you visit the Pacific Coast. Our choices usually come recommended for their character, facilities and service or location. Our specialists always aim to suggest properties that match your preferences.