A medieval castle, Greco-Roman ruins, narrow lanes packed with artisan boutiques, and a seafront promenade, all in Limassol.

Perched on a sweep of golden-sand beach, Limassol lies on the southern coast of Cyprus, facing a large natural bay. This strategic position has been exploited for millennia and there’s wealth of history for you to explore, including Greco-Roman ruins, a thriving old town and the castle where Richard the Lionheart married Berengaria of Navarre.

The latter event happened at the city’s castle, which still makes up the core of the old town. Surrounding that, you’ll find the Old Port’s narrow streets lined with traditional artisans’ workshops as well as modern cafés and boutiques. You’ll also come across ornately decorated churches and quaint alleyways hiding tavernas.

A wide, palm-lined promenade follows the coastline away from the Old Port, dotted with playgrounds and more cafés, as well as sea-facing benches so you can admire the view. The coastline east of the city leads to the nearby town of Agios Tychonas which, due to its long Blue Flag beach, collection of luxurious hotels and seafood restaurants, is a popular base from which to explore.

Things to see and do in Limassol

A 14th-century fortress, built on the remains of an early Christian basilica and a Byzantine stronghold, Limassol Castle has a long and turbulent history. It’s been occupied by everyone from the Venetians and the Ottomans to medieval English and Victorian British, who used it as a colonial prison.

The castle is easy to visit on your own, or we can arrange a guided tour. Either way, you’ll find a wealth of weaponry and armour, Byzantine mosaics and medieval coins, and an olive oil press that dates from the 7th century.

The city’s old quarter is remarkably compact, comprising narrow, stone-paved lanes that spread out from the castle like a spiderweb. Despite its size, you can easily spend a day meandering among the artisans’ shops, modern boutiques, old houses, ornate churches and charming tavernas. In the Old Port itself, you’ll find traditional fishing boats bobbing in the blue waters.

A bit further inland, you can explore the Turkish Quarter, an area that reflects the larger city’s vibrant multicultural complexion.

Dating back to the Neolithic, Kourion is one of the most compelling archaeological sites on the island. In the 13th century BC, it hosted a thriving Mycenaean colony and later, a lively Greco-Roman city with a temple dedicated to Apollo. Today, you can explore the well-preserved villas that date back to the 2nd century BC, as well as a Roman-era amphitheatre and an early Christian basilica.

If you’d like to visit the site, which is located just a short drive from downtown Limassol, we can arrange for a privately guided tour that also includes a visit to the wine village of Omodos in the nearby mountains.

Limassol benefits from a mild climate most of the year, but it can get very hot during summer months. To experience the best of the weather and avoid the summer crowds, we recommend visiting between April and June or September and October. July and August are very busy with visitors, and the island’s roads and villages can get crowded. 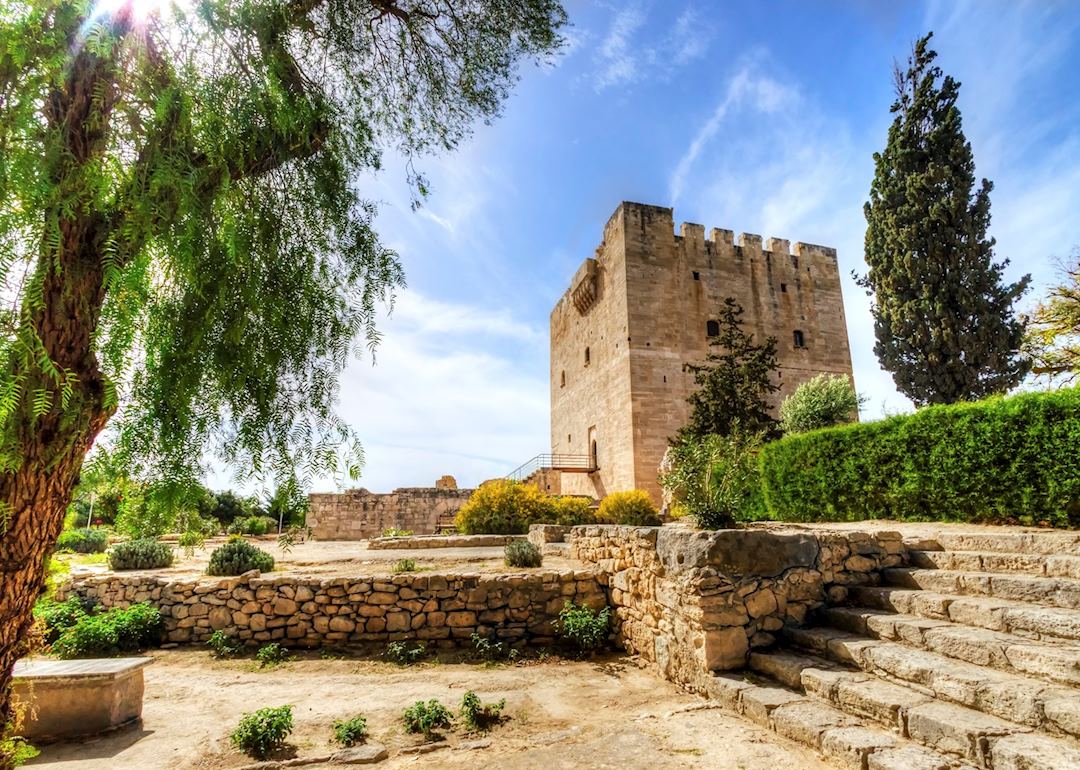 Start planning your trip to Limassol

We’ve selected a range of accommodation options for when you visit Limassol. Our choices usually come recommended for their character, facilities and service or location. Our specialists always aim to suggest properties that match your preferences.

Our specialists seek out authentic ways to get to know the places that could feature in your trip. These activities reflect some of the experiences they've most enjoyed while visiting Limassol, and which use the best local guides.