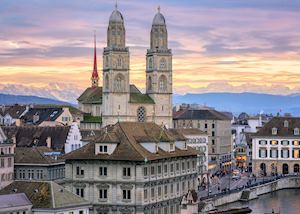 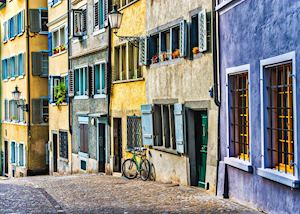 In this two-hour walking tour, you’ll get oriented to Zürich and visit some of the key features of the area. Visit the renowned churches of Grossmünster and Fraumünster, and see Europe’s largest clock face at Saint Peter’s church. You’ll also explore the narrow cobblestone alleyways that wind through the old town, and see the fountains, restored medieval houses and elegant wrought-iron street lamps that decorate the area.

Our itineraries will give you suggestions for what is possible when you travel in Zürich, and they showcase routes we know work particularly well. Treat them as inspiration, because your trip will be created uniquely by one of our specialists.