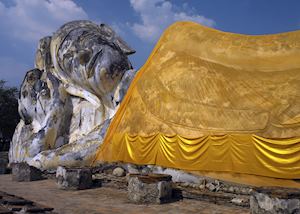 The sheer, rosy brick ruins can look similar from afar and are best interpreted with the help of a guide. Archeological research at the site has recorded 67 temples, which range from small piles of brick to Wat Yai Chai Mongkhon, a monastic complex of temples whose main chedi (bell-shaped tower) dominates the skyline. 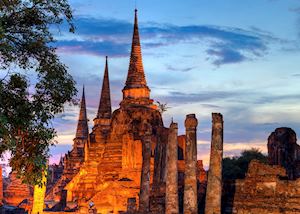