Arriving in St. Louis, you’re greeted by the distinctive Gateway Arch, which dominates the skyline from above the banks of the Mississippi. The arch was built as a symbol of the USA’s westward expansion and makes for a fitting stop along your Route 66 road trip.

The city has plenty more to lure you in for a couple of days. You can explore its musical roots, visiting the National Blues Museum and listening to live blues performances in some of the many bars that line the streets. Stroll around one of the oldest botanical gardens in the USA. Tour the original Budweiser brewery, tasting as you go. Or, join locals in watching a game of baseball at the Busch Stadium.

Founded by the French in the late-17th century, St. Louis is a major port of call along Route 66. Spreading along the Mississippi River, the city is known as the gateway to America’s west, embodied by its 192 m (630 ft) Gateway Arch — the tallest man-made monument in the world.

It’s impossible to ignore the gleaming metallic arch that stands proud above the city, the only challenge is fitting its entire frame into a photograph. 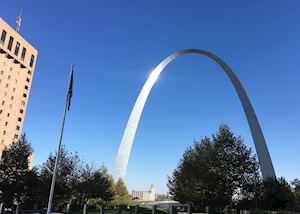 You can discover more about its construction at the small museum at its base. And, you can ride a slightly claustrophobic pod-like tram to the top of the arch and a small viewing area with far-reaching vistas over downtown St. Louis and the river.

Wandering around the city itself, Lafayette Square is a leafy enclave lined with grand Victorian townhouses. The square is on the National Register of Historic Places, and its focal point is Lafayette Park, one of the country’s first public parks. Following in the residents’ footsteps, you can walk along the edge of Lafayette Park Pond or attend a concert as people have done since 1836.

Also within the city is the Missouri Botanical Garden, which dates to 1859. Here, you can admire one of the world’s largest collections of orchids, stroll through Japanese and Chinese gardens and see the 19th-century former home of the garden’s founder, Henry Shaw. There’s also a conservatory housing tropical rainforest flora, while in the Temperate House you’ll find Mediterranean species.

To hear more about the garden’s history and plant life, you can join a free walking tour. Alternatively, board the park’s tram, which has an on-board narration describing each of the different areas.

Elsewhere, the National Blues Museum takes you through the history and culture of blues music. In the early 20th century, musicians in St. Louis helped influence the genre and put their own stamp on it, creating the more piano-heavy St. Louis Blues.

The museum’s interactive exhibits cover the genre’s beginnings, its growing popularity during the 20th century and iconic musicians of the time. You can even have a go at playing an instrument yourself, and there’s a performance space that hosts live concerts regularly.

Explore the blues further in some of the city’s many bars, which host live performances most nights, often alongside a traditional Southern food menu. Several line South Broadway, including BB’s Jazz, Blues and Soups, Beale on Broadway and the New-Orleans-inspired Broadway Oyster Bar.

Another popular St. Louis export is Budweiser beer. On a visit to the Anheuser-Busch Brewery, where the beverage was originally brewed, you can join either a free 45-minute tour or a longer, more comprehensive version that includes beer tasting.

Your guide will walk and talk you through the brewing process, as you’re shown the brew kettles and aging cellars. Afterwards, you could enjoy some alfresco refreshments in the brewery’s Biergarten. 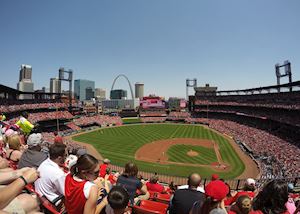 If you time your visit right, you might be able to watch a local baseball match at the Busch Stadium, home of the St. Louis Cardinals. Even if you’re not used to the game and its rules, the atmosphere is electric as die-hard fans come to cheer on their idols.

You can also tour the stadium — a guide will show you the field, the grandstands, the dugout and the World Champion trophies the team has amassed since the late 1800s.

A large city, St. Louis is separated out into different districts, some of which are worth exploring in their own right. We recommend the Delmar Loop: a six-block district along Delmar Boulevard known for its bohemian, artistic culture and excellent restaurants, boutiques and music venues.

We recommend visiting St. Louis between April and May or September and October. These months experience mild temperatures, while in the summer it can become quite hot and it gets busier with visitors.

Start planning your tailor-made trip to St. Louis by contacting one of our US specialists 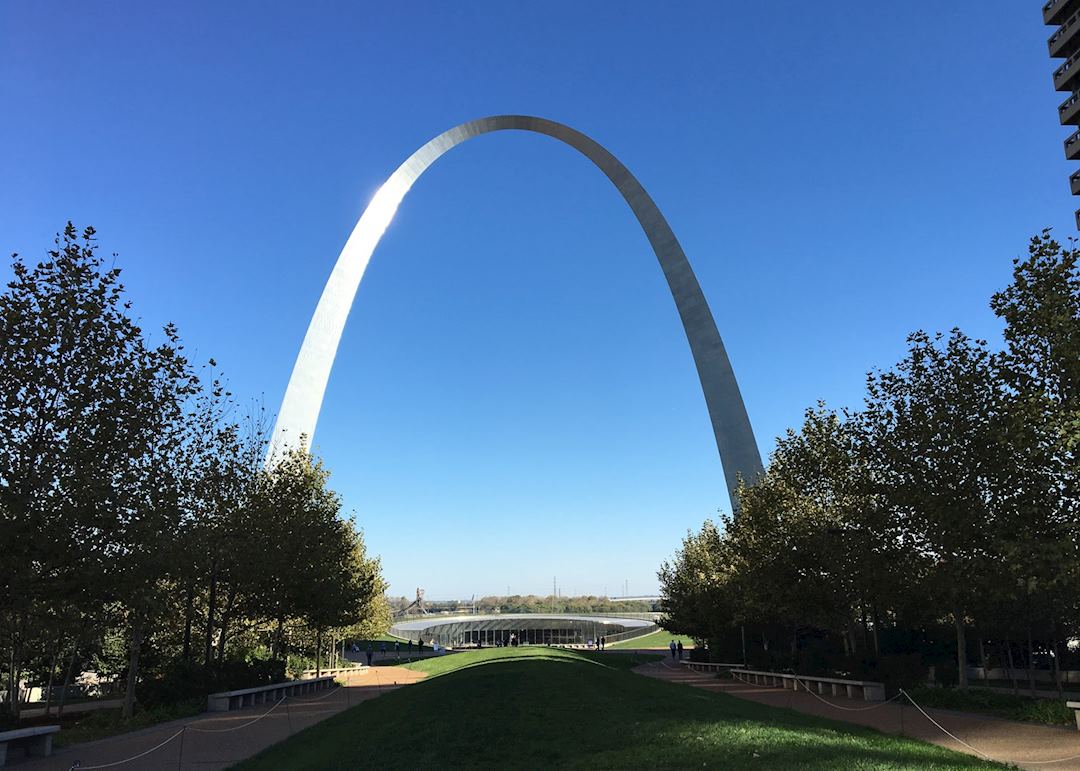