Dating back to 1700 it was once the capital of Russian America when it was chosen by the Russian trader and coloniser Alexander Baranof for his headquarters. 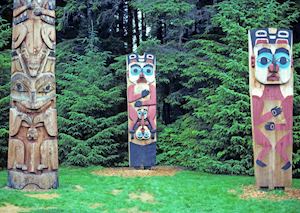 Our itineraries will give you suggestions for what is possible when you travel in Sitka, and they showcase routes we know work particularly well. Treat them as inspiration, because your trip will be created uniquely by one of our specialists.