The Indian Subcontinent is a mesmerising place to visit fuelled as it is by an intoxicating blend of cultures, religions, cuisines and colours, all with a historical backdrop of 5,000 years. 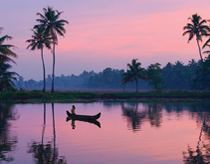 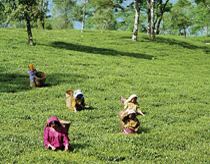 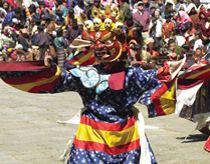 Bhutanese festivals or tsechus are staged all over the mountain Kingdom of Bhutan. Teschus are integral to Bhutanese culture and take place everywhere from tiny, isolated villages to some of the country’s largest dzongs (monasteries). People travel from all over the country to celebrate and increasingly, these colourful events are attracting visitors from around the world.

Tsechus are a wonderful way to experience and gain an insight into this unique culture. Whether visiting a large festival or a smaller, more intimate tsechu you will be thrilled with a captivating mix of sound, colour and atmosphere. I’ve organised a number of once-in-a-lifetime trips to Bhutan for clients and they have been so taken with what they saw, that I have arranged for them to return a year later. 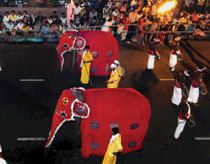 The Escala Perahera festival in Kandy, which happens every August, is the most famous of Sri Lanka’s colourful celebrations. The country’s most sacred relic, one of Buddha’s teeth, is normally kept enshrined within the town’s Dalada Maligawa temple but during the festival it is paraded around the streets with much fanfare. The festival lasts ten days and is a spectacle of elephants, drummers, dancers, chieftains, acrobats, whip-crackers, torch bearers and thousands of pilgrims in procession. 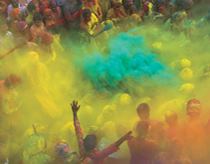 Without doubt Hinduism’s most inclusive festival, Holi, is also known as the “festival of colours”. Famous for the throwing of coloured powders and paints; men, women and children of all ages and castes take to the streets in a spirit of celebration and the party often carries on all day. Whilst some families do still observe Holi as a religious festival, these days t’s primarily a chance for fun, to spend time with family and make new friends.

The festival usually takes place in March although, like many Hindu festivals, its exact date is determined by the lunar calendar. A myriad of stories lie behind the origins of Holi but it is most often associated with the celebration of the fecundity of the land and the coming of spring. Although Holi takes place all over India, rural Rajasthan is probably the best place to experience it — villagers are very welcoming and it’s a great chance to get involved in a truly unique and colourful experience. 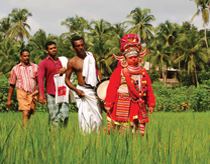 Theyyam is an ancient form of Hindu ritual worship found in northern Kerala which dates back several thousand years. Unlike many forms of Hindu worship it embraces almost all the castes or classes. Ceremonies take place not in temples but at small holy shrines in the countryside and it is not the Brahmin whom the gods choose to incarnate but Dalit (or untouchables, from the lower caste) who are worshipped by the community. 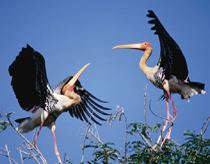 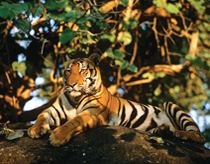 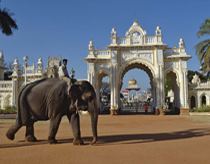